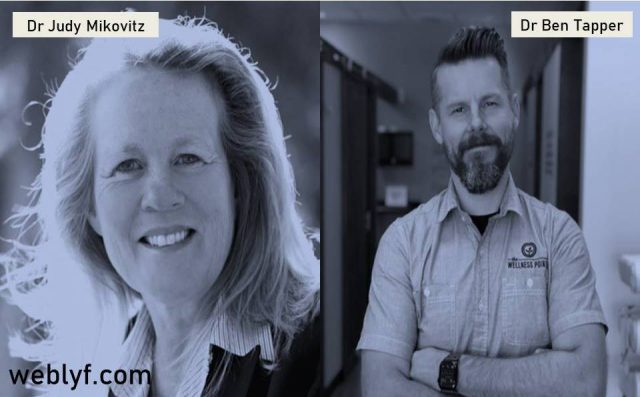 Not known to many, there are now hundreds upon hundreds of people working together to stop the drastic impacts and damages by the seemingly mindless policies being ordered by governments in various places of the world in response to the so called pandemic which has, again, never been proven and objectively justified ever since it started. For example, you can never hear reports from the mainstream media that there is an on-going tribunal about the current corona scandal by the world’s scientists and doctors and they are being supported by thousands of all sorts of professionals who have come to see the deception and realized the real science in contrast to the baseless claims by the World Health Organization (WHO), backed by fear-mongering mainstream media through its daily news programming.

Perhaps, as part of this wonderful effort, the exopolitics.blogs.com ’s report about this states that evidences and documentations from the “Trial Record of its COVID Docket of Documentary Evidence” have already proven the many fraudulent actions being taken by the defendants in the issue of “virus isolation, masks mandates, PCR testing, treatment and vaccines”; that these should be “illegal” as they violate human rights and restrict freedom of the citizens. The name of the tribunal judges includes Prof. Dr. Dolores Cahill, Sacha Stone, Maneka Sjostrom, among other legitimate experts. It was noted in the report:

“Summation of Judgment, Verdict, and Sentences: With approximately 8 hours of Trial Testimony and deliberation, and an extensive Evidentiary Docket, the Tribunal Judges found allegations of the Indictment to be proven beyond a reasonable doubt and the Tribunal Judges approved the Emergency Injunctions and Writs of Mandamus as set out in the Indictment and Amendments, and handed out Incarceration sentences to Named Defendants in the Indictment, by Majority Aye vote, with 1 Abstention and 1 Nay vote.”

It’s been ten months and the drama still continues even though hundreds, if not thousands, of experts protested against the suicidal government decisions. There could be many reasons and some of them are, first, corruption… a very diabolic financial corruption that is being used against the politicians and the constituents that support them. For example, just take a look at the fact that big pharma think-tanks are the biggest lobbying groups in the world. They spend millions of dollars just for the election alone, making sure that the candidates would help cater their agenda even at the expense of the people.

Second is ignorance. The unbelievable ignorance of the politicians, the doctors and of course, the masses who dogmatically believe their propaganda. Imagine that you must go through a very narrow and rigid tunnel first before you can make these people consider your facts for them to “see the truth”. So it’s been ten months and still, this is what Dr. Judy Mikovitz has to say:

“Today’s message hasn’t changed from what we’ve been saying since the beginning of this plandemic. This is clearly a plandemic with no virus isolated from human beings with disease. The CDC admitted all the way back in July that the sequences they were using on the PCR test were actually a synthetic virus that they didn’t have a complete sequence of a disease-causing SARS-Cov2 from a human being. They have it from the monkey cells as we all know and those are the pictures you see. So the sequences containing HIV envelope sequences, along with other coronavirus sequences, have never been isolated from a human with disease and shown to be infectious and transmissible.

This is what I’ve done for forty years since “HtLv1”. You isolate the virus from a person with the disease, you semi-purify it away from everything else. You crack open the nucleus; get that blueprint – the RNA, the genome. You sequence the entire thing free of any other cellular debris. You show a budding particle out of the cell. Not viruses floating through the air or broken exosomes as my colleague and friend Dr. Andrew Kaufman and Dr. Bruce Lipton have shown over the last year and over decades of their work. This is not viruses causing diseases.”

Meanwhile, another doctor from Omaha, Nebraska also spoke about this not once but many times and yet, as usual, he’s still being ignored by the mainstream media and the people in the position. Dr. Ben Tapper has been expressing his protest against the “draconian” measures, saying that policies are apparently becoming strictly mandatory and if people and businesses won’t comply there would be serious consequences. Dr. Tapper mentioned masks mandate as an example as it could, according to him, turn into a vaccine mandate which if people won’t follow, they “will not be allowed to go back to work, earn pay-check, renew driver’s license or function in everyday society without proof of the vaccination”. Dr. Tapper stated on one of this speeches to hearings:

“Imagine a virus so deadly and severe that you have to had a test done to find out whether or not you’ve had it. You guys are basing these numbers on positive cases and not hospitalizations or deaths. That’s what you should be basing those off. The numbers are hyper-inflated by false positives and a never—ending doom and gloom for the mainstream media.

I was thought that fear is the fire that fuels the furnace of disease. And when will this fear-mongering stop? It is terrifying to me to think how easily this masks mandate could turn into a vaccine one. You see I follow the vaccine narrative very closely and I have been for the last decade. I’ve witnessed first-hand the damages that can occur after vaccination. Conditions like transverse myelitis or guillain barre syndrome. I have met many families who’ve lost a child to vaccine injury. Injuries are real and not rare. The companies that lie and gaslight these poor families are the same companies and organizations that feed you and the public this corona propaganda.”

Therefore, it will be very important for these people to continue what they’re doing; to continue protesting and speak out the truth using real science until the people responsible for this tragic medical fiasco finally give up and listen. It is very important for these groups who are doing the tribunal to succeed; that’s the only way to stop this global scam which manifests all sorts of psychotic and pathological characters resulting to serious poverty, hunger, and social insecurity. And most importantly, ordinary people should also continue to learn and help these movements in their actions so we can all be freed from lockdowns and illogical restrictions to rebuild our lives; toward a “better normal”. As what Dr. Ben Tapper has said:

“Freedom isn’t safe but it’s a safest thing we have.”