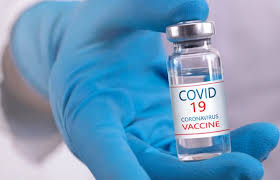 A registered nurse named Ellis proudly admitted that his four children were never vaccinated. In a quick interview posted in Youtube (see the link below), Ellis said that he and his wife, which is also a nurse, “went against all medical advice” regarding vaccination due to the reason that they don’t believe that vaccines are safe and effective. Ellis said: “I researched a lot. People don’t even know about the vaccine courts that pay out lots of settlements yearly; every year so we decided not to vaccinate because we don’t want to take a chance”.

When Ellis was asked “why do doctors just want to vaccinate the children” so badly, he answered:

“I really believe a lot of doctors are just parroting the medical establishment. You know, the community they’re just saying what they’ve heard from medical school. They don’t actually know the truth about it. They’re just parroting what they’ve been taught. I think some of them know the truth… but for the most part, about your question is big pharma; you know they’re pushing this everywhere you go, every CBS gives you flu shot with a toy, a dollar, a gift card if you come in and get it. I mean, what is this agenda?”

When asked what percentage of nurses he thinks realized the dangers of vaccines, Ellis said:

“I’m gonna say like maybe ten percent. Because I did work with some nurses that refused the vaccines. The hospitals were mandating that we as an employees had to get the vaccine. No you can file for “religious exemptions” or you just have to write that you have to wear a mask every day to work for a season.”

It’s really great to hear people from the healthcare sectors really speak openly about their stance on the issue of vaccination. Though, it’s really not that easy. That’s why the public should be grateful for health professionals like Ellis because voices from individuals like him are very powerful as people prefer to listen to them rather than to a journalist or “ordinary citizens” regardless of how much research they did. That’s a very rigid attitude by the majority, sadly, but that’s the reality. Because sometimes (or perhaps often times), that expectation does not happen especially in realities where most health workers only follow the dogma and orthodoxy of their job and have no time or perhaps even not interested to explore other realms of knowledge related to his or her profession anymore.

It’s hard to just ignore the reality that there are many parents clamoring or even children themselves suffering the consequences they don’t deserve and yet the mainstream media and the public in general do not bother to help. Because to avoid these consequences and probably the worst in the coming years, parents should be informed and then inform one another until no one is going to support this eugenic scam anymore. And the most effective to deliver the messages are voices from the industry itself educating the public.

So that’s why, we must support these voices until the mainstream media will be outsmarted, defeated, and wears off. Like for example, just last October, a voice from an American pediatric doctor and infectious disease specialist named Dr. Cody Meissner, deserves more shares on social media as the doctor spoke out and raised concerns about Covid-19 vaccines; warning that the “government should better be sure about its safety”.

The doctor, who is also one of the thousands who signed the Barrington Declaration”, also added:

“To me, we’ve got to be very sure that these vaccines do not elicit an adverse reaction that may be delayed…”

This is a very profound and strong statement by Dr Meissner when you really think about it because there is really something deeply troubling and questionable about this so-called mRNA vaccine. For example, Life Site News, a much respected alternative media, reported that:

“The Pfizer/BioNtech COVID-19 vaccine, known as BNT162b2, is mRNA based and is allegedly made without cell lines derived from an aborted baby. Other COVID-19 vaccines being touted by governments such as ones from AstraZeneca and the Chinese firm CanSino Biologics Inc. are Adenovirus-vector vaccines, meaning they use the HEK-293 cell line derived from fetal cells harvested from aborted baby decades ago.”

Therefore it is perfectly valid to ask the question: what makes the government and the industry so powerful to have the rights to mandate these vaccines and deprive us our basic needs if we don’t comply? What gives them the power to deny us from travelling without complying with the World Health Organizations (WHO) and Bill Gates’ immunization and digital health passport program? Where is the respect for the “Nuremberg Code”, the “informed consent” and for the Hippocratic Oath?

In addition, since vaccination involves moral argument as vaccines contain not only cell lines and genetic samples from animals but also from aborted human fetuses, it must also be common sense that Christians or religious people, as pro-life, must also strongly speak up and resist mandatory vaccination. Just like health professionals, religious leaders are also in a very appropriate position to question the legitimacy of COVID vaccination and to remind the public the value of medical freedom. And this is what the group called Personhood Alliance did.

On the same month, LSN also published about the Personhood Alliance’s, a Christian pro-life organization, “position on the moral ethics of vaccinations”. According to the members, they are standing on the principle that “the rights of born persons not to be forced to violate their own bodily integrity and/or moral conscience and the rights of pre-born persons not to be trafficked, commodified, and/or experimented upon without their consent.” Therefore the group raises the question of mandatory vaccines, saying it is “unethical and intrusive”:

“The right of bodily integrity and the right to refuse medical treatments for moral, religious, health, or other reasons, must remain intact and protected by law when an individual considers whether to vaccinate or not.”

“…the production of a vaccine or any medical therapy derived from the remains of a human being intentionally killed is wholly unethical and should be made unlawful. The Personhood Alliance affirms the inalienable right to life of pre-born human beings, regardless of the manner of conception, and thus, their right not to be trafficked, commodified, and/or experimented upon.”

Compared to the Catholic Bishops’ Conference of England and Wales (CBCEW) and Pope Francis’ suggestion, the Personhood Alliance must be more consistent with the Christian teachings. Apparently. In contrast, the CBCEW stated that Catholics have “a prima facie duty to be vaccinated” while Pope Francis also stated before that “poor people must be the priority” in the coming COVID-19 vaccination.

The read the full LSN report, go to these links: