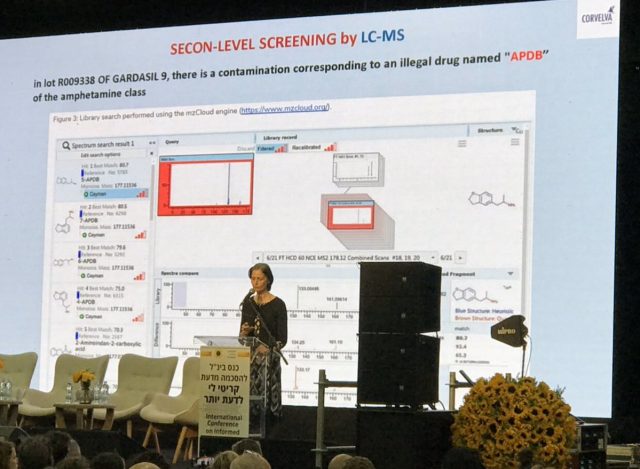 Many countries are now talking about vaccine purchase due to the announcement by the competing manufacturers flooding almost all the mainstream media (MSM) channels on the television, radio, and the internet. What the public barely knew is that on the other side of the vaccine argument, experts and organizations, now fully armed with real science and evidences that the industry tried so hard to bury, are being heavily censored. Yet ironically, the MSM also sometimes publish reports telling about the flaws of the trials and even more questionable facts related to the subject. For example, Forbes once reported that the COVID 19 vaccine trials are “designed to succeed”, meaning that it’s clearly not a science of fairness but a fraud “intended to pass”.

In addition to this, MSM also openly reported that these vaccines, manufactured by Pfizer, AstraZeneca, and Moderna do not really focus on preventing infections but “only eliminate the slightest symptoms” such as colds, coughs and headaches. Of course, this sounds utterly ridiculous as they are the only ones who define inoculation or vaccination as a way to prevent the sickness from infection. But for sure it’s a total lie. Second, the MSM also reported that recipients may also have “births defects due to genetic manipulation”. And lastly, teen the Wall Street Journal reported that “people harmed by Covid vaccines “will have little recourse”. Therefore, it’s difficult not to wonder what’s really happening here.

To have deeper understanding of these inconsistencies and anomalies, one must look back at the 2017 study by Corvelva, “an advocacy group of independent researchers” that has been working to help parents have freedom of choice when it comes to the vaccine mandates since 1993. This group established a very important study in 2017 when Italian government tried to make childhood vaccination mandatory.

Covelva’s study looked at the seven common vaccines being used and pushed today by the WHO and the politicians with, of course, pressure from the vaccine companies. In the study released In December of 2018, it was proven that the four vaccines commonly used across Europe, the US, India, and in many parts of Asia, are not safe and contain agents which are supposed to be very toxic or harmful to the human body.

Loretta Bolgan, a “consultant of the Italian parliamentary commission on army personnel and an expert on vaccination damage” and one of the active members of Corvelva, stated that:

”The antigens are not present as soluble proteins as they are supposed to be, but as insoluble macromolecules. Due to the insolubility, they will not be recognised by the immune system of the body. Hence the efficacy is doubtful. Also, its stay in the body can cause unknown toxicity.”

Indeed, this finding is quite alarming.

In connection to the study, downtoearth.org reported:

“Jacob Puliyel, a paediatrician at St Stephen’s hospital, New Delhi, published a paper in the Indian Journal of Medical Ethics in September 2017 on post-vaccination deaths in Italy on the basis of Periodic Safety Update Report (PSUR)15 pertaining to data for 2009-11 that GSK submits to Italian courts every year.

As per PSUR-15, 42 deaths took place in the first three days after vaccination, and only 8 in the next 3 days. Among those below one year of age, 54 deaths (93%) occurred in the first 10 days, and 4 (7%) in the next 10 days…The fact that the rate of death decreases rapidly with the passage of time following immunization suggests that the deaths could be related to vaccination,” states the paper.”

Due to the importance of the information discovered and being disseminated by Corvelva since 2018, it’s no wonder that from time to time the group faces hard-hitting blow from the vaccine industries and their lap dogs in the MSM, including the biggest platform Facebook. More intriguingly, one supporter of Corvelva even posted by suggesting the intentionality of censorship being done by Mark Zuckerberg’s platform:

“Corvela, an Italian non-profit organization dedicated to exposing the crimes against humanity of vaccination who previously discovered two aborted fetal cell lines used in vaccine production, MRC-5 and WI-38 through DNA sequencing (revealing that these cell lines have basically been genetically engineered to cause cancer in those injected with them), now faces censorship from Facebook.  After all the intimidation and censorship that people who expose the dangers of vaccines have faced since the pandemic, did we ever wonder why?

Did we ever ask why Facebook and its CEO is so invested in this fraud that they deliberately keep the uninformed ignorant of the risks so they’d just blindly accept that only a vaccine can save us all from this mess? We present our information campaign dedicated to the great giants of the web and their intricacies in the health and pharmaceutical fields. How many of you know that Mark Zuckerberg has his own foundation that funds vaccine development?”

Indeed, this was confirmed d by a Fox News report back in May 2020 in which this tech tycoon “predicted that COVID vaccine will only be available next year”. The report disclosed that “Mark Zuckerberg has put forth $25 million for COVID-19 research through his initiative Chan Zuckerberg”. In addition, the New American also published a follow up story reporting on December 2 that “Zuckerberg Says Facebook Ready to Work with Biden to “Push” COVID-19 Vaccine”.

“Tests on the vaccine Priorix Tetra, also manufactured by GSK, and used for protection against measles, mumps, rubella and varicella, showed that it contained 1.7-3.7 microgram of foreign chicken embryo DNA and human foetal DNA. This is at least 100 times more than the World Health Organization (WHO) limit of 0.01 microgram. Foreign DNA comes from cells used during production of vaccines but should not be present beyond the prescribed limits when the vaccine comes to market. Beyond the prescribed limit, foreign DNA can even cause cancer, says WHO. Foetal DNA can integrate in the host DNA of the recipient and cause mutation.”

We suggest you to read DownToEarth’s complete report regarding Corvelva’s study here: