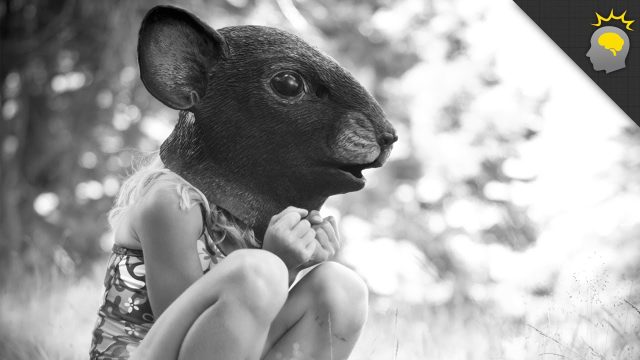 Perhaps our attitude and culture in general, in relation to our treatment on our elders, cannot be easily reformed; it cannot be easily weeded out of our psyche. I hope I’m wrong, though it seems like down to our core, lies the “bio-psychology” of individualism; perhaps, adapted during the very early stage of “civilization” (though I have no idea what specific stage of civilization) or perhaps embedded on our genetic makeup? I am not totally sure about the latter but for now what I really see is that we simply have just been programmed; not specifically to be afar from our original communal sense and treatment to our elders but generally to be a dweller in sprawling urbanized areas. And one of its negative consequences: younger generations most likely to abandon their elders.

We are social creatures and it is clearly visible in the lens of sociology and history that the majority of us need other human beings to survive; that in order for each of us to have a sense of existential value, other people must see our actions, especially the virtuous ones, which we think would help our immediate community or our collective well-being. Therefore, we valued cooperation and brought this down through evolution along with other traits and capacities useful for our survival as a species. However, as things could change through time, it happened that we left this sense of care and value we used to give to our elders. Unfortunately, this abandonment of the elders seems really a bad course our species has chosen.

Looking at different Asian cultures, sociologist and other experts have discovered that Asians are innately caring to their elders and that abandonment is really not much of a norm unlike in today’s society. Today, the respect Asians used to have for their elders has fade away, though not completely, much like in the Western societies where the younger generations do not take full responsibility anymore. For example, in China, the government has passed an “elderly rights law” to solve this problem and save its family oriented values from the damage of rapid industrialization which pushed many people to dwell in cities; to get closer to jobs, causing generational gap as children moved away from their parents. The law puts pressure to children to care for their elderly parent/s.

Similarly, Koreans are also closer to their parents and value the family highly. Theweek.com wrote:

“Not only do Koreans respect the elderly, but they also celebrate them. For Koreans, the 60th and 70th birthdays are prominent life events, which are commemorated with large-scale family parties and feasts. As in Chinese culture, the universal expectation in Korea is that roles reverse once parents age, and that it is an adult child’s duty — and an honorable one at that — to care for his or her parents.”

Japan is also much like what happened to many “developed” countries in the world, however, it stands with its unique elderly population issue. The same article continued with the report:

“According to Social Gerontology: A Multidisciplinary Perspective, 7.2 percent of the Japanese population will be 80 or older in 2020 (compared to 4.1 percent in the U.S.), which will likely lead to a host of new problems for the country. Adult diapers are already outselling baby diapers, and the pension system is on course to dry up.”

UK and the US are similar, according to the same article. Looking at the study of Jared Diamond, a respected anthropologist, it suggests that Western culture has the most individualistic trait. This is one of the main reasons why the elderly population of these places “lives a lonely life, away from their children and lifelong friends”, often “move to retirement communities, assisted living facilities, and nursing homes”. Meanwhile, in the Mediterranean and Latin part, cultures are also pretty much similar. Families and relatives often share homes and work together on responsibilities; a culture that is still intact or perhaps has only been slightly changed and influenced by Western urbanism and commercialization.

As a social creature, it’s difficult to deny that this tendency or fate we humans have as of now can really be compared to a social breakdown of a community of rodents on Dr. John Calhoun’s experiment during the late 60’s or early 70’s. The study became a subject of interest among “architects, city planning councils, and government agencies around the world”. In a controlled small city-modeled environment called the Universe 25, Dr. Calhoun discovered many interesting things that can also be seen in human community; especially a social breakdown due to replacement of the “natural” character and the lack of sense of social responsibility.

Regarding the experiment, victorpest.com explained:

“Between 1968 and 1970, American ethnologist John B. Calhoun (1917-1995) conducted a behavioral study of captive mice within a nine-square-foot enclosure at a rural facility in Poolesville, Maryland. Within the enclosure known as Universe 25, several pairs of mice bred a population, which ultimately swelled to 2,200. Eventually, they established social orders that created inside and outside factions, and soon mating ceased altogether.

Expanding on his earlier studies, Calhoun devised his ultimate research experiment. In Universe 25, a population of mice would grow within a 2.7-square-meter enclosure consisting of four pens, 256 living compartments and 16 burrows that led to food and water supplies. With a plague-free environment, a plenitude of comforts, a lack of predation and an unlimited supply of consumables, the mice would enjoy all the luxuries equivalent to modern human life.”

In this study, the scientist had witnessed what might happen to a colony when provided with everything except “living space needs”. They’d abandoned their responsibility to each other so after two and a half years, they did not survive and went extinct. Though thousands were born, they never develop the “normal” social behavior and skills; not even learned to defend themselves and their territory. In addition, many “developed hostile and cliquish or passive and anti-social behaviors”.

The question on the abandonment of elderly, which is also the abandonment of social responsibility, is not an easy question. Much like many other questions, it can lead to endless arguments and discussions in which might create further polarization and confusion. Though, it is way more than obvious that the situation is changeable. But as of now, apparently, we’re following a global trend in which people became less humane and less caring while also becoming more mechanical due to massive urbanization. And seemingly, it is the dominant culture for now which prefer materialism and vanity over humility and simplicity; the animalistic and narcissistic kind which is also being promoted through advertisement billboards, television shows, and in the covers of the magazines.

On its worst pathological condition, this kind of character has resulted not only to the abandonment of the elders but even to the acceptance of the notion of “eliminating this burden on a society”. This is detrimental to our species therefore, this social breakdown should be avoided. As a lesson from Dr. Calhoun’s experiment, we must prevent this so-called “urban culture” or mindset from completely shattering our relationship to our parents and elders. Because that selfhood, perhaps, is too afraid of its future so profoundly that’s why it pushes back so hard just not to see its own image; a psyche so afraid of the thought of defeat, humility, weakness, unfamiliarity, or being left behind by time that it always seeks happiness rather than purpose in responsibility.

To read the full story of Dr. John Calhoun’s experiment, go to this link: