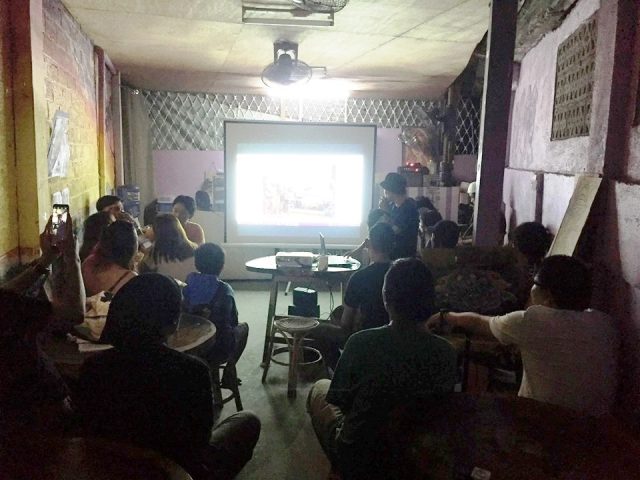 As an advocate of mental health, of course I’ve read and listened to several experts or to very knowledgeable people on the subject; especially those who question things and do not only passively accept whatever is being taught to them. People such as Dr. Peter Breggin, Dr. John Breeding, Dr. Andrew Kaufman, etc., who really speak the truth about mental health and psychiatry. Because I’ve learned that the facts they are spreading are being purposely hidden from the mainstream by the industry itself for the reason that, believe it or not, are very sinister and ugly. These are psychiatrists themselves who tell people that the natural approach to mental health therapy is way more effective and harmless and that psychotropic medication should be the last resort, temporary, or if possible, not to be put on the list of choice at all as it will only worsen the problem.

In one of his interviews, Dr. Peter Breggin commented about antidepressants:

“When you take a drug, it dulls your spirit or it gives you an artificial high. That’s about all the antidepressants can do. So you get a little elated for a while, but that’s fake, that’s biochemical. That’s got nothing to do with life. Or you get anesthetized, you get apathetic; you don’t feel pain that much. They’ve been anesthetized spiritually. You end up locked into place where you were before because your creative energies, your choices, they’re not there anymore. And on top of it, because your neurotransmitters have been disrupted, you can’t quite think with the same sharpness and the same feeling that you used to have.”

It is somehow a common knowledge that money usually kills principles, ethics, morality, and other things when it becomes the driving force behind a decision; be it medical, political, or any other important thing. And in psychiatry, this is mostly the case that’s why the mess we are having right now in mental health institutions is so huge and seems very difficult to solve. In many parts of the world, many mental health professionals have become the problem themselves; instead of helping the patients, they’ve caused the situation to worsen. Although sometimes, money is not the only reason but also the blind loyalty to the dogma or the lack of scepticism (healthy and rational) toward the institution itself. Dr. Breggin also explained why this had happened to many psychiatrists:

“My colleagues have it all backward in psychiatry. They think it begins with the biochemical imbalance in the brain but actually when you get to know people who are depressed, they have depressing lives. They’re stuck in marriages they don’t want or they’re stuck in jobs they don’t want or they haven’t resolved terrible problems with childhood. Many people who have these long-term depressions they can’t escape from, can’t escape from their childhood. And those are the cases, probably the most that need some sort of intensive counselling.”

Indeed, this problem is serious and seems very heavy and grim to look at. When you dig deeper about the subject, you can find many stories and situations that should really not happen and should be considered an important lesson to be learned. For example, in one of his works, Joe Kamm, a registered psychiatric nurse and also an author of the psych-fiction ebook series Ellum, wrote:

“As a nurse working in a residential treatment facility, I would say that I have turned at least twenty children into drug addicts and/or lifelong psych patients. I’m not saying this because I’m proud of it; I’m saying it because it’s true. When you see a mentally ill person on the street, begging for money to buy drugs or alcohol, you might stop and wonder how their story began. Why they ended up that way. For a good portion of these people, the answer is; because of people like me.”

This is just one example of how psychiatrists turn people into drug dependents and ruined their lives by simply prescribing them highly addictive psychotropic drugs that aren’t really proven safe; let alone a real solution to the person’s mental health problem. As what Jordan Peterson, a clinical psychologist, former professor, and a very successful author, has said: “They’re not a cure; they’re a tool for helping control negative emotions…”

“When it came to the psychiatric medications, while it is true, and I certainly subscribe to this notion that for some people, the most severely distressed members of our society, these medications can be experienced as very useful, certainly when taken in the short-term and I accept that principle.

When it came to psychiatric diagnosis, I often found that these diagnoses created the illusion of understanding among me and my peers. I also felt that these diagnoses wee generating stigma in the people I was working with and also leading them to become confused about the real nature of their distress.

For me working in the NHS if felt that there was a huge amount of unnecessary over-prescribing and in addition to that a lot of prescribing that was going on for far too long, prescribing that ultimately, in my view, was doing more harm than good.”

Therefore, as a mental health advocate one should really be careful on the information that he or she presents. In many cases, people are not really critical especially when it comes to the direction they lead to their listeners; they don’t usually talk about this problem; the problem that mental health institutions themselves have created through carelessly misdiagnosing and over-prescribing drugs. It is extremely necessary to consider and speak about this important issue because not so many people are aware about this, including those professionals working at these institutions. Lastly, it is also very important to recognize that mental health and psychology in general are being weaponized by the industries and sometimes by the government for their own benefit.