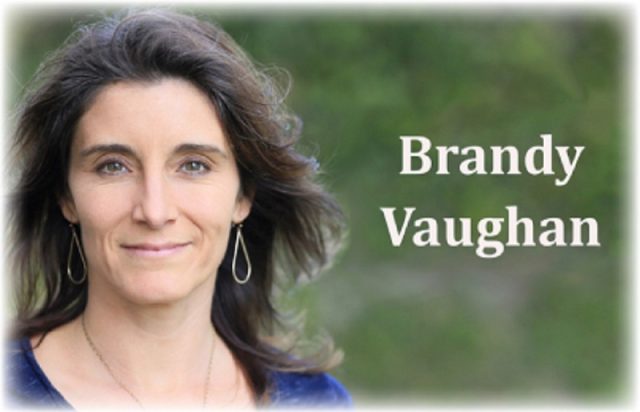 The founder of ‘Learn The Risk’ Brandy Vaughan, 47 years old, was found dead by her own son on December 8, according to social media posts. The cause of death is not yet confirmed but Vaughan was believed by many to be another victim of big pharma murder crimes because of her works. An ex-Merck employee, Vaughan was described by her friends, colleagues, and fellow health activists as an “amazing warrior for medical freedom and truth about vaccines who exposes the dark side of big pharma”. She founded the ‘Council for Vaccine Safety’ as a response to ‘SB277’, the first mandatory vaccination for education law in California.

During her employment at Merck (the company who produced the MMR vaccine which was proven to be causing autism), she worked as a sales executive for Vioxx, a painkiller that was found to be causing risks for stroke and heart problems; the main reason why she became an activist. In relation to this experience, she explained:

“From that experience, I realized that just because something is on the market, doesn’t mean it’s safe… and much of what we are told by the healthcare industry, just simply isn’t the truth.”

As written on the ‘Learn The Risk’ website, a US-based non-profit organization, Brandy Vaughan founded the organization because she “saw the corruption from the inside when she sold a drug (Vioxx) that was literally killing thousands of people” and that “she felt she had no choice when the industry’s agenda to keep us all sick began to spiral out of control”. Learn The Risk had a vision to educate the people around the world about the dangers of pharmaceutical products such as vaccines and other so-called allopathic medicines which are “not really necessary and that are literally killing people”.

Brandy Vaughan was really vocal about exposing the truth regarding the healthcare system and the pharmaceutical companies and she’s also very keen on empowering people to take in-charge of their own health in a natural way. The website also stated:

“The U.S. spends more than any other country on healthcare yet has more chronic health issues than any other country. Half of all adults in the U.S. have a chronic illness, and nearly half will eventually die of cancer.  We are exposed to a cocktail of synthetic chemicals from birth: polluted air and water and processed food laced with pesticides, to which we add pharmaceutical drugs, including vaccines, into the mix.

Pharmaceutical drugs and vaccines contain multiple synthetic chemicals that should NEVER be put into the body. They are part of the reason we have skyrocketing chronic health issues that have somehow become the new “normal” in our society. But this is not normal. And science is clear: Most, if not all, of these health issues, can be linked to pharmaceutical treatments and drugs. In fact, the health care system is now the leading cause of death in the U.S.”

One of the main reasons why such kind of atrocity is happening is because of the rampant corruption within the health industry. On her essay published in ‘The Lancet medical journal’ last year entitled “Corruption in Global Health: The Open Secret”, Patricia J. García, MD wrote:

“Corruption is embedded in health systems. Throughout my life—as a researcher, public health worker, and a Minister of Health—I have been able to see entrenched dishonesty and fraud. But despite being one of the most important barriers to implementing universal health coverage around the world, corruption is rarely openly discussed”

Dr. Patricia García also explained that she realized how big the problem of medical corruption is when she became the Peruvian Minister of Health in 2016, saying that it is because “there is now more money than ever”. She added that:

“The availability of foreign aid for health also fuelled corruption globally. I have seen how, in order to move a strategy on or complete an implementation, it was viewed as acceptable, although sometimes odd (in the words of funders), to pay extra for activities that were part of providers’ jobs or to simply overlook things that were uncomfortable such as “paying health-care providers to attend training sessions.”

“I’ve NEVER had any thoughts of taking my own life, not once, ever. Even before I had my son.

I have a huge mission in this life. Even when they make it very difficult and scary, I would NEVER take my own life. Period.

Bastien means everything to me and I would NEVER leave him. Period. I have sole custody and he needs me as much as I need him. I would NEVER think of leaving him for a second.

I have NEVER been on an anti-depressant nor been diagnosed as depressed — don’t believe it if you ever hear anything like this.

I’ve NEVER taken a daily pharmaceutical drug. And I haven’t taken any pharmaceuticals in 10 years (and ten years ago it was one pill, one day). Nothing over the counter, nothing by prescription. In other words, I’m not on anything that could kill me unexpectedly or suddenly. I’ve never done illegal drugs either. Not even once.

There’s no way anyone could get into my house, no robbers, no angry exes (which I don’t have btw), no fanatical people — my house is like Fort Knox…unless it was someone super professional. It just wouldn’t be possible for anyone without highly special equipment and tactics (I.e. remotely taking down my high-level security system, which they have done before, unfortunately). But my place is also highly secure in a hard-wired kinda way. So even if the power was out, most people could still never get in.

If something were to happen to me, it’s foul play and you know exactly who and why — given my work and mission in this life. I’m also NOT accident prone. And I got the highest health rating possible when I went through a battery of medical tests a couple of years ago for my life insurance policy.”

Vaughan also wrote that she’d “arranged for a close group of my friends to start a GoFundMe to hire a team of private investigators to figure out all the details”. She also wanted her death to “make it to national news”, adding that “there would be a press release sent to every journalist in this country”. Vaughan promised that the story behind her death “would not be swept under the rug”.