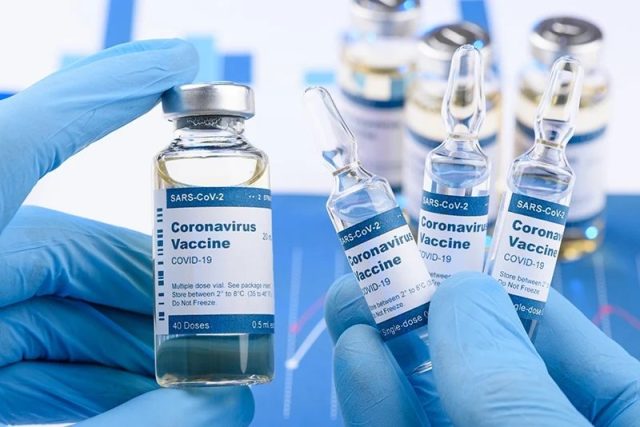 Reports about deaths from COVID-19 vaccine trial participants have again came out from several independent sources just a few days ago. This was based on the Food and Drug Administrations’ (FDA) 53-page briefing document that was released for the preparation for the emergency use authorization (EUA) meeting on December 10, 2020. As usual, FDA denied the connection of these deaths to the vaccine and as usual, the mainstream media (MSM) did not bother to publish a report about this but instead touted Pfizer’s vaccine on their press releases which is not surprising to people who are aware that these MSM are lapdogs and protectors of these criminal big pharma companies.

In the first place, these trials are completely meaningless as the reported cases around the world are based on fraudulent PCR tests which many doctors and scientists, such as the World Doctors Alliance (WDA) and the German Corona Investigative Committee (GCIC), have petitioned and even used as ground for filing class action suit against the scientists and agencies involved in this corona scam. They demanded that these vaccine trials should be stopped and that the vaccines should not be approved because of those completely valid and proven reasons. However, the FDA already approved the vaccine. This is because the FDA is basically a corrupt big pharma-controlled agency. On its recent report, medicalkidnap.com wrote:

“Scott Gottlieb now sits on the board of directors of Pfizer, and he is the former director of the FDA. No doubt current members of the FDA have also been promised lucrative careers in the pharmaceutical industry once they leave their government jobs, and therefore they are highly motivated to give Pfizer the green light to start mass vaccinating the public with their new COVID vaccine, which most certainly has not been proven either “effective” nor “safe.”

FDA’s document revealed that at least six people died during these trials but the agency claimed that those deaths were not caused by the vaccine. However, the FDA did not explain nor provide evidence about their claim. Meanwhile in the UK, reports also came out from several sources recently that four recipients of Pfizer’s COVID vaccine developed a paralysis in the face called Bell’s Palsy.

To some, again, this is not surprising as it is not a secret that just like other big drug companies, Pfizer has a record of huge fraud and criminal settlements in the US Department of Justice (DOJ). For example, in 2009, Pfizer “reached a fraud settlement with the U.S. DOJ for $2.3 BILLION, the largest ever fraud settlement in the history of the DOJ at that time, and they have continually been tried in court for fraud by the DOJ multiple times since 2009”. This just indicates that Pfizer cannot be trusted.

Indeed, many scientists do not trust Pfizer. For example, on December 1, 2020, two respected scientists named Dr. Wolfgang Wodarg, a former German health agency official, and Dr. Mike Yeadon, a former chief scientists from Pfizer itself, filed a petitioned against Pfizer vaccines on the grounds that was already mentioned above. The petition was addressed to the European Medicines Agency (EMA) with the statements as follow:

“Petitioner deems the current study designs for the Phase II/III trials of BNT162b (“the Pfizer/BioNTech trial”) to be inadequate to accurately assess efficacy. Petitioner also deems the designs of clinical trials of vaccine candidates designed to stop transmission of the virus from the vaccine recipient to others and/or to prevent or mitigate symptoms of COVID-19 for which PCR results are the primary evidence of infection to be inadequate to accurately assess efficacy.

Petitioner and the public will suffer irreparable harm if the actions requested herein are not granted, because once the EMA (and other appropriate bodies in the various EU member states) approves the COVID-19 vaccines in question, both governments of EU member states and employers in the EU are most likely going to recommend them for widespread use. If the assignment of cases and non-cases during the course of the trials is not accurate, the vaccines will not have been properly tested. If the vaccines are not properly tested, important public policy decisions regarding its use will be based on misleading evidence. The medical and economic consequences to EU member states and their residents/citizens could hardly be higher.”

In addition, it was also proven many times that the FDA also cannot be trusted. Because aside from the facts mentioned above, FDA is also known to be protecting big pharma crimes by withholding important documents regarding vaccine trials and concealing other kinds of studies related to food and drugs. For example, on November 28, 2020, a report from tapnewswire.com entitled “Corrupt FDA Finally Releases Results of MMR Vaccine Trial Study, and It’s Shocking” was published and this was written:

“The studies the FDA relied upon for its measles, mumps and rubella (MMR) vaccine approval was finally revealed in May, 2019. This after FOIA requests forced the FDA’s hand. The fact that this sunlight was delayed so long in itself points to massive corruption and unethical behavior. These studies should have been open sourced years ago and available to anybody.”

In fact, these are not the only problems with FDA. Historical records show how this agency has misled and endangered the public through its approval and protection of countless harmful and highly toxic drugs and processed foods in the market. Even up to now, hundreds of questionable products containing aspartame, MSG (monosodium glutamate), traces of glyphosate (round-up herbicide), pesticides, GMO, and other kinds of toxic chemicals and agents, proven to be so harmful for human consumption, can still be found in the supermarket, completely approved by the FDA.