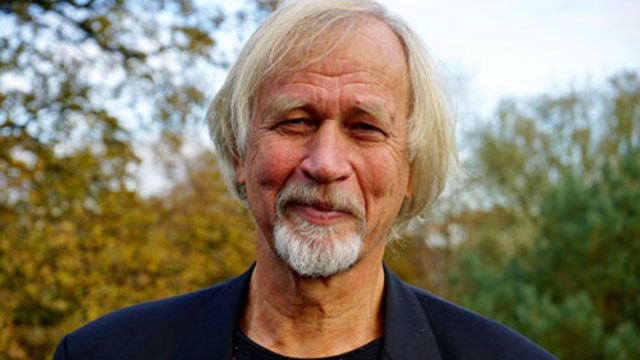 Not so many people today know that this COVID scam is not the first but just one of the many attempts of the World Health Organizations (WHO) to deceive the public in order to enable the United Nations (UN) to further its agenda of global governance and control through the use of so-called public health and safety agenda as justification. In addition, this fake pandemic is also just another way to channel huge amount of profit for pharmaceutical companies through their so-called therapeutics and vaccines, much like what they did during the 2010 H1N1 scam.

The 2010 H1N1 flu scare was mainly exposed by a German physician, who was also the head of health at the Council of Europe at that time, named Dr. Wolfgang Wodarg. Just like what they did using Neil Ferguson’s fraudulent epidemiological computer model of infection for fear-mongering tactic, the department of health had warned that the swine flu could bring about 65,000 deaths. The morgues were told to prepare for “massive numbers of bodies” and the Army was also told that they “may have to deal with riots on the streets as people fought to get hold of drugs”. However, much like the failure of Neil Ferguson’s epidemiological computer model in the US and in the UK, those things did not happen.

According to Dr. Wodarg:

“The great campaign of panic we have seen provided a golden opportunity for representatives from labs who knew they would hit the jackpot in the case of a pandemic being declared. We want to clarify everything that brought about this massive operation of disinformation. We want to know who made decisions, on the basis of what evidence, and precisely how the influence of the pharmaceutical industry came to bear on the decision-making.”

During the beginning of the coronavirus scare in China, Dr. Wolfgang Wodarg, along with a dozen experts, strongly spoke out against the draconian protocols being implemented by the Chinese government and also to the inconsistencies happening with regards to the WHO’s responses. Dr. Wodarg is an epidemiologist and was a former lawmaker in Germany and also the former chairman of the Health Committee of Parliamentary Assembly of the Council of Europe (PACE). He commented that the 2010 swine flu scam was “one of the greatest medical scandals of the century”; enabled because the WHO has changed the definition of the term “pandemic” to “allow the pharmaceutical industry to transform this opportunity into cash, under contracts which were mainly secret.”

“In my view, the WHO undertook an incomprehensible action, which cannot be justified by scientific evidence. The Council of Europe should investigate this to see how WHO can undertake this kind of dangerous nonsense.”

He then claimed that “the governments have sealed contracts with vaccine producers where they secure orders in advance and take upon themselves almost all the responsibility” so that the vaccine companies can secure great amounts of profit while having no financial risks for the investments. These were all done by big pharma through “placing their people in the cogs of the WHO and other influential organisations”. He then added:

“In order to promote their patented drugs and vaccines against flu, pharmaceutical companies have influenced scientists and official agencies, responsible for public health standards, to alarm governments worldwide. They have made them squander tight healthcare resources for inefficient vaccine strategies and needlessly exposed millions of healthy people to the risk of unknown side-effects of insufficiently tested vaccines.”

Recently, Dr. Wolfgang Wodarg, together with Dr. Mike Yeadon, a former chief scientist at Pfizer who also has decades of experience in clinical practice, has passed a petition letter to Committee for Human Medicinal Products (CHMP), and COVID-19 EMA pandemic Task Force (COVID-ETF) in The Netherlands calling for the “suspension of all COVID vaccines” by Pfizer due to its many questionable inconsistencies during trials. Dr. Wodarg is also currently helping with the German Corona Committee and the World Doctors Alliance (WDA), mainly with Dr. Reiner Fuellmich, in pushing a class action suit against the scientists and WHO members who are perpetrating this COVID-19 scam. They are using the PCR tests as the main ground in proving the invalidity and illegality of all government COVID measures.