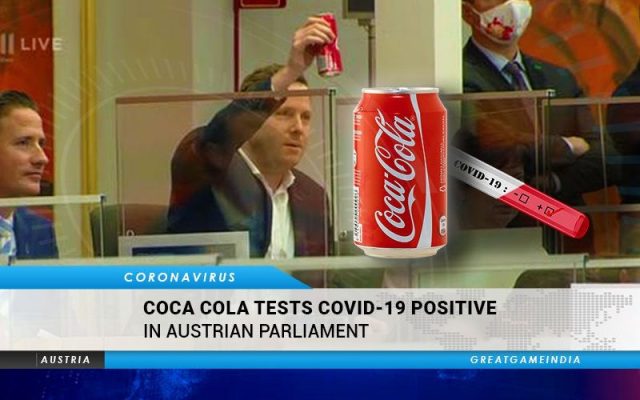 For months, experts have been warning the governments around the world that are allowing the use of PCR for testing as it is not meant for diagnosing a disease or detecting an infectious virus, according to its inventor itself Dr. Kary Mullis. Since Dr. Kary Mullis already passed away last year, unfortunately, he cannot anymore protest against what the World Health Organization (WHO) and the governments are doing right now with regards to the current coronavirus hysteria.

In a meeting in Vienna on Friday last week, an Austrian member of the parliament demonstrated yet again another ridiculous discrepancy and failure with the tests being continually and massively carried out by the health agencies and the governments toward its own citizens worldwide. These tests which cost billions of taxpayer’s money around the world are the major basis for lockdowns and other protocols which are not only causing damage to the economy but most importantly to the people as well, including deaths. FPO General Secretary Michael Schnedlitz brought a can of coca-cola and showed to his colleagues, in front of a live video coverage, how it tested positive from an antigen rapid test.

During his speech, Michael Schnedlitz put a few drops of coca-cola on the rapid test kit and then three minutes later the result showed that the soda was positive from so-called COVID-19, proving that these tests are bogus and a waste of taxpayer’s money. According to Schnedlitz:

With things like this you are throwing tens of millions of euros in tax money out of the window instead of providing real protection for old people’s and nursing homes, instead of investing money in our hospitals.

The corona mass tests are worthless! This was also shown by a simple experiment in parliament, in which a cola had a positive result! But this black-green government spends tens of millions in tax money on precisely these tests.”

This is not the first time the fraud behind the coronavirus tests has been exposed. Earlier this year, the president of Tanzania, John Magufuli, and his colleagues also conducted their own investigation and found out that the tests was indeed bogus and do not really detect a viral disease but only just about anything. They sent samples to the WHO which are not really from humans but instead from a goat, papaya fruit, and petroleum. Most of these non-human derived samples tested positive from coronavirus.

Meanwhile, just recently the Portuguese court has also ruled out that the PCR tests are “unreliable and that it is unlawful to quarantine people based solely on a PCR test”. In addition, Dr. Andrew Kaufman, one of the many experts exposing the coronavirus scam, has also recently stated on his virtual speech for the protest in Denmark that the PCR is not meant for detecting viral diseases. He said:

“Let me tell you about this so-called PCR test. It stands for Polymerase Chain Reaction. This test, as discussed many times by its inventor, Kary Mullis, is not suited to diagnose an illness or prove the cause of a disease. It is a research and manufacturing tool. Yes, manufacturing DNA or RNA sequences. In this situation, it’s manufacturing a fake disease. So what this test actually does is make a lot of something out of a little of that something. That’s it. It takes a short sequence of DNA or RNA and replicates it over and over…

A group of researches in Spain recently searched this primer in a special database open to the public called “Blast” and found that they’re identical not only to several different human sequences, but also to as many as 100 different bacteria. That means almost anything, like a fruit, a puddle of water, sheep or other animal could test positive. And in fact, they all have. Since bacteria are ubiquitous, virtually anything could be positive for this PCR test.”