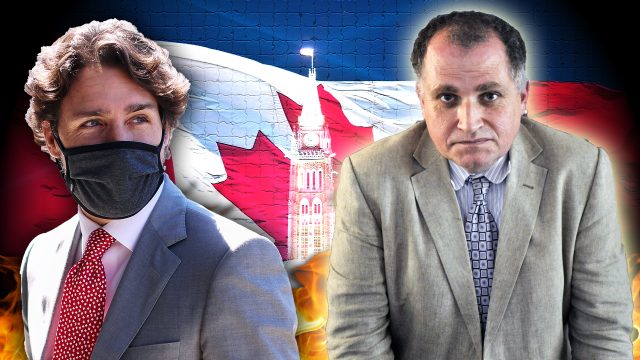 The Vaccine Choice Canada (VCC) has filed a Statement of Claim in Ontario Superior Court on July against the Government of Canada, the Government of Ontario, the Municipality of Metropolitan Toronto and various public health officials for their “damaging” measures against the “unproven” Covid pandemic. The legal action also includes the Canadian Broadcasting Corporation (CBC) for their “dishonest” narrative “resulting to massive public panic and systemic violations of human rights and freedom”.

“Countless internationally recognized medical and scientific experts agree that the threat from this year’s coronavirus has been vastly exaggerated and does not justify the measures that have been imposed in many countries, including Canada.”

The damages caused by the government measures, according to the legal complaints, include “illegal house arrests of Canadians, the closing of parliaments, closing of local small and medium businesses, denial of medical attention to the public, solitary confinement of home care residents, suspension of children’s rights to education, closing down of churches and prevention of religious practice, illegal censorship, and other kinds of violations to the Canadian’s constitutional rights, including physical and mental harm”.

The lawyer who took responsibility for the litigation is Rocco Galati, a high-profile lawyer who has “won huge cases in the administrative and constitutional areas of the law, litigated on all levels of court, including the supreme court of Canada”. According to the claim, the measures by the government violate section 2, 7, 8, 9, and 15 of the Canadian Charter of Rights and Freedom. According to Galati:

“In a nutshell my clients seek, as against the government actors, declaratory relief. We don’t seek monetary damages and as against CBC we seek 11 million USD for their tortious transgressions. Essentially against the government, we seek declarations that number one, both Trudeau and Premier Ford have effectively dispensed with parliament and are ruling under the pretence of royal prerogative contrary to our constitution.”

Galati also emphasized that the declaration of the Covid measures are neither scientifically nor medically valid; that they are extreme, unwarranted, and causing severe damages all in the name of public health and safety. He added that the measures taken – self-isolation, social distancing, masking, confiscation of businesses, etc. – are only favoring large corporations and that “if the powers that be don’t see a massive pushback, we’re looking at similar powers in the plan the second wave in the fall coming.”

The lawyer then compared the alleged COVID deaths and the deaths by influenza:

“As we plead in the statement of claim, they are using the excuse of “a pandemic”. This is not a pandemic and this is not an epidemic. The WHO and the CDC define an epidemic as one in which seven percent of your population dies. We’re at less than one quarter of one percent. That’s less than one quarter of one percent .00024. That is in-line with your annual influenza, a death rate from complications of the influenza manifested through pneumonias and that. 84% of those who purportedly have died from a COVID in Canada are all the elderly in long-term care.

They’ve admitted now that because of the bogus way they classify something as a COVID death, that the numbers they actually give are anywhere between 54 to 63 percent overestimated. So in Canada we’ve had just a little bit ove 9000. So at the most, four and a half thousand or as little as 3,000 have died complications of the COVID. That’s in line with some low influenza years.”

Also talking about the baseless and brutal protocols in New Zealand and Australia, here are Galati’s statements:

“Well that’s just Johannesburg under apartheid. You needed a pass to walk the streets and go from zone to zone. And what’s happening in New Zealand? They’re coming house to house, testing everybody and who’ve ever positive they’re going to send to a quarantine camp and forcefully inject them with a vaccine. And that makes me laugh not in a comical sense but it’s just outrageous because they have not yet identified the virus. What are they testing for? Fragments of DNA sequences in coronaviruses at large. People have to understand they have not isolated, purified, reproduced and tested the virus in animal testing.”

Talking about the scientific fallibility of the mask, the lawyer said:

“So you stand at the entrance of a restaurant now, and you got the mask on. They walk you 20 feet to your table, you sit down you take off the mask. You’re sitting six feet away from another table of people but you’re safe… why? Because the virus knows to stop just before it enters your nostrils because you’re following the rules. Now, are we that stupid? It’s painful, it’s irrational. On top of which, all the sciences says the properly done scientific studies, that is controlled studies, it’s not anecdotal, not observational, it’s controlled studies for the last 25 years say mask do not stop the flow of an airborne virus. End of story.”

Lastly, Rocco Galati also explained why SARS-NCov2 has not been proven and has not undergone proper isolation and the standard Koch’s postulate:

“So, before you can identify virus you have to isolate it, purify it that is get all the crap that floats around it then reproduce it to make sure that you’re not reproducing garbage then doing the test to make sure that’s the virus that’s causing what you say are the symptoms, OK? They haven’t done that yet. And so what are they testing door-to-door, with soldiers at the door? All they’re testing is how far can we enslave, control and push people before they push back.

The reason they’re doing it in New Zealand and Australia is because they don’t have an entrenched constitutional supreme bill of rights like we do in North America and Europe so people can’t even take it to court. When I hear Dr. Teresa Tan tell me what the virus is going to do this September, this October in 2021 and 2022, I say, and I Tweeted this to her, well you must have planned it because I’ve never seen a virus that acts in according with a government schedule. I’ve never seen a virus that actually follows government rules.”