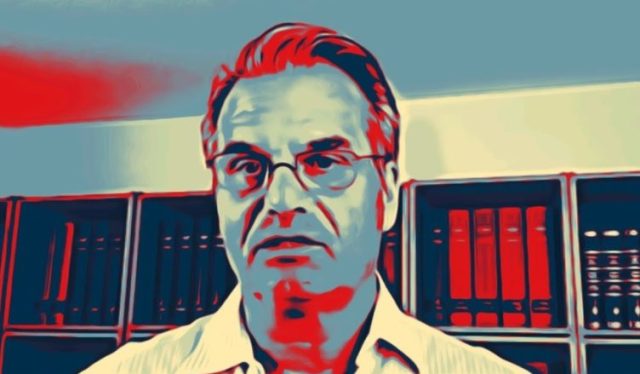 It must be known now globally that there is no infectious disease caused by the so-called SARS-NCov2 because it has never been purely isolated. Obviously, it has never been proven to be the cause of infection (through Koch’s Postulate) because, as admitted by the Centers for Disease Control and Prevention (CDC) itself, there is none! According to many experts about the RT-PCR, including its inventor, what they are “finding” in the tests are just fragments of dead matters from our body; including fragments of DNAs, RNAs, exosomes and other agents which has nothing to do with the causation of the infection whatsoever.

However, most mainstream doctors will not or cannot accept this fact because that’s the foundation of their dogma; the bogus Germ Theory, maintained by the mainstream Rockefeller/Carnegie allopathic corporate eugenicist medical establishment. The mainstream allopathic chemical-based medical establishment is more than a century old half pseudo-science. Its some of the problematic results are iatrogenesis, over-diagnosis, misdiagnosis, toxic therapy, etc. It needs a total reform and doctors and health professionals, if they are sane and they really value ethics, must admit that. Of course, you don’t have to be a doctor, a scientist, or an expert to understand the “basics” of medicine, health, or Germ theory/Terrain theory, or science in general.

On November 11, one of the main lawyers filing lawsuits against the people behind this global pandemic scam, Dr Reiner Fuellmich, was interviewed again. To learn about his background, here’s his introduction:

“I’m a lawyer and I have been a lawyer for 26 years. Part of the time that I have been practicing law I was also a lecturer and a professor of law at the University Gottingen and in another private German-American University in Hanover. But basically my main profession is that of a trial lawyer and what my colleagues and I here in my firm have been doing over the last 26 years is we represented mostly consumers and small corporations against large fraudulent corporations like the VW Duetsche Bank and of course also the largest shipping company in the world which is Kuehne and Nagel.”

Dr Reiner Fuellmich and his team of lawyers, doctors and scientists are asking three major important questions: how dangerous is the virus? How much damage does the anti-corona measures do both health-wise for the world’s population and as far as the economy is concerned? And lastly, how much can we trust the PCR tests? He then continued:

“The answer to the first question is really simple; it would be a lot simpler if the mainstream media had reported on this. But even the World Health Organization (WHO) has finally agreed with the studies that one of the most quoted scientists in the world, professor (?) of Stanford University has conducted and his result is, and the WHO agree with that, we have an infection mortality rate of 0.14, and that’s about roughly the same as that of the common flu. So in other words, whatever is happening right now, whatever virus is going around, it’s no more dangerous than the common flu. So question why are we having a lockdown? We never had a lockdown or mask wearing requirements for the common flu.”

He then answered the second question:

“The damage that is being done goes far beyond anything that’s ever been experienced on a global level. I think a German cleric, in one of his sermons which was published said… “This is like world war three, except there’s no war”. But all the damage is far, far worse than anything that we’ve ever seen. Many people committing suicide, many people not getting the medical attention that they should get, and of course, all the businesses going bankrupt, in particular, hotels and restaurants. Most of them will probably never ever be able to get up again unless we turn this thing around and get damages for them.”

Answering the third question, about how trustworthy is the PCR tests, this is what Reiner Fuellmich has to say:

“So the final question, which is what our work is focusing on right now, is what about this PCR tests? And it turns out that this is a major fake. The PCR tests, unlike what the guy who invented this particular PCR test, professor Dresden of Charity University says, and what the WHO then recommended in response to his findings, unlike his false, we must say now, false statements, PCR tests cannot tell you anything about infections. The only thing that PCR tests by themselves if you just take them as they were intended by its inventor, Nobel Prize Laureate Kary Mullis, who unfortunately died late last year, PCR tests are great but you cannot use them to find out anything about infections. The only thing it does is it tells you that it has found something which is invisible to the human eye by making it larger by blowing it up, so to speak.

But the most important thing about PCR tests is they cannot tell the difference between live and dead matter.”

“So that’s why one of the major players in this field Dr. Mike Yeadon, formerly of Pfizer, that’s one of the largest pharmaceutical corporations, he was their chief science for I think 16 years and he was also their vice president, and he says… “These PCR tests cannot tell you anything about infections”. And what he also says, he explains in details how they work, and one of the things that he says is “we’re going to have to get rid of these tests as quickly as possible because in this context, they do not make any sense”…the only thing that they’re good for, and that’s what they’re being used for, is to cause panic! So that people in panic mode will do whatever they’re told without asking any question.”

When asked about how the filing of complaints is going to happen, Reiner Fuellmich answered:

“We’re going to file these complaints, these lawsuits in a number of different jurisdictions. The first ones are going to be filed here in Germany, probably this week, at the end of this week because it takes a lot effort. You have to write these complaints as detailed as possible without making this totally confusing. So on the one hand, you have to write them so that a judge immediately understand what this is all about, but on the other hand, you have to include all the details, you have to include expert opinions etc. etc.

We’ve been in touch ever since (Robert F. Kennedy Jr) and now we have the official announcement that Robert F. Kennedy Jr’s ‘Children’s Health Defence’ (CHD) fund and our Corona Committee are collaborating. Plus, and this is new, last night Rocco Galati (?) of Canada also joined our group and he has already brought a complaint. We’re going to get it probably tonight and at the core of his complaint is the PCR test. He represents a child whose mother is working on a crime lab so she is a specialist on PCR test.”

To listen / watch the full interview, go to this link: https://www.featured.tv/watch/PnRK7Bnk2mRPTco