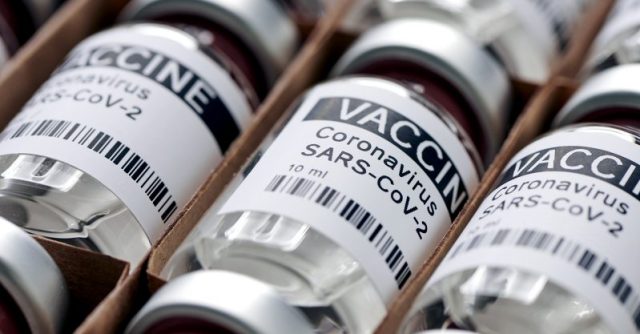 On November 13, The Guardian reported that “there is a lot of excitement” because they’ve got results already and that the COVID-19 vaccine from Pfizer is “90% effective”. The news was reported by Sarah Boseley, the Health Editor of The Guardian. The Pfizer vaccine was developed in partnership with German company BioNTech. Boseley also stated that the result is “really quite astonishing” because it was thought to only be 40 to 50% effective.

With critical analysis of the report, one can see a lot of contradictions and inconsistencies from the statements announced by Boseley; which is of course an official report coming from Pfizer. To understand how this said to be a novel mRNA vaccine will work, here is what Boseley has explained:

“This vaccine is unlike any that’s been developed in the past. It’s based on a new technology called mRNA. That’s messenger RNA. So instead of using a piece of the virus or a dead virus or attenuated virus, this vaccine actually puts in the genetic code into the body, which is thought to be a lot safer. So the body thinks that the virus is there, it thinks it’s being attacked, and it mounts and immune response, with anti-bodies and (hopefully) T-cells as well.”

Here alone, notice the word “hopefully”. It just signifies that Pfizer is not sure yet. She also added that this vaccine, if approved for license, will be the fastest vaccine ever made in history as others took five years to be completed while this one only takes less than a year. This thought, since the beginning, has scared many experts as they concluded that mRNA vaccine will genetically modify its recipient. In addition, it is also undeniable that most of these so-called “5-year-in-the-making” vaccines have recorded horrific footprints in history!

The next interesting points of Boseley’s statements are the following:

Now after stating that, this is what Boseley also stated next:

“Also, you need two doses of this vaccine three weeks apart. That means that you won’t be protected for about 28 days after the first jab, because it takes about seven days to effect.”

Isn’t it ironic how sure Boseley on the administering and its effectiveness while she just said above that there are a lot of things they don’t know about the vaccine?

In this current global medical crisis (which turned out to be the greatest fraud of the 21st century), the vaccine is seen as the saviour and the key for all of humanity to “go back to normality”. The most part of the world is currently being locked down due to the reason that, according to the architects and engineers of this scam, it is not safe for people to live a “normal” life because the SARS-NCov2 virus, which has never been isolated and proven to exist at all, will going to infect and kill the large part of the population. However, again and again, thousands of real experts, especially those who are not financially tied (or at least not directly) to the World Health Organization (WHO) and the Bill and Melinda Gates Foundation (BMGF), tell a totally different story. On October, globalresearch.ca reported:

“Over six thousand scientists and doctors have signed a petition against coronavirus lockdown measures, urging that those not in the ‘at risk’ category should be able to get on with their lives as normal, and that lockdown rules in both the US and UK are causing ‘irreparable damage’.

Those who have signed include professors from the world’s leading universities. Oxford University professor Dr Sunetra Gupta was one of the authors of the open letter that was sent with the petition, along with Harvard University’s Dr Martin Kulldorff and Stanford’s Dr Jay Bhattacharya. It declares that social distancing and mask mandates are causing ‘damaging physical and mental health impacts.’

The petition, dubbed the Great Barrington Declaration after the town in Massachusetts where it was written, has been signed by close to 54,000 members of the public at time of writing, as well as over 2600 medical and public health scientists and around 3500 medical practitioners.”

Therefore it is legitimate to ask the question: for what are these coming vaccines? Despite this concerns and facts being presented by the petitioners, the WHO, which is heavily funded by the BMGF, and other government health agencies are still pushing the vaccination agenda. According to Boseley:

“The UK has ordered 40m doses of this vaccine and Europe and the United States between them have ordered hundreds of millions as well. Pfizer and BioNTech have said that they will manufacture 50m doses in 2020, and then a further 1.3b in 2021.”

Another biggest question there is: why are they ordering hundreds of millions of the vaccine that the manufacturer itself doesn’t know if it is really safe and effective; not to mention its long-term health impacts? Now regarding how the vaccine will be rolled out, she stated:

“The WHO has said that the most vulnerable people in every country must have the vaccine first. And that’s going to include health care workers in a lot of countries. In the UK, the most priority is going to be for care home residents and the people who work there because it’s been very clear that they’ve been at high risk of dying from the disease. After that come the NHS workers and the over 80’s and then progressively, younger and younger age groups, down to the age of 50. That’s the first phase. And the government scientists say that that should cover 99% of those people who are actually at risk of dying from this disease.”

Again, if Boseley or Pfizer is really telling the truth, why they have so many contradictions and seemingly unbelievable statements?