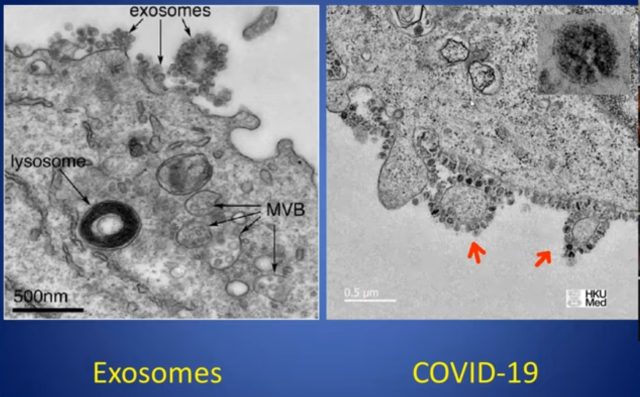 Dr. Andrew Kaufman, one of the credible health experts who can clearly explain how the so-called novel coronavirus has been allegedly determined. He’s not only a medical doctor but also a psychiatrist, particularly in forensic psychiatry, which also holds a degree of molecular biology at the MIT. His extensive knowledge and experiences on research in molecular biology and medicine has enabled him to efficiently scrutinize the scientific papers published in peer review journals claimed to be proving the existence of the said virus.

Here is a concise yet very substantial explanation on what he had discovered looking through these papers using his knowledge about Koch’s postulates, the “germ theory”, and other relevant subjects:

So there are currently, I believe, four papers that have been published in peer review journals that claimed to have isolated a new virus and say, actually the conclusions that papers say that it is associated with the disease or potentially associated with the disease or is implicated in a disease. We need more clinical data and samples to confirm if this virus is indeed the ideology agent for this epidemic. Ideology means cause. Basically they said, we need more studies to prove “causation”, this only provides an evidence of an “association”. So this is nowhere near causation, this is preliminary findings that basically suggest that you need to do some more studies and I actually apply the River’s criteria if you wanna prove causation.

Once again they did not isolate any virus. Once again they did not cultivate a host cells, they used Vero cells and antibiotics and did not prove filterability. But none of them can conclude that there’s a causal relationship because these studies are not designed to be able to draw that conclusion. And in fact what I’ve found when looking at these studies is they are not really designed to be able to identify a virus.

There are many ways to go about this and there certainly, I talked about Koch’s postulates which there are simple set of rules by which the “germ theory” proponents have suggested as a way to prove that a specific germ or microorganism causes a disease but none of those have been satisfied for any allegedly viral caused disease. And if you look clearly at how they designed this experiments, they don’t follow one of the basic principles of the experimental design which is to separate variables so that you could test them independently against whatever outcome you’re looking for. What they instead do is used impure samples with many variables combined and then pick out the data that they want, the data that proves us (inaudible) the other thing.

Like for example, the only way that they said that this virus that they alleged to isolate is a coronavirus, is that they sequence the RNA and which came from an undetermined source, an impure source, and then they said it was almost 80 percent identical to another piece of RNA from another coronavirus, the SARS-COV1 virus, associated with the SARS outbreak in 2003. But that sequence was also determined by an impure sample and the source of it is unclear. But having less than 80% sequence identity is really not very strong correlation because like the sequence identity between humans and chimpanzees is 96 percent, yet we’re very different from chimpanzees, not in the same family at all. Although there is some relation, of course because we’re related to all other creatures but how can they say it’s like that virus with such a low identity between the sequences?

So essentially what I’ve been able to reason from looking at these experiments is that there’s really no proof that they’ve isolated anything that would be consistent with their definition of a virus and they certainly haven’t come close to showing any causal relationship between any new diseases. And if you look more broadly at the data on mortality and such you’ll see that there’s really no evidence of a new disease either.