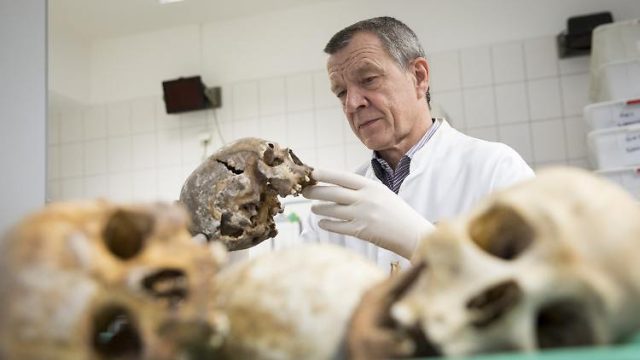 How many doctors do we need to hear speaking up against the irrationality and the dangers of the lockdown and other protocols being imposed to citizens until the authorities will finally listen and stop the madness that is not only making people sick but also killing the economy on a massive scale? Are these authorities really that mindless and enslaved to the richest people and the pharmaceutical companies that are controlling the health institutions and dictate the mandates that they follow regarding this misunderstood crisis? How many experts telling the truth do the world needs to understand that this is really not to make people safe but to control them?

According to the letter signed by 600 doctors and was given to the US president Donald Trump:

“The millions of casualties of a continued shutdown will be hiding in plain sight, but they will be called alcoholism, homelessness, suicide, heart attack, stroke, or kidney failure. In youths it will be called financial instability, unemployment, despair, drug addiction, unplanned pregnancies, poverty, and abuse.”

Meanwhile in Germany, another expert has again expressed grave concern about the peril of the fear-driven lockdown policy that is still being imposed by its government. The head of forensic medicine at the University Medical Center Hamburg-Eppendorf named Klaus Püschel have been leading an autopsy operation on the people who died in Hamburg that are being associated with the so-called coronavirus infection. Throughout his examination of the patients who died, 80 percent “suffered from cardiovascular diseases”.

“The fear that this is a killer virus and that many will die from it is completely exaggerated. We have to make it clear that we don’t want to be in a glass case. We can’t protect ourselves from everything. And this virus is a comparatively low risk.”

“This virus affects our lives in a completely exaggerated way. This is out of proportion to the risk posed by the virus. I am convinced that corona mortality will not even make itself felt as a peak in annual mortality.”

According to Dr. Püschel, there is really no reason to fear that this so-called virus will bring death to a person. This statement by Püschel is very consistent with what other experts say which authorities of most countries try to ignore. Since the beginning of March, so many experts have been already pointing out to the exaggeration and fear being pushed by the mainstream media through a narrative that is based on unfounded estimations and even fabricated. Dr. Püschel also continued:

Contemplating on this kind of observation, could it be that some doctors who have also look deeply through this issue, those who have even more scientific way of looking, are correct? For example, in the US, Dr. Andrew Kaufman extensively examined the four papers claiming the existence of the alleged novel coronavirus. After he did tremendous amount of scrutiny to the scientific paper, he concluded that there is really no proof of the existence of this alleged new disease at all. He stated:

“I believe four papers that have been published in peer review journals that claimed to have isolated a new virus. Actually the conclusions that papers say that it is “associated” with the disease or “potentially associated” with the disease or is “implicated” in a disease. We need more clinical data and samples to confirm if this virus is indeed the ideology agent for this epidemic. Ideology means cause. Basically they said, we need more studies to prove “causation”, this only provides an evidence of an “association”. So this is nowhere near causation, this is preliminary findings that basically suggest that you need to do some more studies and I actually apply the River’s criteria if you wanna prove causation.”

“Once again they did not isolate any virus. Once again they did not cultivate a host cells, they used Vero cells and antibiotics and did not prove filterability. But none of them can conclude that there’s a causal relationship because these studies are not designed to be able to draw that conclusion. And in fact what I’ve found when looking at these studies is they are not really designed to be able to identify a virus.”

Back in Germany, the forensic doctor also clarified the deaths according to what he discovered through his work. It seemed very affirming to what Dr. Kaufman is also saying:

“Insufficient amounts of information about exceptional cases are for example made public. Some patients who passed away may be classified as coronavirus deaths even though they may have, in reality, died from an unrelated illness.”

“I’ll say that I think it’s completely exaggerated, for example when this virus is referred to as a “killer virus”. I think it’s really completely inappropriate when a president tells his people that we are at war, or when the German chancellor compares the situation with the last world war.”

He then explained why he thinks this is the case:

“All [COVID-19] deaths for this region, which have now passed 100, have been autopsied, and each one had serious pre-existing diseases. They were between 50 and 100 years old. The average age is 80 years old. This indicates clearly that these are people who aren’t in good general condition. Here I must add that they all had at least one special or rather even several diseases. Cardiovascular disease, heart attack, enlarged heart, constriction of the coronary arteries, calcification of the arteries, chronic obstructive pulmonary disease. Also liver disease, cirrhosis, kidney insufficiency, metabolic diseases such as diabetes mellitus, dementia, and in such conditions the immune system is weakened and does not react adequately.”

So, is it possible that what they call COVID-19 doesn’t really exist at all? According to Dr. Klaus Püschel’s observation, this is very likely. Meanwhile, take a look at Dr. Andrew Kaufman’s conclusion and go figure it out yourself: