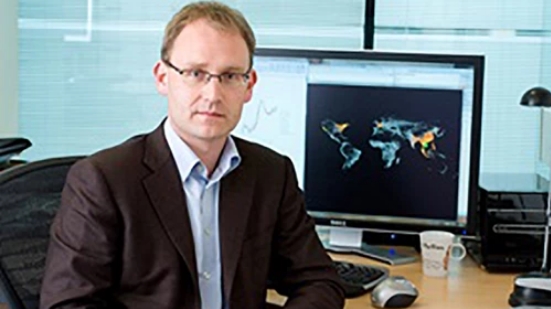 Neil Ferguson is a professor of mathematical biology at Imperial College London (ICL) whose role in the current COVID-19 lockdown is very important. His computer modeling of the so-called virus infection is the only mathematical prediction being used and cited by governments of UK and the US to justify the ‘stay-at-home’ policy and other questionable protocols that, from a real scientific point of view, doesn’t seem to have sense. On March 16, the ICL announced that Ferguson’s model projected about 2.2 million deaths in the US while in the UK, it was said that there could be over 500,000 deaths if the governments won’t implement the lockdown policy.

In addition, experts affirming Ferguson’s projection, including Bill Gates, also suggested that there should be no “back to normal” scenario until vaccination against the pandemic, which considered by many as fraud, happens. Now as the lockdown in many places of the world continues, together with protocols such as social distancing, face mask wearing and hand-washing which are strongly criticized as “nonsense” by both doctors and scientists, many people are suffering from loss of job and unnecessary economic downfall. The hype was then followed by fear-driven deliberate media reports all across the internet which drastically impacted the collective social psychology and led to global paranoia and anxiety.

Many experts, including John Ioannidis, professor in disease prevention at Stanford University, criticized Neil Ferguson’s disease modeling for COVID-19, which is, according to Ferguson, “based on undocumented 13-year-old computer code, which was intended to be used for a feared influenza pandemic, rather than a coronavirus”. John Ioannidis said: “The Imperial College study has been done by a highly competent team of modellers. However, some of the major assumptions and estimates that are built in the calculations seem to be substantially inflated.”

It is indeed valid to ask these questions:

“How many assumptions in the Imperial model are still based on influenza and is there any risk that the modeling is flawed because of these assumptions? Has the Imperial team’s Covid-19 model been subject to outside scrutiny from other experts, and are the team questioning their own assumptions used? What safeguards are in place?”

But before we come to the conclusion if we still continue to trust Neil Ferguson and his so-called mathematical prediction of the contagion, let’s also take a look at history and see how flawed and inaccurate this person is, and his team, on their predictions.

In 2001, Michael Thrusfield, professor of veterinary epidemiology at Edinburgh University and other experts claimed that Ferguson’s modeling on foot and mouth was ‘severely flawed’ and was a “serious error”. It was because the Imperial team’s modeling on foot and mouth disease suggested that animals in neighboring farms should be culled, although there was no evidence of infection. This led to government ordering the culling of “more than six million cattle, sheep and pigs – with a cost to the UK economy estimated at £10 billion”.

In 2002, Ferguson’s team predicted that between 50 and 50,000 people would likely die from mad cow disease (BSE) in beef. He also predicted that it could rise to 150,000 if there was a sheep epidemic as well. In the UK, there have only been 177 deaths from BSE. Again, it was demonstrated that his ‘worst-case scenario’ in this case was too high.

In 2005, Ferguson announced that up to 200 million people could be killed from bird flu. In the end, it did not happen and he was proven wrong. In 2009, Ferguson and his team at the ICL also predicted that “swine flu had a case fatality rate 0.3 per cent to 1.5 per cent”. Based on Ferguson’s advice, the UK government estimated that, in a ‘reasonable worst-case scenario’, the disease would lead to 65,000 deaths. In the end, swine flu “killed 457 people in the UK and had a death rate of just 0.026 per cent in those infected”.