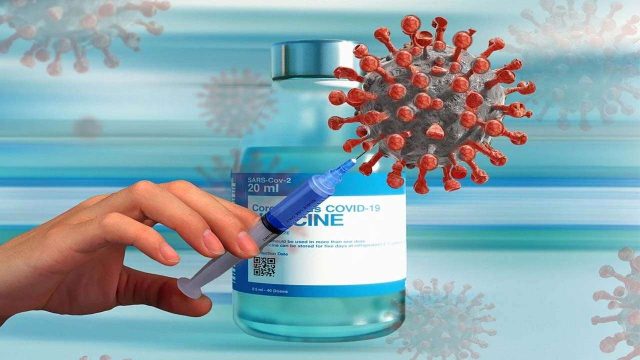 A Filipino expert who has a PhD in molecular biology and biochemistry named Dr. Jose Oclarit released a statement in a social media recently regarding the concerning effects of the mRNA vaccine that is being used for the alleged viral disease Covid-19, said to be caused by a not-yet-proven virus named SARS-NCoV. With his knowledge on genetic engineering and molecular techniques, Dr. Oclarit explained the basics of how an mRNA vaccine works in a human body.

If this mRNA or messenger RNA will be inserted into the DNA of a cell, according to Dr. Oclarit, it will forever stay on the cell and continually producing “spike protein”, therefore enabling auto-immune attack by the white blood cells. This could potentially result into a disease because it is a foreign protein introduced to the system of an inoculated person. As he stated:

“By definition, mRNA vaccine is not a vaccine at all because the real vaccines are those attenuated live causative agent or inactivated or dead causative agent. As in this case, this is a Covid “virus” so it should be a virus that should be either attenuated or dead. Whereas the other type of vaccine is the protein of the virus itself, as in the case of spike protein; protein that is really obtained from the virus. But in the case of the mRNA, what we call the messenger RNA, once introduced into the cell, because it is an mRNA, it could be reverted back to DNA molecule by the enzyme called reverse transcriptase which is available in our cells. Once the mRNA is reverted back to DNA, it is inserted into where the cell where it was introduced.”

Among the many different doctors from Europe and the US such as Dr. Sherri Tenpenny, Dr. Carrie Madej, Dr. Andrew Kaufman, Dr. Dolores Cahill, and countless many other scientists and health professionals who oppose this illegal vaccination for unproven “Covid-19 disease”, Dr. Jose Oclarit also warned the public about the possible genetic mutation caused by this vaccine:

Earlier, Dr. Benigno “Iggy” Agbayani, another Filipino doctor who is the president of Concerned Doctors and Citizens of the Philippines (CDCPh), a network of medical experts, journalists, former celebrities, professionals, and ordinary citizens calling for the use of Ivermectin as prophylaxis and early treatment to end lockdowns and other baseless protocols in the Philippines, also posted in social media regarding this mRNA vaccine. Expressing his grave concern on this technology, Dr. Agbayani wrote:

“The mRNA vaccine will induce our cells to manufacture a spike protein that will be recognized by our immune system. For safety, it’s unstable unless frozen. Still an experiment to me…

Why listen only to the Pharma sponsored studies? Best is an independent group of doctors given enough time to collect & asses more data. No repeat of Dengvaxia & more caution for mRNA type vaccines that have no long term safety studies.”

Meanwhile, the president of Pesticide Action Network (PAN) named Romeo F. Quijano, a retired professor of the Department of Pharmacology and Toxicology, College of Medicine in University of the Philippines (Manila) also published a statement recently entitled “Loss of Common Sense in Covid-19: The Story of Ivermectin”. Questioning the safety of Covid vaccines, he wrote:

“They admonish people to have a little bit more patience since vaccines are already being rolled out, without revealing that the safety and efficacy of the Covid-19 vaccines have been questioned by many credible independent scientists and are fraught with serious adverse effects including deaths. They turn a blind eye to the fact that 50,861 adverse events following COVID vaccines, including 2,249 deaths and 7,726 serious injuries between Dec. 14, 2020 and March 26, 2021 have been reported officially in the vaccine adverse events reporting system (VAERS) of the US.”

To many Filipinos, it’s not a mystery anymore why so many people die hours or days after vaccination. The problem is that the mainstream media Covid propaganda, both the entertainment and the news, is very aggressive in the country that’s why for an average person, getting “enough” information to make one become solid in his or her decision is quite a challenge. Second to this is that many Filipinos are also ignorant about health, their rights, and how democracy and politics should work for the public. Though many Filipinos are hesitant to get the jab, many are also eager as they think this is really the answer. But most importantly, the culture of corruption in the government also plays a very important role why the Filipino public is now being pressured to take the Covid shots. As what Dr. Iggy Agbayani said lately:

“Just follow the money. It’s no longer news that Merck or MSD is coming out soon with an antiviral drug and Pfizer is pushing for vaccines in children. Big pharma strategy is often about destroying the reputation of cheap and effective competitors, increase market share even if not indicated of their product, bribe doctors/expert influencers /researchers and control pharma regulation of both competitor products through under the table lobbying of the FDA and DOH, Congress and Senate. All this through some well compensated mainstream media and PR professionals. How do we stop this corruption that affects our health and economy?”