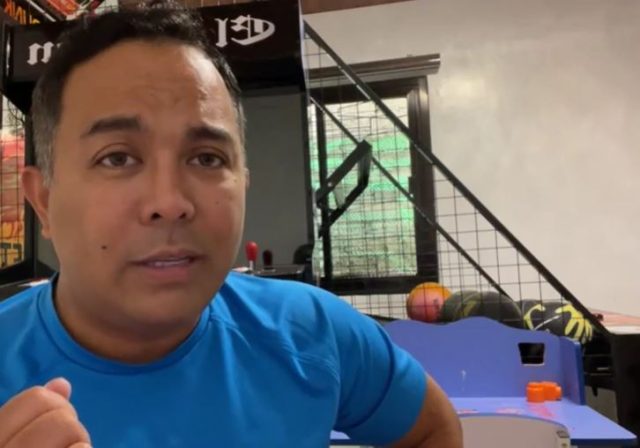 Many people are asking: “Who is Dr. Ron or Dr. Ronald Samaniego? Is he really a doctor or not?” The straight answer to that is… yes. By definition, a doctor is a physician, “a person who cures”. And he has many proofs of his claim of success in this profession. He is not a doctor of medicine, though; he is a doctor of Physical Therapy (PT), another very important profession in the field of therapy and healthcare. And confidently, he claims he’s currently the best running PT company in the country. However, in today’s situation related to this fake pandemic issue, highly successful professionals like Dr. Ron Samaniego, along with many nurses, holistic practitioners, naturopaths, and many other non-Western allopathic types of therapists are being aggressively discriminated, easily dismissed, discredited, suppressed, ostracized, and even demonized while those who know less and often just obey “illegal, corrupt, and inconsistent” rules and policies are being celebrated. It’s interesting why in a so-called democratic system, health professionals who don’t agree to the official mainstream narrative regarding COVID and vaccine issues aren’t allowed to give their opinions in public even though their perspectives are scientifically or factually valid.

Because the truth is that you don’t have to be a doctor, or a health worker, or a scientist, or a politician, etc. just to have a basic understanding of what’s really going on at the moment; you don’t have to be a professional just to realize that there is something terribly wrong happening right now. And Dr. Ron Samaniego is not only concerned about his own opinion but also to what many common folks are seeing and how they feel about their environment and their life today, most especially those who experienced the medical abuse and oppression themselves related to this fake pandemic scam perpetrated by some doctors and government officials. But before we go deeper into this ridiculous and sinister medical fraud of the century (again), we should first examine Dr. Ron Samaniego’s background to see if he really is a legitimate licensed physician or a fraud as what the Youtuber doctors and his critics are claiming.

Dr. Ron graduated in Utica College, New York. He is skilled in acupuncture and chiropractic and he’s been working in the health and fitness industry for more than a decade; with 30 clinics in the Philippines employing well-trained Filipino physical therapists specializing in various modern and effective techniques in the field. According to his bio, Dr. Ron is “skilled in spine, manual therapy, healthcare, sports medicine, and injury prevention”. And, according to him on one of his interviews:

“Physical therapy is something that is not really explored in the country. It has been left behind for 20 to 30 years already. So I brought back technology and knowledge from the United States to do something about it…”

However, as mentioned above, just because he expresses different views on the current situation in the country, specifically in relation to lockdown, vaccination, and corona political circus, the mainstream medical establishment, including of course the PT industry, is now maliciously attacking him; taking advantage to the ignorance of the majority of the Filipinos who only get their information from the MSM. As an example, we can recall what happened last April. The Philippine Physical Therapy Association Inc. (PPTA) has released a statement “disowning” Dr. Ron Samaniego for, according to the association, “spreading misleading information about COVID-19”, adding that Dr. Ron is displaying “unethical and irresponsible” behavior. PPTA stated on the letter:

“Mr. Samaniego is not a member of the association. We have reviewed some of the statements he made, and his claims about vaccination and the COVID-19 pandemic now circulating on social media which are dearly unfounded and without medical value. His claims do not reflect the views of the entire physical therapy profession, even less so, of the PPTA…”

This statement came after Dr. Samaniego questioned health workers and the Department of Health (DOH) regarding how they handle the current crisis (that in reality, only they themselves have created) and how they really determine the accuracy and the authenticity of the data that are being put out to the public as supposed to be basis for their policies and protocols. And, as like the rest of the public, Dr. Ron asked valid questions and demanded evidences from this agency just as how democracy and informed consent should work in a free society. Because in reality, Dr. Ron and all of us ordinary citizens have the right to know the decisions and policies our politicians and lawmakers are implementing and it is indeed the duty of the government to protect these rights of the Filipino public.

Therefore on another Facebook post, Dr. Samaniego answered to this statement by PPTA. Dr. Samaniego has again exposed how the PT industry works in the Philippines; stating that it still runs “behind of our time”. And in a weblyf.com interview, Dr. Ron Samaniego said that he’s not affected and he doesn’t care about PPTA “disowning” him as he is not a member and “never wishes” to be one in the first place. This is because, according to him, “the current status quo of the industry doesn’t really matter so much” because of the quality of service and expertise that they provide. As he explained, physical therapists in the country “work only under medical doctor’s supervision, usually unskilled or not well-trained, and only administer techniques that do not really work well or those that even the patient alone can do at home”. This, Dr. Ron continues, “undermines the reputation or the quality of the PT industry in the country”, aside from being a “waste of patient’s money”. Aside from these statements, Dr. Samaniego also said:

“It seems to me that these physical therapists attacking me are being paid by the DOH or whoever to create lies and assassinate my character just because of speaking the truth against this fake pandemic. It’s possible because these young PT’s currently don’t have real jobs so they have no income that’s why they end up being trolls for the narrative in social media. Lastly, the PPTA should be ashamed because they don’t have me on board…”