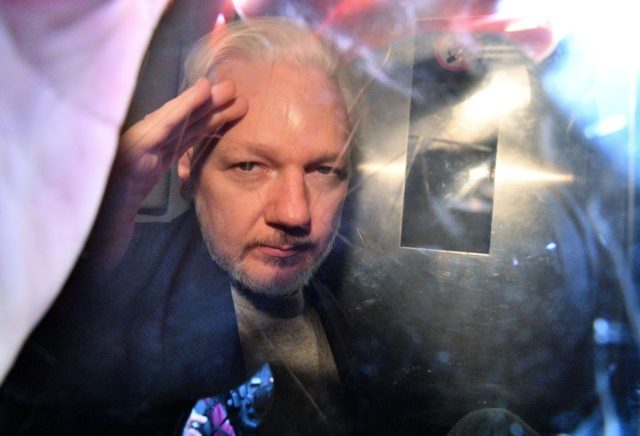 Though not the first person in the UK’s history to receive this kind of favour, the British court ruled on Monday that the Australian journalist and Wikileaks founder, Julian Assange, should not be extradited to the US for a trial on his 17 charges of espionage and “hacking” by the American military for publishing classified documents which exposed their crimes against Afghanistan and Iraq.

Julian Assange was first arrested in 2010 for allegations of sexual assault and rape of 2 women in Sweden, which was dropped in 2019, and in 2012 skipped bail and sought asylum in the Ecuadorian embassy where he was “beyond the reach of UK and Swedish authorities”. But then later when the government shifted administration, Ecuador government allowed the British authority to arrest Assange “for breaching bail in 2012” and put him to Belmarsh prison in London while facing extradition hearing against the US. Julian Assange is wanted in the U.S. for publishing “hundreds of thousands of secret military documents and diplomatic cables in 2010 and 2011”.

Assange, however, is supported by top diplomats, veteran journalists, and even famous celebrities from the US and the UK. Among the high profile personalities who gave statements in support of his freedom and rights are John Pilger, Roger Waters (Pink Floyd co-founder), the linguist and political analyst  Noam Chomsky, Chinese artist Ai Weiwei, MIA the British musician, Pamela Anderson, and Politicians like Sara Palin, Alberto Fernandez, the president of Argentina, and of course, the former president of Ecuador Rafael Correa.

Just recently, EFJ or the European Federation of Journalists, along with its affiliate in the UK, the National Union of Journalists (NUJ), has issued statements condemning Julian Assange’s detention. Regarding this, Europeanjournalists.org wrote:

“The EFJ joins the NUJ in further condemning the attempted use of the US Espionage Act to prosecute Assange for his work exposing the war crimes committed by US service personnel in the Iraq and Afghan war logs. The Espionage Act has also been used in the past to jail trade unionists and criminalise the activities of those who wish to report on the incompetence, corruption and illegality of the powerful.”

In addition to EFJ and NUJ, more press groups also supported the appeal such as these ones listed by europeanjournalists.org:

In connection, according to Jameel Jaffer, a professor of Law and Journalism at Columbia University, what Assange’s case is really about is that it’s just doing the universal basic journalism. Jaffer in his evidence to Assange’s extradition hearing has said:

“The indictment is mainly a description of Mr Assange engaging in core journalistic activities. These are activities that the government’s apparent theory of liability would criminalise”.

Julian Assange earned respect from his contemporaries even though he hasn’t been in a huge mainstream platform. It’s because of his unarguably very essential contribution to modern journalism. About Assange’s work, the prominent and veteran investigative journalist and a multi Emmy award winning filmmaker, John Pilger has said:

“Well, he’s very dangerous. He exposes what governments – the crimes of governments, the crimes that we the people know very little about. And in this case, he has revealed the unerring, relentless war crimes of the U.S. government, especially in the post-9/11 period. That’s his crime. There are so many ironies to this, Dennis. Assange is more than a whistleblower. He’s a truth teller and as the so-called corporate media is now committed almost entirely to propaganda, the truth that he tells is simply intolerable, unforgivable. He – for example, he – Wikileaks exposed something those of us who have reported America’s wars already know about, and that is the homicidal nature of these wars, the way the United States has exported the homicide that so consumes much of U.S. society, the way that it’s exported it to other countries, the relentless killing of civilians.”

So according to Judge Vanessa Baraitser’s ruling:

“The overall impression is of a depressed and sometimes despairing man, who is genuinely fearful about his future. For all of these reasons I find that Mr. Assange’s risk of committing suicide, if an extradition order were to be made, to be substantial.”

She ruled on Monday that Assange will not be extradited to the US to face the charges because, according to Judge Baraitser, she finds that “the mental condition of Mr. Assange is such that it would be oppressive to extradite him to the United States of America”. The U.S lawyers, however, has reportedly said “it will appeal the decision within the allocated two-week time frame”. They stated:

“While we are extremely disappointed in the court’s ultimate decision, we are gratified that the United States prevailed on every point of law raised. In particular, the court rejected all of Mr. Assange’s arguments regarding political motivation, political offense, fair trial and freedom of speech.”

“I am satisfied that, in these harsh conditions, Mr. Assange’s mental health would deteriorate, causing him to commit suicide with the single minded determination of his autism spectrum disorder.”

“Australian Prime Minister Scott Morrison said Australia was providing Assange with consular assistance. Morrison also said Assange would be free to return to Australia if he wins his court case.

Australia’s Media Entertainment & Arts Alliance, the journalists’ union of which Assange is a member, has called on the Australian government to expedite Assange’s safe passage to Australia.

Andrew Wilkie and George Christensen, co-chairs of the Bring Julian Assange Home Parliamentary Group, which comprises more than 20 Australian lawmakers, called on the Australian government to ensure Assange would not be extradited if he returned to his home country.”

Meanwhile, Trevor Timm, the director of the San Francisco-based ‘Freedom Of The Press Foundation’, also commented in relation to Assange’s case:

“Various administrations have considered prosecuting journalists under the Espionage Act. In each case, prosecutors have accepted that it would be unconstitutional.”