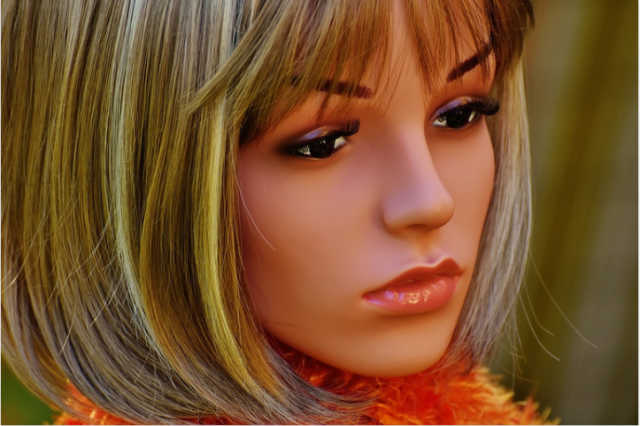 So could it be really possible that the not-so-distant future generations will embrace sex robots warmly? Some say this is undeniably predictable especially to the desperate men and women of the future; who are now becoming more and more comfortably numb with the pacification of their technocratic masters instead of enjoying their youth outdoors and time in nature. Plus, given that there are on-going gender and cultural conflicts between men and women happening as of now, which will likely to continue if our current civilization will not position on the equilibrium, chances are really great that people, especially men whose nature is often driven towards sexual release, will be more than happy to settle with AI sex robots just to satisfy their “selfish genes”. But still, how would it really look like, only time can tell.

Because the fact is, the male and female relationship paradigm has become more complex and even the concept of gender itself has shifted to an unexpected and critical degree and the impact has gotten more unbearable because also of the intensified factors that influenced it – the commoditization of almost every aspect of living, the everlasting culture of illusion and make-believe in the mass media, unstable economy, and of course the evolution of biological predispositions of both genders. Though, along with that, it has also become more conscious to itself; that is the positive part. Though, the manifestations and the results still became somewhat “extreme” which include feminism, radical feminism, transgenderism, anti-natalism, the men going their own way (MGTOW) movement, etc. And just like how many of today’s men are already satisfied with just pornography, sex with AI robots will also be most likely to become common or normal activities for most men in the future.

To understand a little about the MGTOW philosophy, let’s first start from someone outside looking in, this comment from a woman named Bridget in one social media site:

“I get it. I really do. Some men have been totally dicked over by women. They lose their kids in custody battles. Women make false accusations about sexual assault and men’s lives are absolutely ruined. Bottom line, they lose their jobs, they lose their reputation, they lose their families, they have to pay lawyers to fight charges they never should have been accused of, sometimes leaving them completely bankrupt. I feel for them – they have been treated horribly and I don’t blame them at all for feeling wary about ever trusting a woman again.”

Meanwhile, according to one man who actually considers himself a MGTOW:

“MGTOW is loosely related to the men’s rights movements, though it’s different in that many men simply disconnect from society. That should be expected. These are not older men for the most part, but younger men disillusioned and disenfranchised trying to grasp what they can after being called rapists, child abusers, murders, and basically horrible people. Some men come back with that same level of hatred, because they’re as immature as the women who espouse such malice.”

Therefore because of this many people, including MGTOW men themselves, predict that sexbots will be embraced tenderly by many in their community in the future. Some also predict that it would significantly impact the dating culture because there will be more “red pilled” men coming. However, they also fear some sectors of the society or even the feminists themselves will demand to ban the technology for whatever reasons. But if it really become mainstream, AI sex robots would produce serious impacts not only to the relationship between men and women but also to the population of humans in general. Although, the adoption of sexbots could also mean from both genders because these days it’s not only men are becoming less interested in propagating but both.

But in spite all of these, for sure there are still lacking from the plate. And for sure there will be a competition at some level between women and sexbots when it happens. Which one will win? Which one can provide the most satisfying services? We can’t be sure but we all know that most men long for affection, nurturance, compassion, and warm comfort. And the next question is – where can men get these things in the future? If they’re lucky, there will still be many women who can and are willing to provide those needs. But seemingly, this kind of women are becoming fewer and fewer these days so men, aside from having difficulty in connecting, in turn also become less interested in doing serious effort. Therefore having sexbots, most especially to those who are less ambitious, could be the easiest option they can take.

But if the concept is valid all the time, that “spreading” our genes is our main prerogative in life as a man, will it really mean even to the point of passionately doing it towards a life-less machine? Will it also greatly affect our job and mean that most of us men would not anymore strive for more accomplishments and rewards because the system can already provide us opportunity to experience the gratification that motivates us mostly, which is sex, without hard work, without pursuing a career or buying an expensive car? Seemingly, it’s possible. But regarding the long term impacts of making sex robots widely available to the public, the truth is that we don’t have studies yet. Though, one journal has concluded:

“There is a need to improve the theoretical elaboration and the scope and depth of empirical research examining the sexual uses of human-like full-body material artifacts, particularly concerning not only risks but also opportunities for sexual and social well-being.”