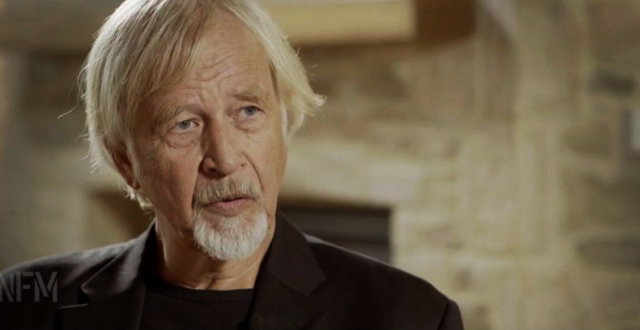 Ever since the beginning of this whole circus game mainly played by the clown doctors in the medical establishment, the ones who just follow orders as much as they benefit financially even though at the expense and the misery of the majority, scientists and experts who truly value ethics and integrity have also been consistently very vocal in fighting against it. One example is the German epidemiologist and lung expert Dr. Wolfgang Wodarg, a former health committee of the German government who has been publishing scientific essays since early this year expressing very critical perspectives about the coronavirus scam and its measures. For example, since earlier this year, Dr. Wodarg already decried the unscientific process being mandated by the World Health Organizations (WHO), claiming it is a dodgy tactic to bypass doctor’s role in making informed decisions. According to Dr. Wodarg:

“It’s exactly about what they’re trying to do now, to set up large vaccination centers everywhere. That means the vaccine is not given to general practitioners who would be able to advise their patients, like they did with the swine flu. Back then with the swine flu the doctors said; “No, I will not give this vaccine to my patients.” In Germany there was hardly any vaccination, fortunately. The doctors practically saved their patients from this bad vaccine. They try to circumvent this now. They are now trying to make big centers in Germany, 60 large centers.

Large cold stores are being built at the airports, and the pretext for this is that this vaccine has to be cooled very, very thoroughly, and you can’t do that in a doctor’s office, and in this way there will be great centers, similar to those PCR-test centers at the border, at airports and such. These are big companies, big laboratories. And exactly such companies will then also carry out the vaccination with some auxiliary workers; that is the plan. And that the doctors put up with this, that the medical chambers are allowing this, the way this vaccine is then suddenly administered, by people who have no experience, with no previous personal contacts with the patients — How they can just watch that, when otherwise they always say, the Robert Koch Institute, “You have to give informed consent for vaccination.”

Calling the vaccination scheme as the “pinnacle of the crime”, he said people should really have to be “well-informed” about it. He claimed that doctor’s role is supposed to be very important as they are the ones who can truly identify the person’s real condition and his or her medical needs through knowing the history, current diet, etc. Though, given that well-informed people will most probably refuse the vaccination, it seems they won’t need this process anymore. But still, Wodarg warned that “all the late effects that can occur (from the vaccines), such as autoimmune disease, cancer, everything that disturbs the immune system, can cause serious chronic illnesses”. He also added, “when this vaccination is carried out en masse, and only one per million in the population has side effects, and then there will be millions of people who become seriously ill, many more than have suffered from any epidemic so far”.

Along with the microbiologist Prof. Dr. Sucharit Bhakdi, Dr. Wodarg also once wrote a statement regarding the effects of these so-called novel vaccines; which are being rushed to the public by health officials without having a truly critical examination. He wrote that during the alleged swine flu pandemic in 2009, the vaccine lobby “had the application of recombinant nucleic acids on humans hidden as ‘vaccination’ in the German Medicines Act” and also wrote that, “this was done in the last session before the election campaign summer break without any debate and was secretly put on record”, adding that, “companies and their political lobby are still trying to euphemistically convince us that it is a normal vaccination”.

“Recombinant RNA, which is introduced into human cells, also alters the genetic processes there and can very well be classified as genetic modification of the cells or the organism, because genetic modification is not limited to a direct modification of the DNA. However, the recombinant RNA introduced into the cells is not intended to reproduce, as viruses do. It is also not part of the rehearsed cellular communication and abuses existing defence routines like private security services in a police station. According to Prof. Dr. Bhakdi, it is impossible to overlook which processes in the body can be triggered by the vaccination. An impairment of the human germ line cannot be ruled out, which could also lead to changes and damage in future generations.”

Dr. Wodarg also exposed the pharmaceutical companies’ real motives during the 2009 H1N1 hysteria. It was thought that big pharma’s profit from the vaccine during this time has reached around $7.5 to $10 billion, “recouping the billions they had invested in researching and developing pandemic vaccines after the bird flu scares in 2006 and 2007”. Heading the investigations and hearings was Dr. Wodarg, the then chairman of the Health Committee of PACE, who called it “one of the greatest medical scandals of the century.” Dr. Wodarg claimed that the WHO “softened the definition of a pandemic from an outbreak in several continents at once with an above-average death rate, to one where the spread of the disease is constant”. He said that the sudden change in definition “made it possible for the pharmaceutical industry to transform this opportunity into cash, under contracts which were mainly secret”. Then finally, Dr. Wodarg said:

“In my view, the WHO undertook an incomprehensible action, which cannot be justified by scientific evidence. The Council of Europe should investigate this to see how WHO can undertake this kind of dangerous nonsense.”