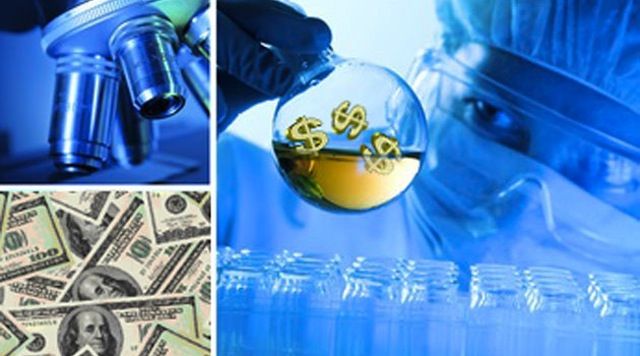 On June of this year, a report about a secret recording of the conversation of two editor-in-chief from prestigious medical journals, the Lancet and the New England Journal of Medicine (NEJM), has surfaced over the internet and “shocked” many, revealing how the big pharma influence results from medical or scientific research being published by these journals and how it can distort information for the sake of its interests. According to a report by Ethan Huff:

“New evidence has emerged to suggest that deep-seated corruption within the Big Pharma establishment is having a detrimental impact on the quality of information published by highly esteemed medical journals such as The Lancet and the New England Journal of Medicine (NEJM).

A leaked, closed-door discussion between the editors-in-chief of these two journals has revealed that the pharmaceutical industry is so massive and powerful that it can basically procure “science” that says anything the industry wants it to, and often goes undetected.”

The leaked discussion was said to have occurred just this year at the Chatham House in London. According to the report, people who heard the discussion were worried, fearing that big pharma could always skew results through its financial pressure on medical journals to make it favorable to its interests, drugs, vaccines, etc. Huff also added:

“Another way of putting it is that the results of many studies that suggest drugs and vaccines are safe and effective could be flat-out false because the drug industry tweaked them to arrive at favorable conclusions when they otherwise would not have.”

Although it isn’t surprising to many that corporate influence often adversely affects the quality of studies being carried out, even sometimes making them meaningless, especially when financial and commercial interests of the company supersede the interest of the public. Science sponsorship, as what others call, has led to a decline of credibility as it allows companies to corrupt and use science (and scientists) as means to advance their strategies and get their agenda done, even at the expense of the public itself. For example:

“In 2005, Stanford professor Paul Ioannidis published a now-famous paper, which argued that most research findings are false. The greater the financial interests in a scientific field, the less likely the research findings are to be true. Furthermore, review groups like Cochrane can only review published research. So if there is nothing but biased research published, the meta-analysis will be biased as well. Whenever there is heavy financial interest in a certain outcome, biased results, fraud and corruption must be expected. “Since funders get to review the proposed research methods and specify the process and exclusion criteria prior to granting funds, the results will be stacked in the funder’s favor.”

Researchers also point out that outright scientific fraud really occurs especially when it is used to further a career in the industry. Along with that kind of disastrous inconsistency, the dogmatism and fanaticism in science also hinder real progress and pave way for more corruption, making it easier for corporations to protect their established biases within a certain issue by undermining every effort that contradicts their favoured narrative. As a result, science becomes easy target for institutional abuse. Here is an example case about GMO and pesticides:

“Coca Cola deployed scientists to confirm its sugary lemonades, one of the main drivers behind the obesity epidemic, are actually healthy. Monsanto finances a whole armada of scientists in order to prove that genetically modified organisms (GMO) and the pesticides used to treat the manipulated crops are not only without any risks but are helping to save the world. The Environmental Protection Agency withheld important data for more than a decade from the general public and Congress to advance an ideologically biased political agenda.”

“Corruption is embedded in health systems. Throughout my life—as a researcher, public health worker, and a Minister of Health—I have been able to see entrenched dishonesty and fraud.

The health sector is an attractive sector for corruption. Corruption can be seen in all societies. However, because it is influenced by organisational factors, the extent of corruption seen in any sector, including health, relates to the society in which it operates. In societies with less adherence to the rule of law, less transparency, and less accountability mechanisms, health systems are more corrupt.

Corruption in health can range from petty corruption to high-level national, or even multinational, corruption. It presents in different ways, such as bribery, extortion, theft, embezzlement, nepotism, and undue influence. It appears at different points in the system: in the provision of services by medical personnel and other health workers, in the purchase, distribution, and use of equipment drugs and supplies, in regulation of the quality of products and services, in the hiring of human resources, and in the construction of facilities.”

Relating to the issue of big pharma’s scheme to maintain their power and influence, it’s important to remember that most of these drug companies also bribe politicians during election season through the guise of political financial support and pseudo-philanthropism. Regarding this issue, Forbes reported last year:

“According to a Forbes review of Federal Election Commission filings from 2009 through the end of 2018, PACs of AbbVie , AstraZeneca , Bristol-Myers Squibb , Johnson & Johnson , Merck, Pfizer and Sanofi the seven companies set to appear before the Senate Finance Committee—have contributed some $1.6 million to the campaign committees of 27 out of 28 current members of the Finance Committee.

A large chunk of that $1.6 million has gone toward the campaign committees of six senators, who have received $100,000 or more from those seven companies’ PACs in the last decade. The campaign committee for Senator Bob Casey, Democrat of Pennsylvania who ran for reelection in 2018, received the most in that time span: $121,500. (Merck and Sanofi both have corporate campuses in Pennsylvania.)”

The sad part is that the corruption in science is a dilemma and quite difficult to counter for many scientists. In the first place, most scientists find it challenging to get their proposal funded by a truly ethical source and also due to competitions. For example, in 2016, a public scientist named Kevin F. Boehnke explained:

“Government money, for example, is often viewed as more respectable than corporate funds, but it, too, has strings attached. Relying on government money can mean shoehorning research into the priorities of the funding program. The pressure to win government grants may contribute to the disturbing number of nonreplicable studies and tactics like mining data for statistical significance, regardless of actual biological or social relevance. All of these factors can compromise the integrity of the research process—if scientists let them. As long as researchers are dependent on external funding, we will be, in some way, subject to our funding source’s agenda.”

In conclusion, having a great reform for the science and the medical industry is obviously easier said than done. Many people might be ignorant about this fact but corruption has been embedded in the history of these industries and became part of the system for decades. Therefore naturally, it would take a very huge effort to shift gears and fix the mess. However, it is of course a necessity if we truly want to steer the wheel towards real social progress not only for us but also for the generations to come. Without ethics and integrity, society will always be unhealthy and feeble. To truly protect these precious social tools, scientists, doctors, and other experts should always value ethics more than money.