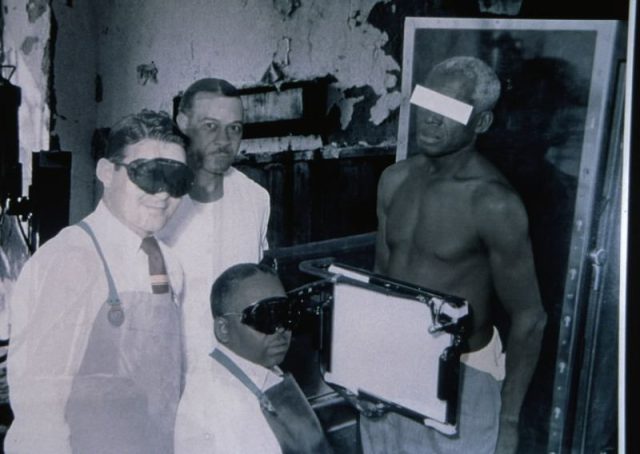 Just a few days ago, Forbes reported that “large numbers of health care and frontline workers are refusing covid-19 vaccine”. The article stated that around 60% of health workers in nursing homes refused the jab. Among the hospitals is Houston’s United Memorial Medical Center, St. Elizabeth Community Hospital (Tehama County, California), and Chicago’s Loretto Hospital in which 40% of the staff also declined. In addition, around 55% of the firefighters in the New York Fire Department also said they would not take the COVID shot. It then added:

“In early December, government officials said they planned to have 40 million doses available by the end of 2020, which would be enough to fully vaccinate 20 million Americans. However, according to the Centers for Disease Control and Prevention, less than 3 million Americans have received the first dose of the vaccine, with 14 million doses have been distributed.”

29 percent of the healthcare workers are hesitant to take the vaccine, according to the recent survey by the Kaiser Family Foundation. KFF said this has something to do with race, particularly that a huge part of healthcare workers in the US is composed of Asians, Hispanics, and African Americans. Also, the hesitancy is due to the lack of public trust in the government and the manufacturers, given that both of these entities have very nasty reputation with regards to the business of public health, such as the billion dollar lawsuits plus other unheard clueless victims of fatal allopathic side effects, which is only a scratch on the surface.

Statistically, the highest of these vaccine skeptics are African Americans. According to a report by the New York Times:

“Vaccine reluctance is a direct consequence of the medical system’s mistreatment of Black people” and past atrocities, such as the unethical surgeries performed by J. Marion Sims and the Tuskegee Syphilis Study, best exemplifies “the culture of medical exploitation, abuse and neglect of Black Americans.”

Not known to many, the Tuskegee Syphilis Study, or the Tuskegee Experiment, is a medical experiment on some black populations without consent or even given knowledge in which researchers intentionally withheld the effective care and cure for syphilis on the subjects in order to “track the disease’s full progression”. The situation has led to horrors when the subjects “experienced severe health problems including blindness, mental impairment, or death”. During the research, these African American men were only given placebos even though “penicillin became the recommended treatment for syphilis in 1947, some 15 years into the study”. According to history.com:

“PHS researchers convinced local physicians in Macon County not to treat the participants, and instead research was done at the Tuskegee Institute. (Now called Tuskegee University, the school was founded in 1881 with Booker T. Washington at its first teacher.)

In order to track the disease’s full progression, researchers provided no effective care as the men died, went blind or insane or experienced other severe health problems due to their untreated syphilis.”

The study, which only ended in 1972, has become a “legacy of racism and mistreatment in the medical industry” against the black communities. The final study participant passed away in 2004. This important part of history became one of the main reasons for their current distrust to the coronavirus vaccination. However, big pharma and their agents in the government positions hardly give up and still push the vaccination scheme. Using their unlimited resources, the big pharmaceuticals producing the vaccines are doing their best to convince not only the African Americans but the entire world that their so-called solution is safe and effective. They are using the best weapons they have just to trick people into believing that getting the shot is a great thing to do because it’s one way of doing your existential duty to humanity, even though there are no actual scientific facts and basis that there is something we should be immunized against; not even to the statistical claims regarding COVID cases and deaths.

During the past months, however, it seems they have succeeded in some, if not most, of their plans. While still oiling the illusion machines of the media using every aspect of society to gain more of its trust and allegiance, is seems that they have also convinced the unsuspecting public that their so-called trials are successful and that the risks is really low compared to the benefits. So it means the efforts of these manufacturers are tremendously serious; maintaining the impression through blatant government lies coupled with massive bribery by the industry. For example, usnews.com wrote about Pfizer:

“In its vaccine pursuit, Pfizer appeared to recognize the need for diversity and inclusion: A fact sheet sent by a company representative states that COVID-19 “is an urgent health crisis that disproportionately impacts diverse communities,” a problem that requires focused action. The drug company’s efforts include information and ad campaigns to educate the public and recruit volunteers in “diverse” communities hit hard by COVID-19, according to the fact sheet. In addition to outreach in several languages and partnerships with grassroots community organizations, Pfizer also set up a website that shows its progress in including minorities in its vaccine trials.”

Back to the Tuskegee experiment, history.com wrote:

“In the mid-1960s, a PHS venereal disease investigator in San Francisco named Peter Buxton found out about the Tuskegee study and expressed his concerns to his superiors that it was unethical. In response, PHS officials formed a committee to review the study but ultimately opted to continue it—with the goal of tracking the participants until all had died, autopsies were performed and the project data could be analyzed. Buxton then leaked the story to a reporter friend, who passed it on to a fellow reporter, Jean Heller of the Associated Press. Heller broke the story in July 1972, prompting public outrage and forcing the study to finally shut down.

By that time, 28 participants had perished from syphilis, 100 more had passed away from related complications, at least 40 spouses had been diagnosed with it and the disease had been passed to 19 children at birth. In 1973, Congress held hearings on the Tuskegee experiments, and the following year the study’s surviving participants, along with the heirs of those who died, received a $10 million out-of-court settlement. Additionally, new guidelines were issued to protect human subjects in U.S. government-funded research projects.”

Tuskegee wasn’t the first brutal unethical study about syphilis by the US. During the year 1946-1948, a decade before the Tuskegee Experiment took place, the US was involved in a medical study in Guatemala in which around 700 men and women, mostly prisoners, soldiers, and people with mental health issues, were also “intentionally infected with syphilis” without them knowing. The study, which was approved and aided by the Guatemalan government, aimed at determining “whether penicillin could prevent, not just cure, syphilis infection”. Many of the subjects never received medical treatment. The results of the study, however, were never published.