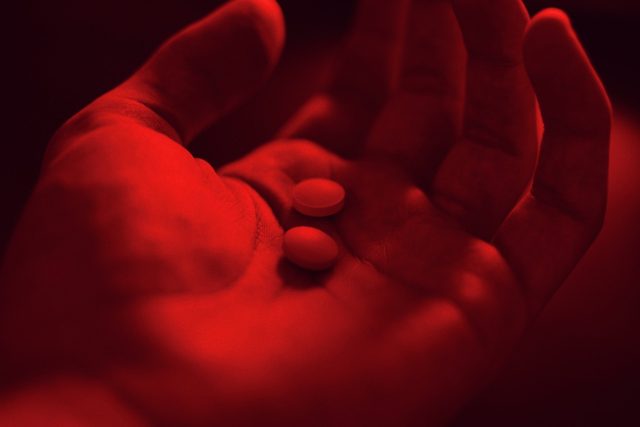 Who would believe that even a psychiatrist, literally a person from the field of psychiatry or from the profession himself/herself, could still be diagnose with mental disorder, suffer horrible consequences and ends up their lives and career devastated, especially to those who disagree with them? That sounds insane but that’s how pathological mainstream psychiatry is; a pathology that even some of the veteran names of the industry itself, mostly from the 60’s or 70’s, are still attacking up to this day. For example, in one interview, Dr. Peter Breggin, a long time psychiatrist and activist who initiated some of the successful campaigns and petitions against brutal government and CIA sponsored psychological experiments and also to the horrible outcomes of psychiatric medications, has said about the power of psychiatrist to disempower an individual:

“You go to a psychiatrist and you say “I feel hopeless and helpless”. And the doctor says in effect, “Well yes you are, you’re controlled by your bio-chemicals”. How depressing. I mean for a moment it might like “oh I don’t have to do the work of facing my life”. But in the long run, the worst message you can give a human being is to tell them their psychological and spiritual problems are biochemical disorders and diseases because it disempowers them. They don’t know where to look; they don’t know what conflicts to even deal with.”

Talking about the profound yet overlooked dangers of this system and how this disempowerment is perpetuated by the psychiatric industry, obviously weaponized by the government, Dr. William Glasser, a “world renowned board certified psychiatrist, author, internationally recognized lecturer” and an anti-Freudian Psychology thinker who also developed the “Choice Theory” of therapy, warned more than a decade ago:

“When a scientist diagnose you with a disease you don’t have, treats you with a drug you don’t need, that can harm you, and tells you can do nothing for your self, psychiatry is very harmful in their mental health. Once you get a diagnosis, and I tell people, that I say, for goodness sake if you can possibly afford it, don’t go to anyone who gives you a DMS for diagnosis because once that diagnosis is on record, it’s not private, it’s no longer confidential and they can use that diagnosis to harm you later in life and say well, “you were schizophrenic one time of your life”.

Giving them a diagnosis and if you can’t ever get the diagnosis removed from your file, which you can’t, well maybe if you spend a lot of dollars good, but you could never get it removed so no one can find it again… Don’t get a record. I have a friend of mine who counsels and says to people “my insurance paper, this says it will pay for it to some extent”. But now you’re gonna be on record so be careful, that record could do you more harm than any help I can give you…”

Aside from this dangerous problem enabled by the weaponization of psychiatric diagnosis and labelling, unnecessary psychiatric diagnosis can also make one’s health destroyed due to the toxic psycho-spiritual effects of psychiatric drugs. It is not surprising that these experts above also speak out against psychotropic medications for decades as they are first-hand witnesses themselves of how drugs like SSRIs, antidepressants, anti-schizophrenia, anti-anxiety, anti-ADHD, etc. have changed people and even caused some to commit heinous crimes. Even to this day, still hundreds or perhaps even thousands of psychiatrists work hard to expose this to the wider public in any platforms at any given chance they have to warn and save others.

In her speech at the 2016 “Integrative Medicine for Mental Health Conference”, Dr. Kelly Brogan, a “Manhattan-based holistic women’s health psychiatrist, author of the book, A Mind of Your Own: How Women Can Heal Their Bodies to Reclaim Their Lives and co-editor of the landmark textbook, Integrative Therapies for Depression”, explained what is commonly hidden by the establishment, dangers that she’d observed from people changed by psych medications:

“One of the major reasons that I believe passionately in a controversial perspective which is that these medications should never be prescribed, not one ever again, is because of the 2011 study by Trotter. Essentially, what they looked at was patients who had been prescribed antidepressant medications outside of diagnostic parameters for run-of-the-mill issues. So divorce, dog died, some agitation adjustments type of things… right? Who these people are? Their demographics, this is what they took and the horrendous nature of the crimes committed by these people sometimes doses to weeks of initial prescription, included everything ranging from murdering their therapist, murdering their spouses, jumping in front of trains, so spontaneous impulsive violent behaviour. But I became deeply interested in this side-effects and began to research how common is this because the other thing that I was told is that this is exceedingly rare, this never happens even if it does. It’s really common. And in fact I challenge you to do your due diligence every time you hear about the media making case of violence, whether it’s a school shooting, infanticide or something heinous like this, ask – what were they recently treated with? Or did they have a recent dose change?”

Meanwhile, comparing it to people who didn’t take the psychiatric medication as an option, Dr. William Glasser said about patients who do so:

“So when your own somebody’s drugs, I won’t mention their names but there are drugs like this and these drugs harm your frontal lobe and if you take these drugs, which almost every person “diagnosed” schizophrenic in the United States is on these drugs, the chances of them recovering are very very slim. Now if they take no drugs, they’ve proven this, around 67% of people who have just given psychological support, and maybe protected a little bit, will recover from the “schizophrenia”…”

Although many stayed, like Dr. Peter Breggin and Dr. William Glasser who instead proceeded to stood firm and attack the industry, some vocal critics left totally disappointed and even disgusted by what they’ve seen. The good thing about them, fortunately, is that they didn’t back down and they use their negative experiences as a tool to contribute to the movement that is trying to make psychiatry ethical or better. One example here is Daniel Mackler, a former therapist who is currently active in Youtube in tackling mental health and other psychiatry related issues. In his video entitled “Why I Hated Working at a Psychiatric Hospital: An Exposé by a Former Therapist”, he explained some of the reasons why psychiatric diagnosis is very disempowering and harmful:

“Overall, after those eight weeks, I remember thinking I will never ever work in a psychiatric hospital again, it’s not for me. And the main thing was it was a hierarchical authoritarian environment. It was a top-down environment; there were the big shots in the top and that was psychiatrists, the people who were medical doctors who had extra residency in psychiatry and they were the ones who were considered to be the ones who were “in the know”, they knew the most and they tell other people what to do. Then there were psychologists and then there were social workers, occupational therapists, nurses were down there too but who was at the bottom? It was the patients; the patients definitely had the least power. They were the most disempowered; and the most obvious reason was, is they didn’t have keys, they couldn’t leave, it was locked units that I was on.”