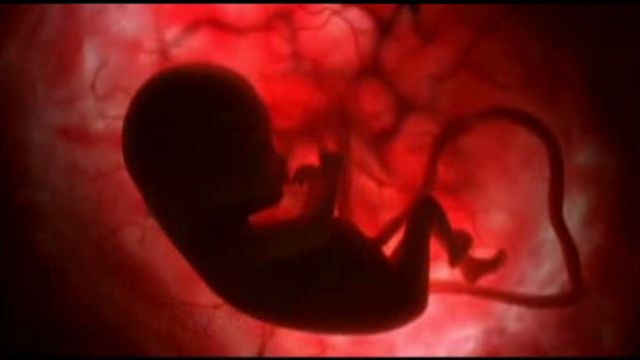 Although in general there are dilemmas modern science is facing, clearly, in most areas there are concrete grounds where the line between the institution and the individual’s well-being should be drawn. Ethical implications of health, medicine, and sciences, of course, should be society’s one of main concerns and government system must ensure there is always consideration to bioethics in every major social program related to such areas. Without considering bioethics, our application of technology and science can be easily compromised, especially when our current society is dominated by elitist ideologues with authoritarian tendencies whose bio-psychological drive is to live a longer period of time even through indiscriminate use of technology, or at the expense of a significant percentage of the population.

One clear example of the most popular bioethical issues of our time is the medical data. This includes genetic data, health or medical history, diet, medicine, etc. As an essential expression of the collective moral inclinations, bioethicists ask questions that science is compelled to answer or consider. In addition, bioethics is not just an issue only experts and authorities should be concerned about; rather, this is a concern for all people therefore important institutions should openly, honestly, and consistently discuss this, including hospitals, academes, businesses, etc.

As an example, let’s take a look at these questions by Medical Futurist on their website:

What to do with genetic and genomic data? If you already purchased a direct-to-consumer genetic test or any other one, what can companies do with your data? Can you delete it or force the companies to make your genetic information disappear? Could it be allowed for companies, research conglomerates or pharma enterprises to purchase or sell such data, and if anyone does that, how to set the price for it? What is the price for a single person’s sequenced genome? Should there be a price?”

These are some of the challenging questions science is facing and these are perfectly valid questions. At all cost, society must always uphold the boundaries against science to ensure societal coherence and safeguard human well-being and evolution. Let’s take for example the issue of gene editing; as many have raised, the questions here are: how do we limit the technology so that it will not exceed or potentially results to exploitation? Will it solve or worsen wealth or resources distribution inequality? Who’s going to be responsible for the machines, robots, etc. especially if failures result to injury? Lastly, what are the legal limitations for the public users?

It’s important to note that it has been proven in 2018 that we humans, through CRISPR technology, have already accessed this genomic dimension with the capability to manipulate or at least interfere with its natural order when China broke out with a news about the genetically altered twin sisters. Later, this has caused outrage to the international scientific community, resulting to a global moratorium on gene editing embryos. Therefore it proves that even within the scientific community itself, it’s natural for humans to interfere with the courses of scientific innovations for its own survival and perhaps as a result of its psychological evolution with regards to the environment and culture of morality, compassion, empathy, etc.

Meanwhile, another important questions regarding genomic science being raised by Medical Futurist are:

“Who’s the owner, the distributor or the user of that data? What is it worth and who uses it for what purposes? Or what about connected medical devices used for healthy people? Could the use of an exoskeleton be allowed in a warehouse to enhance capabilities? What about brain implants or digital tattoos? Where should or might the augmentation of human bodies or cyborgization stop? We’re no longer in the realm of science fiction. These issues are real, well and alive.”

Some say it’s clear that we have already opened the “Pandora’s box” long time ago and until now, apparently, the mainstream science is playing with it with full enjoyment. The question, however, is that are we really ready to face more consequences? With this gene editing technology, how can we make sure the powerful and the dominant, or worst the authoritarian, classes of the society will not use it against ordinary citizens? Will it make poor people perpetually poor and rich people on its advantaged place in terms of health, food, and medicine? Therefore from clinical trials to research and even to actual applications, bioethics should always be put in place and considered.

Of course you cannot talk about bioethics in medicine without talking about vaccines. Currently, many experts are expressing concerns about the on-going COVID-19 vaccination schemes happening in many countries due to many reasons. And one of the moral issues they are raising is the use of fetal cell lines or the HEK-293 derived from aborted fetuses. Many people, especially Christians, consider this unacceptable and immoral. To understand more, let’s look at the recent article by Life Site News (LSN) regarding HEK-293. It says:

“There are a number of fetal cell lines in existence right now. There’s WI-38, MRC-5, HEK-293, PER C-6, and WALVAX-2; WALVAX-2 is not currently being used in any vaccines, but does have the potential to be used and is currently used in therapeutic treatments.”

Relaying the interview they did with Pamela Acker, a person who’s part of a research team who spent nine months in the lab studying HEK-293, the article continues:

“Acker speaks about her research into the HEK-293 cell line specifically, and talks about the number that’s at the end of that cell line name. “HEK” stands for Human Embryonic Kidney and the “293” actually reveals the number of experiments that a specific researcher did to develop that cell line. It doesn’t mean there were two hundred and ninety-three abortions, but for two hundred and ninety-three experiments, you would certainly need far more than one abortion. We’re talking probably hundreds of abortions,” Acker shares.

Acker goes on to discuss why researchers would choose a fetal cell line over an adult cell line. The details boil down to one answer: because they’ll last longer, having a much longer lifespan. However, these cell lines encounter some dangerous side effects, such as the genes are given cancer promoting genes…”

Acker also explained why the belief that the cell lines are created using only spontaneous abortions is wrong. According to her, this can be understood by simply understanding that these cells “have to be gathered within five minutes of the abortion”. According also to her, “a miscarriage would simply not provide cells that were alive enough for researchers to be able to use the cells”. Then, she went to explain the most disturbing facts about HEK-293:

“They will actually deliver these babies via cesarean section. The babies are still alive when the researchers start extracting the tissue; to the point where their heart is still beating, and they’re generally not given any anesthetic, because that would disrupt the cells that the researchers are trying to extract. So, they’re removing this tissue, all the while the baby is alive and in extreme amounts of pain. So, this makes it even more sadistic.”

Clearly, this sends us a message that technology and science have already gone too far that’s why it should change. Therefore it is necessary that the public asserts ethics by asking questions to authorities or to institutions before giving consent. This is how we can assure moral principles concerning us humans are considered so that we can ensure safety and fairness for everybody. We should ask questions like “Who will benefit the most? Are there any trade-offs needed? What are the consequences? How does it work in the long term perspective? What should be done to maintain it? Are there other choices? Is it fair to everybody?” etc. By asking these questions, we are helping to maintain a just and humane society not only for us but for the coming generations.