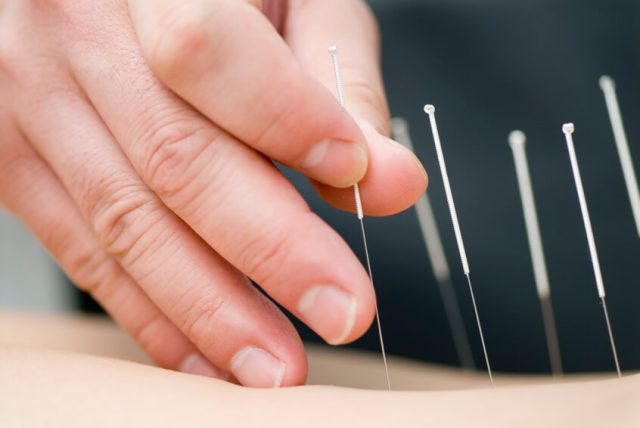 There are many reasons why the general public is very ignorant about non-conventional or non-mainstream medicine, therapies, or approaches to healthcare. One of the main reasons is that there is an on-going control of information/education and technologies with regards to health and medicine, which started more or less two centuries ago. Before the beginning of the 20th century, holistic and other methods which are not originating from the West, mostly proven to be effective for thousands of years, were very popular and widely practiced in many places in the US, Europe, and in Asia. However, when the Rockefeller and the Carnegie families started putting their investment on healthcare and medicine, initially in the US, monopolizing and privatizing almost every aspect of it through the use of educational system and various government institutions, things shifted drastically away from the public access. Interestingly, various so-called modern illnesses have also pop up along with the rapid popularity of this allopathic establishment.

But thanks to the remaining wisdom and to the audacity and determination of many of the so-called unconventional practitioners of today and of the past, holistic and natural healthcare remain alive and well-accepted and experts still continue to pass the knowledge through education, regular conferences, seminars, and even daily application. Sometimes, these alternative approaches to healthcare, which usually comes from traditional medicines, are called Non-Pharmacological Interventions or NPIs. This may vary depending on locations, culture, resources, etc. Examples of these interventions are diet or nutritional approaches, supplementary foods, exercise programs, psychotherapies, physiotherapy, sound healing or vibrational healing, health education programs, art therapies, ergonomics, etc. It is important for the wider public to learn about these approaches and options and more importantly to have access on them as we all know there are numerous problematic issues associated with the current dominant medical establishment. For example, it is widely recognized that sterility is a common side effect in men after cancer treatment “due to alkylating agents and irradiation which induce testicular damage”. Not only that, chemotherapy, also a common method for treating cancer these days, is now being recognized as harmful.

One of these interesting ancient techniques is acupuncture; known also as traditional Eastern medicine. For thousands of years acupuncture has been widely practiced especially in Asia. Later, it has been accepted in some parts of the US and Europe. Recently, as part of its progress, other practitioners developed their own effective technique of acupuncture. One example is the Yamamoto New Scalp Acupuncture (YNSA). About YNSA, Thomas Schockert explained:

“In the nineteen sixties, the Japanese physician and scientist Toshikatsu Yamamoto discovered an independent acupuncture system. Dr. Yamamoto presented this method, which originally consisted of five points, for the first time at a Japanese Ryodoraku Congress in Japan in 1973. For twelve years, using these highly effective points, which he termed basic points, he successfully treated stroke patients suffering from pain and paralysis. Taking second place only to ear acupuncture, YNSA (Yamamoto et al., 2010) is today the most widely and frequently used form of acupuncture and is gaining increasing significance.”

Another promising medical school of thought that is emerging today is the German New Medicine (GNM). Conceptualized by Dr. Ryke Geerd Hamer, MD., this “clinically-based” approach stands that most “unresolved unanticipated traumatic conflicts are the root cause of disease” as the trauma is “stored in the psyche not the conscious mind”. The foundation of GNM is based on the Five Biological Laws, a hypothesis created by Dr. Hamer describing the “relationship between the day and night rhythms of the nervous system”. Regarding the principles of GNM, Health Triad explains:

“Individual, unresolved conflicts also affect the DNA that shapes our character. This is displayed through our behaviors and revealed according to the internal environment (our feelings) and the external environment. Triggers can occur that represent similar situations resulting from the original biological conflict. Our psyche senses it, even if it doesn’t make sense to the human mind. We must realize, in order to change anything in our outer world, we must be willing to resolve the conflict. If we do not, then we continually repeat the very same error in thinking~ we need only to change our outer world.

All trauma in one’s life lives in the psyche. It is human trauma, which is held in the psyche, that causes every disease and psychosis. The exploration, in a clinical setting, with the true science of GNM, based on empirical (practical) evidence, indicates that the traumatic psyche conflict is resolved not from repression or suppression. It is when the person comes to terms with the conflict that the trauma resolution occurs. This allows the body to eventually heal from physical, mental, and emotional diseases.”

Furthermore, GNM addresses the psyche as usually the main bedrock of the problem as Dr. Hamer believes that it is the “software that has access to pre-existing programs for survival of the species” while the brain “controls the nervous system and is regarded as the hardware that uses the nervous system as a relay station”, and that the “organs and tissues are the hardware of the body”. Also, the GNM sees the healing phase as “indication that the related conflict has been resolved and that the correlating organ or tissue is now undergoing a natural healing process”. This healing phase is usually characterized by pain, inflammation, swelling, fatigue, low energy, fever, headaches, discharge, infections, and even certain types of cancer. Dr. Hamer also emphasized that:

“There are currently more man-made toxins than in the 1800’s. The reality is, we sometimes require extra help from alternative modalities and cannot fully heal just by resolving conflicts. However, in over thirty years of my experience, once traumatic conflicts are resolved, more often than not, fewer alternative modalities or even none at all may be needed. To follow the natural order of things, resolving conflicts before utilizing other healing modalities serves the body best and offers longevity of wellness.”

Meanwhile, another not-so-known method yet believed and proven to work since the ancient times is Energy Medicine or Energy Therapies. It aims to “bring energy into the patient or balance the energy within a patient”. As a very broad term, it can include methods such as acupuncture, homeopathy, magnetic field therapy, light therapy, movement therapies, and various types of touch therapies such as reflexology, reiki, polarity therapy, shiatsu, Thai massage, breema bodywork, different forms of yoga, acupressure, Chinese massage, watsu, and all types of similar energetic healing method. Technically speaking, Energy Therapies may also include meditation, distance healing, and various shamanic healing rituals and ceremonies.

Regarding the history and the current research status about Energy Medicine, encyclopedia.com wrote:

“Over the course of the past three decades, energy medicine has moved from being a marginal area of research to gaining a large measure of mainstream acceptance. The Human Potential movement of the 1960s and the counterculture of the early 1970s helped to stimulate popular interest in Eastern practices and belief systems, while the feminist movement of the same period led many women to explore mind/body connections and question the masculine assumptions and values of Western science and medicine. In recent years, the medical establishment has shown a new openness to research in the area of energy medicine, as was shown by the funding of the Office of Alternative Medicine at the National Institutes of Health. At present, there are a number of clinical trials that have been designed to measure the effectiveness of alternatives to conventional treatment.”

Although there are over 300 studies during the past 40 years demonstrating the efficiency of Energy Medicine, these findings are still rejected and ignored by the mainstream scientists. It is now widely known that chemo and radiation treatments, for example, are harmful to the body as they aggressively attack healthy cells even on a body that is on the process of healing. Therefore the global community needs to learn these non-toxic so-called alternative therapy methods and start embracing them. We need a new paradigm of not only medicine but also ways of thinking for well-being in general that value the mind and body’s capability to contribute to the healing process; therefore to recognize that “each cell of our body is endowed with a biological wisdom we share with all living beings”. In this way, no pharmaceutical companies or medical authorities can take advantage due to our fear and lack of wisdom regarding our own health.