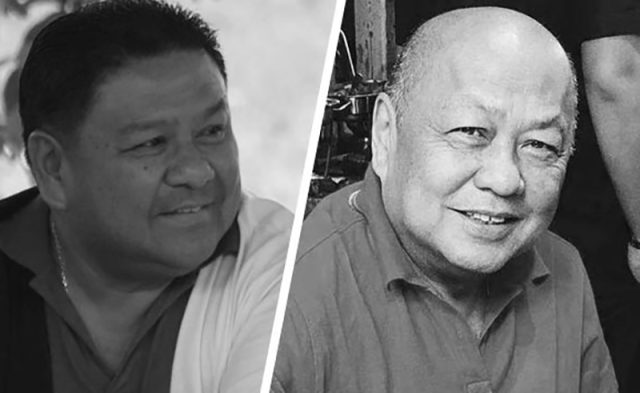 Despite the high cost of hospital treatment, two politicians in the Philippines (Cebu City) believed to have been infected with coronavirus died; leaving 8.2 million pesos of hospital bill to their family mainly due to pharmaceuticals. The two politicians, namely Nelson Garcia, former mayor of Dumanjug, and his brother Marlon Garcia (who is still a mayor of Barili in Cebu at the time of his death) died in September, just few days apart. These two high profile personalities of Cebu tested positive of the alleged viral disease (COVID) in August but were later said to have been cleared of it.

Due to the many anomalies, their two siblings, also politicians, publicly raised questions regarding the billing and the treatment being applied by the hospitals. The two officials, Governor Gwen Garcia and her brother Representative Pablo John Garcia, were puzzled as to why the two died in a very unusual circumstance. In a report from Sunstar Cebu, one of the city’s prominent news outlets, it was written:

“The Garcia siblings wondered aloud why their two brothers died despite the high cost of treatment, assailing the post-Covid-19 treatment, which could have caused the deterioration of their condition. And they raised doubts over possible irregularities in the billing, which might be linked to the fraud over Philhealth’s epidemic funds that Congress investigated.”

In August, the Senate Committee of the Whole, especially convened to include all Philippine senators, “has recommended the filing of criminal charges against Health Secretary Francisco Duque III, former Philippine Health Insurance Corp. (PhilHealth) president and chief executive officer Ricardo Morales, and several other top executives of the state firm for alleged involvement in various multibillion-peso anomalies that brought the agency on the verge of bankruptcy” regarding the controversial P27-billion Interim Reimbursement Mechanism (IRM) and the alleged overprice in the purchase of information technology (IT) equipment worth P2.1 billion. In a report, www.onenews.ph wrote:

“The now suspended IRM was a scheme that allowed PhilHealth to advance money to certain hospitals and health care institutions (HCIs) supposedly to ensure that they can continue to deliver services without fear of becoming insolvent amid the pandemic. However, the committee found out – with the help of whistle-blowers – that certain private hospitals and HCIs received unusually large IRM sums, some amounting to tens of millions of pesos, within a relatively short period since the government imposed the lockdowns even if they had zero or very few COVID-19 patients.

The inquiry also found out that PhilHealth officials deliberately did not withhold taxes in the IRM disbursements, totaling P14.9 billion, which meant the agency in effect paid for the dues that should have been shouldered by the recipient hospitals and HCIs.

Meanwhile, according also to the Sunstar Cebu story, the hospitals might have been “tempted to change moderate cases to severe ones” and also “to apply medicines no longer needed” for them “to charge more”. This speculation is also echoed by many people through “anecdotal testimonies” and “private complaints” which mostly found circulating on social media. The report continued:

“The hospital, from the Garcias’ experience and anecdotes from others, charge different prices for the same drug ranging from P10,000 to P20,000 to P80,000 per dose, at times allegedly lowered when the patient’s family complained. The same drug, Gwen said, was purchased by Capitol for only P6,350 each. The Garcias said the family was billed by the hospital about P3 million for Nelson and P5.2 million for Marlon, mostly on pharmaceuticals and excluding doctors’ fees.”

The two were “pronounced to have recovered from the virus” yet, according to siblings Gwen and Pablo John, still they were “given the same COVID treatment” which include the very expensive drugs. The Garcia’s also said that the doctors refused to discharge them even though one of them, Marlon, offered to sign a waiver. Unfortunately, he died from “septic shock, secondary to catheter-related bloodstream infection, and ventilator-associated pneumonia”; as declared on his certificate.  On the other hand, Nelson “succumbed to pulmonary arrest, secondary to probable massive pulmonary embolism”; according also to the certificate.