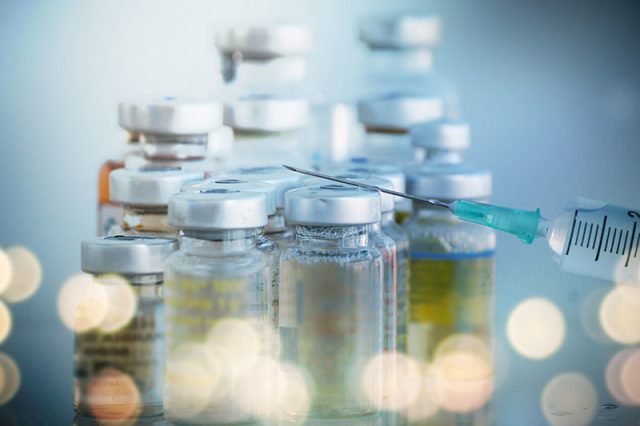 After the Korean Medical Association had called on Seoul to stop the flu vaccination program for a review, South Korean Prime Minister Chung Sye-kyun finally called for an investigation for the safety issues. This is because the death toll in South Korea after getting flu vaccines has rose to 97; as reported by the Korea Disease Control and Prevention Agency (KDCA) last week.

The KDCA, however, still denies that there is a connection between these seemingly genocidal phenomena and the vaccines being used in the government’s free flu shot program. What’s more disturbing is that the KCDA still urges the SK citizens to continue getting vaccination despite the growing number of dead flu vaccine recipients.

To some, this is not surprising for an institution like the KCDA. Such organizations claiming to be in charge of diseases control and prevention, while ironically tainted with conflicts of interest, have been proven to be untrustworthy and deceiving when it comes to science many times in history. For example, a report from Children’s Health Defence (CHD) website stated the following:

“The US Centers for Disease Control and Prevention (CDC) recommends that everyone aged six months and up, including pregnant women, get an annual flu shot to protect against the influenza virus. The mainstream media characterize this recommendation as being firmly grounded in science. The demonstrable truth of the matter, however, is that what the government and media say science says and what science actually tells us are two completely different things.”

What’s more diabolical is that they even recommend this flu vaccine to pregnant women! On the same report, the CHD website also wrote:

“The CDC’s recommendation that pregnant women get the flu shot is all the more disturbing given the fact that multi-dose vials of the flu vaccine contain the preservative Thimerosal, which is half ethylmercury by weight. Ethylmercury is a known neurotoxin that can cross the blood-brain barrier and accumulate in the brain. It can also cross the placental barrier and enter the brain of the developing fetus.”

Therefore, it is reasonable to think that the flu vaccine being used to the SK citizens has contributed or probably the main cause of death. Even if the manufacturers and the state health departments often deny it, common sense would tell us that substances containing heavy metals such as mercury and aluminium, not to mention dozens of other questionable and alarming agents in the vaccine, are very detrimental and should not be put in a human’s body.

For instance, during the last year’s United Nation (UN) summit regarding vaccination, doctors and other experts admitted that there has been no proof that vaccines are safe and effective. In a report published in the naturalnews.com, Dr. Stephen Evans, a Professor of Pharmacoepidemiology stated in the video:

Despite the claims by the proponents of vaccines, a peer-reviewed study reveals that unvaccinated people are most protected against influenza (flu). In one of its numerous reports about flu vaccines, globalresearch.ca wrote:

“At least six separate studies conducted by the same people that are still pushing the flu shot have confirmed that seasonal flu shots make people more prone to contracting the flu. The evidence is now overwhelming that, rather than impart immunity as long claimed, flu shots actually destroy the immune system and increase the risk of infection.”