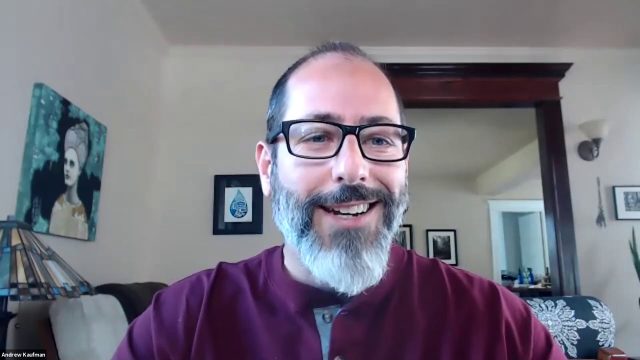 On November 21, Dr. Andrew Kaufman gave a telecast message at the World Freedom Alliance protest in Denmark. The protest, which has been reported to be successful, calls for the Danish government to reject the proposed “epidemilov bill”; a law that would allow the country’s Ministry of Health to order forced testing, hospitalization, business closure without a compensation, and even forced vaccination.

Dr. Andrew Kaufman is a forensic psychiatrist, medical doctor, and now a natural healing consultant who is among the first experts who elaborately explained the invalidity and fraudulence of the purported scientific proof of SARS-Cov2 which was said to be causing the new (unproven) viral disease called COVID-19. Here is the full transcript:

“Hello Copenhagen and all Denmark! I’m Dr. Andrew Kaufman. We’ve been patient, we’ve been tolerant. We’ve even been, at least some of us to some degree, compliant. But this is got to end now! You’ve been on the streets telling your government this and it has worked. So far. Now is the time to keep going. You have the momentum, you have the numbers, you have the heart. I’m grateful you’re standing up.

You’re government is trying to oppress you with a proposed epidemic law. They want you to take the vaccine. If you refuse, they want to prohibit you from shopping, working, and travelling. If that fails, they want to put you into concentration, I mean quarantine camps. If that fails, they’ll have the police force you into the camps. And if that fails, they’ll gonna force you down and give you the vaccine. But you won’t let that happen. You told them, and they backed down. But you have to keep telling them because they will keep trying.

As many of you know, it turns out that this whole pandemic of COVID 19 is a fabricated web of deception. It is a tool of manipulation and control. This so-called virus has never, not by any scientist or government, been actually proven to even exist. This virus is only a theory, a fraud, a figment of our imagination. Picture for a moment that there were no news reports, no mask, no social distancing, lockdowns or store closings; would we see that anything was different from all the past years of our collective experience? Have we seen people dying on the streets? Have we all lost people unexpectedly who are in good health? Are we burying bodies in our backyards? Or is there only the illusion of a pandemic?

At present, these tyrannical policies are based only upon so-called cases. This is not the same as when a doctor diagnosis you with an illness. To be a case, you can be completely healthy; no symptoms at all. All these required for a case is to have a positive test. A case is not a person ill and dying. No, a case is a healthy person with a positive PCR test. You don’t need a test to tell you when someone has a fatal disease. The reason they are using this test is to manipulate us.

Let me tell you about this so-called PCR test. It stands for Polymerase Chain Reaction. This test, as discussed many times by its inventor, Kary Mullis, is not suited to diagnose an illness or prove the cause of a disease. It is a research and manufacturing tool. Yes, manufacturing DNA or RNA sequences. In this situation, it’s manufacturing a fake disease. So what this test actually does is make a lot of something out of a little of that something. That’s it. It takes a short sequence of DNA or RNA and replicates it over and over.

It’s like looking for a needle in a haystack by making that one needle magically turn into 100 million needles. Certainly you’d be able to see that many. One problem is, however, that when you amplify the needles you also amplify twigs, spider webs, lint, pebbles, dust, ants, hair and anything else closed to size of a needle. So when you see the thing in large quantities, are you seeing the needles or are you seeing pebbles and twigs?

According to Dr. Fauci in the United States, if you amplify more than 35 cycle thresholds, then all your results are twigs and pebbles. But that is exactly what they’re doing in many countries like in England they’re using a whapping 45 cycles. All their results are junk. But there’s more. The particular RNA sequences this test looks at are based upon a theoretical model of a theoretical virus’s gene. It uses short sequences called “primer” to find the target of a so-called virus.

A group of researches in Spain recently searched this primer in a special database open to the public called “Blast” and found that they’re identical not only to several different human sequences, but also to as many as 100 different bacteria. That means almost anything, like a fruit, a puddle of water, sheep or an other animal could test positive. And in fact, they all have. Since bacteria are ubiquitous, virtually anything could be positive for this PCR test.

But based on this fraudulent and worthless test, your rights have been compromised. The more testing that is done, the worse it has gotten and will get. You must resist and say no to the swab. Do not get tested or allow your children or your family to get tested. They control the game through testing. If they set the cycles high the number of positives will be high. Then they will order more lockdowns and other tyrannical policies.

One of those policies is about wearing mask. In my opinion, mask is one of the most heinous parts of this crisis. They make us alienated and strange from our brothers and sisters. They tell us to hide our identity in shame. They tell us to be afraid of our neighbors. They tell us to shut our mouth. They tell us not to smile. It’s time to throw away those masks forever. Thanks to Danish scientist doctor (???), we now have, for the first time, high quality randomized controlled trial data on masks for COVID 19. After being refused by three major journals, this paper was finally published earlier this week. I must note that the authors have to write up their discussion with some ridiculous statement just to make it look more favorable to the mainstream to get published. But their scientific conclusions were very clear: there was no evidence that masks reduced infection. I repeat… no evidence!

Thank you Denmark for this major contribution! If you don’t continue to stand up, if you don’t refuse to comply and tell the government that you won’t compromise your freedom, this winter will truly be dark. You must continue to fight against any new epidemic law to be imposed. You simply must set this example for the rest of the world. It’s up to you Denmark.

Due to a manufactured crisis involving a fake virus, a culture of fear and intimidation and a misleading fraudulent test, the governments of the world have scared and manipulated us into giving up many of our freedoms and rights. They have shamed and humiliated us. They have stolen our livelihoods. They have separated us from our love ones. They have stolen our innocence. They will keep taking more and more unless we decide right now to commit ourselves to say no until we are once again free. No more masks. No more social distancing and isolation. No more locking down. No small gatherings. No restricted travel. No closing businesses. No contact tracing apps. No quarantine camps. No forced or coerced vaccines and no epidemic law! Denmark, demand your freedom. Thank you!”