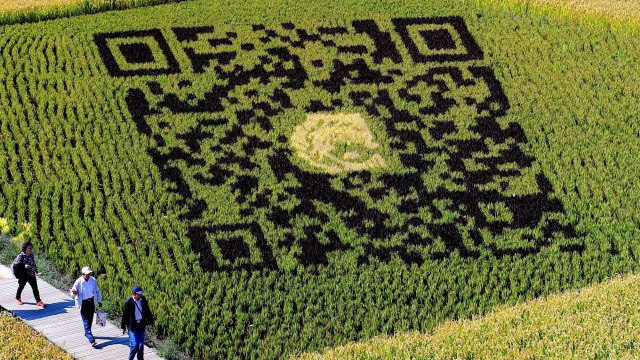 In his speech at the virtual G20 leaders’ meeting on November 21, Xi Jin Ping of China said that to ensure efficiency of the world economy during this alleged global pandemic, countries have to “coordinate a uniform set of policies and standards”. By this, the leader of communist China meant that other countries should support their effort in implementing the QR (quick response) coding, a digital bar code system, of citizens as part of the measures to track people’s movement. According to him:

“China has proposed a global mechanism on the mutual recognition of health certificates based on nucleic acid test results in the form of internationally accepted QR codes. We hope more countries will join this mechanism.”

Xi, however, did not emphasize the specific type of QR code system he was proposing and who would be the designer of this surveillance technology. Meanwhile, Japan, Australia, and Singapore have already introduced this tracking app to monitor people’s movements claiming it would detect potential exposure to Covid-19, a viral disease which up to now, the cause has never been proven and scientifically shown to exist.

In China, the use of QR codes has been mandated since February of this year with the aim of “fast-tracking international travel and business”. This system uses electronic barcode to store a person’s travel and health history which is indicated by color-coding similar to traffic light: green, meaning the holder is healthy and can travel and red or yellow which mean the holder has to be quarantined.

The implementation of QR coding in Hong Kong has raised concerns to the public for “possible leaks of critical personal information”. Meanwhile, this fear over privacy is also being shared in the Philippines. Many Filipinos, especially in the southern part of the country, have raised sentiments over social media, questioning the security of their data and the inefficiency of the system itself. In addition to these concerns, authorities in the Davao City (Mindanao) area have also alarmed some citizens as they are threatened to be arrested if they roam within the city without a QR code. So aside from not being able to enter establishments and buy from the groceries and malls without this, several local reports also stated that people seen three meters outside their residences will be arrested if they have no QR code to show to the enforcers roaming around with the QR scanner.

These are not only the worrying things about QR coding system. Many people around the world are also reluctant to use this technology as it could be easily abused and allow unscrupulous people or organizations to use the data in executing illegal schemes. Data transferring between devices can also lead to security problems as no one can ever really know where these codes will end up. In the website dummies.com, it was also stated:

“The threat is that the QR Code could have a malicious URL embedded in it that takes you to site malware — short for malicious software — that can be, unbeknownst to you, installed on your mobile device. Malware can comprise your device’s software and share sensitive information with cybercriminals. Some of the ways that malware poses a threat to you include:

Making your calendar, contacts, and even credit card information available to criminals; stealing your Facebook, Google, and other passwords and posting without your knowledge or permission; tracking your location for criminal purposes; infecting your device with malware that can disable it.”

Lastly, the mandatory implementation of QR code system also violates our human rights as it would allow the government to include or force us to participate in the Covid-19 testing even though it was proven in many parts of the world by many scientists and experts that the PCR test itself is fraudulent. This method, widely used by the government to justify lockdowns and other coronavirus measures, is now being legally questioned in courts by high-profile lawyers like Rocco Galati and Reiner Fuellmich.