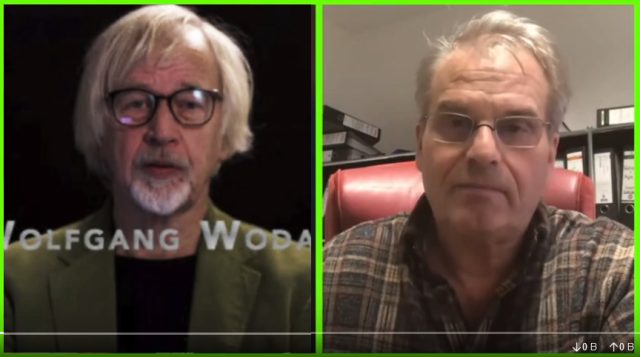 As many governments in the US, Europe, and major countries in Asia continue to use PCR as an instrument for justifying their lockdown and other inhumane and abusive protocols, lawyers, scientists, and health experts from different parts of Europe are now working on a class action to sue the perpetrators of what they call “coronavirus scandal”; spearheading the legal action to stop the madness of this fake pandemic that is destroying democracy, economy, and human lives around the world. These experts are also working hard to reach out to other countries; encouraging citizens to join them in filing lawsuits together to end the injustices currently being done by governments and health officials in the name of fraudulent COVID cases.

Among the lawyers working in Europe is Dr. Reiner Fuellmich, a German-American high-profile lawyer who’d won monumental cases against the world’s largest corporations. Dr. Fuellmich works with the plaintiff Dr. Wolfgang Wodarg who also exposed the fraud behind the “swine flu” hysteria in 2009 in which at that time, he was a member of the German parliament as well as a member of the Council of Europe.

The “2009 swine flu” was another scam perpetrated by the same entities behind the current coronavirus scam, particularly the World Health Organization (WHO) and other private companies connected to the Bill and Melinda Gates Foundation (BMGF), aiming to impose mandatory vaccinations to the general population and establish draconian policies toward citizens. As reported in several platforms, for now the ground in which Dr. Fuellmich and Dr. Wodarg are using is the censorship by “FactCheckers” so that, according to them, the lawsuit will put the burden of proof on “FactCheckers” to prove that the PCR test is accurate. This lawsuit can also be used as a template for other countries aiming to do the same legal action.

There is really a huge chance for plaintiffs to win the case using the PCR as it is now widely agreed by countless experts that this is not valid and suited to fit its alleged purpose. For example, Dr. Mike Yeadon, former Vice President and Chief Scientist from Pfizer who “spent over 30 years leading new [allergy and respiratory] medicines research in some of the world’s largest pharmaceutical companies”, and who also happens to be one of the victims of these so-called “FactCheckers”, stated during an interview:

“There is a test that’s performed with people have their noses and tonsils swabbed and then a test called the PCR is performed on that and what they’re looking for isn’t the virus. You might think it’s looking for the virus but it’s not. What they’re looking for is a small piece of genetic sequence called RNA. Unfortunately, that bit of RNA will be found in people’s tonsils or nose not if they’ve just caught the virus and they’re about to get ill or they’re already ill.

The PCR test is not able to detect whether the viral RNA has come from a living virus or a dead one… so I think a large proportion of the so-called positives are in fact what I call ‘cold positives’.”

Indeed, the PCR test is completely unreliable. In fact, this ground was used already by a Portuguese court for ruling that “it is unlawful to quarantine people based solely on this test”. In a globalresearch.ca report, it was stated that “the court acknowledged that the test’s reliability depends on the number of cycles used and the viral load present”. Citing Jaafar et al. 2020, the court concludes that: