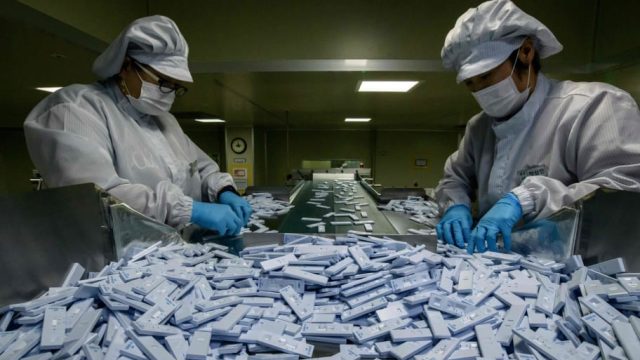 The Korea Disease Control and Prevention Agency (KDCA) declared on Thursday that the number of people who died after the vaccination against flu has already reached 72. However, KDCA said that these deaths were “not related to the inoculation program” while also continues to encourage SK citizens to get the vaccine.

According to the KDCA, “there is no direct link between the flu vaccine and these deaths”. This statement was released by the agency after reviewing the autopsies of 71 deceased patients. Most of these patients were in their 70s and 80s; each “having serious underlying health condition that resulted in death”, according to the KDCA.

“On Tuesday, the U.S. Centers for Disease Control reported that among the deaths reviewed by the KDCA, there have been no associations with anaphylactic shock, a serious allergic reaction that can follow immunization and lead to fatalities.”

In a press briefing, the director of KDCA, Jeong Eun-Kyung said:

“After reviewing death cases so far, it is not the time to suspend a flu vaccination program since vaccination is very crucial this year, considering the COVID-19 outbreak.”

The KDCA also added that it has no plan to suspend the vaccination program despite the rise in public concern due to these deaths and the 1,551 reported adverse reactions to the said vaccine. As of the moment, the cause of death in the remaining autopsy is still unknown.

Meanwhile, the Singapore government has temporarily halted its influenza immunization program “as a precaution” due to these deaths in SK. Singapore is “among the first countries to publicly announce a halt of the vaccines’ usage”. Despite that there were no deaths associated with the influenza vaccine in Singapore, the government still decided to halt the use of SKYCellflu Quadrivalent, manufactured by South Korea’s SK Bioscience and locally distributed by AJ Biologics, and the VaxigripTetra which is manufactured by Sanofi and locally distributed by Sanofi Aventis.

According to the Center for Disease Control and Prevention (CDC) website, most flu vaccines contain preservatives, adjuvants, stabilizers, residual cell culture materials, residual antibiotics, antifreeze, animal blood, and animal viruses. Typically, this includes phenol, thimerosal or mercury, aluminium and formaldehyde. In some vaccines, fetal cell lines (aborted fetus) can also be found. Some of these ingredients were said to be carcinogenic and very toxic to human body, including the brain. Many experts believe that these ingredients are the main cause of neurodevelopmental problems such as autism.