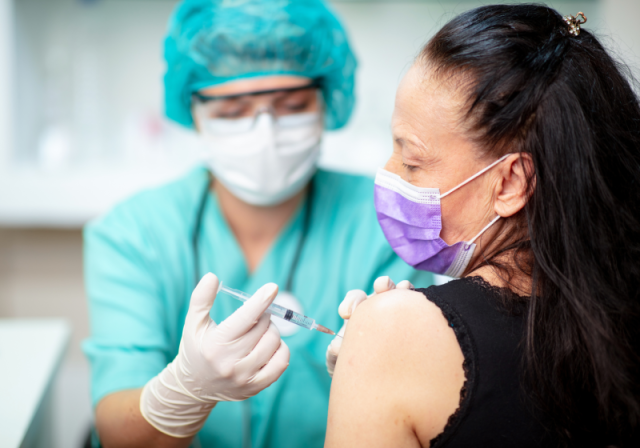 In Brazil, President Jair Bolsonaro is now being attacked again by his critics after he stated that COVID vaccination for Brazilian citizens should not be mandatory. Bolsonaro is one of the very few presidents who care enough to question the safety of the coming COVID vaccine being proudly and enthusiastically touted by the institutions of the West, especially by Bill Gates, the biggest funder to the World Health Organization (WHO), and even by the Russian government, especially when they allowed the so-called “operation warp speed” for the trial.

But in Brazil, the country’s leader is still skeptical and even sometimes acts hostile to these institutions. “No one can force anyone to get a vaccine”, this is according to President Jair Bosonaro’s statement last Thursday on a live Facebook broadcast. He also added: “We cannot be irresponsible and put a vaccine into people’s bodies. As I said, nobody can oblige someone to take a vaccine.” Bolsonaro has been very critical about the so-called health emergency that is happening in most of the world right now. He once said that “shutting down the economy would inflict a greater hardship on the millions who live hand to mouth”.

“Because Brazil’s caseload is so high, and it has a large, dispersed population of 210 million people, several vaccine developers selected the nation to conduct human trials of their products. Bolsonaro’s federal government struck an initial deal with AstraZeneca for 30 million doses of its vaccine, which could later rise to 100 million in total. Brazil’s health ministry expects the distribution of vaccines can start in the first months of 2021.”

The Governor of Sao Paulo, João Doria, however, strongly expressed his eagerness to inject all Brazilians with the coming vaccine and said that the president is “setting a denialist example” to the public. In a video meeting, he said:

“It should be obligatory, except in special cases or under health circumstances that justify not taking a vaccine. An infected person infects others, and makes possible the death of others.”

Because of his stance and his claims that cases in Brazil are also exaggerated and inflated, Bolsonaro receives high amount of strong criticisms both from citizens and the opposition party. Washington Times also reported:

“Brazil’s Workers’ Party, an adversary of both Bolsonaro and Doria, said in a statement that the president’s efforts to create an air of doubt about a future vaccine “ignores the importance of the shots to protect the health of the entire population.” The national health council, which is a branch of Bolsonaro’s own health ministry, said in a statement that the government should not be talking about vaccination against COVID-19 not being mandatory. “The right to individual liberty is not absolute to the point of being above the collective well-being,” the council said.”

“What is important is that people take the vaccine because they understand that it brings a benefit to them. And this is the vaccine’s purpose.”

However, this is not what the case is according to Dr. Carrie Madej, and internal medicine physician and a trained doctor in allopathic and osteopathic hospitals. Dr. Carrie Madej has quite a big following in social media and Youtube and she has a huge knowledge as she studied in-depth about the coming COVID 19 vaccine, along with other related topics such as cstd pharmacy and the medical/health institutions in general. In her latest upload entitled “Human 2.0” – A Wake-up Call to the World”, she stated:

To explain further about the obvious dangers of COVID vaccine and its other side effects, she stated:

“You must know that Moderna was in the news recently, because it really fast-tracked—it’s like the other companies—it’s fast-tracking the vaccine. It’s going from phase 1 to phase 2 very, very quickly. In fact, it’s gone from phase 1 to phase 3 in its experiments from March of this year [i.e., 2020] until currently. I mean, that is unbelievable. It usually takes five or six years. How are they able to do this with the safety and efficacy data that we need? And I want you to know that in phase 2, we only use between … they are only using between 30 and 45 humans. In Moderna’s test study, they only used 45 humans. And with the high-dose vaccine group, they got … 100 percent of those people got systemic side effects—100. That’s only in the short side-effect profile. In the low-dose vaccine, 80 percent—80 percent—got systemic side effects. Now we don’t even know the long-term side effects from that. We would need a lot longer time, right? Maybe years.”

To add more scientific back up, she also warned us about what was actually observed in the actual experiment:

“But we do know based on previous animal studies of using this technology that … you’re going to … you can expect possibly increased cancer rates, increased mutant genes (mutagenesis) … also increased autoimmune reactions. For instance, in some of the ferret studies, they saw that when the ferret was introduced to the virus that they were trying to protect the ferret from, after the ferret got the vaccine, they actually had an exaggerated immune response—it actually hurt the ferret: they had more lung inflammation, more lung fluid, even some problems with their liver. It actually hurt them. They had a poorer response.”