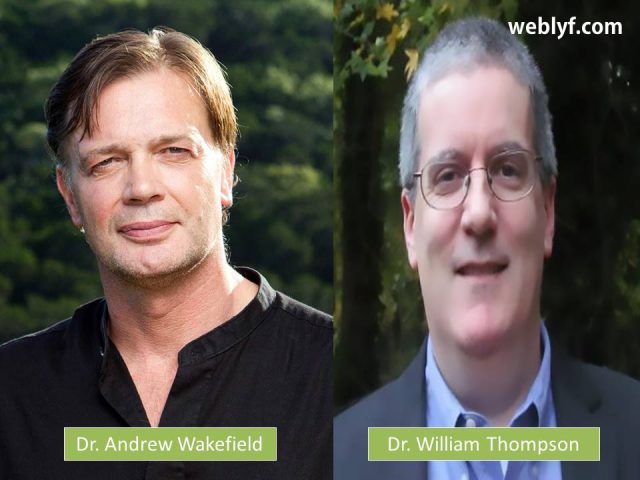 In general, Western society, sad to say, is being over-medicated and drugged beyond anyone’s belief, regardless of age. In some parts of Asia, however, this trend has been happening as well; it’s just that if you compare them, there are more people from the West that can afford hospitalization and expensive drugs that’s why they are the ones usually used as an example. So, it is safe to say that there are slight differences if you compare the two cultures however it is both a target for exploitation, over-medication, and overpricing by the drug companies through the use of media advertising and other corporate gimmicks that are seemingly designed for children, ironically.

Talking about how society is being conditioned to be potential future drug-dependent by the very same institutions that claim to protect them and how they are being deceived through the marketing schemes of these harmful drugs, Dr. Peter C. Gøtzsche, a Danish medical researcher and the author of two books “Vaccine: Truth, Lies, and Controversy” and “Deadly Medicines and Organized Crimes”, explained:

“The main reason we take so many drugs is that drug companies don’t sell drugs, they sell lies about drugs. This is what makes drugs so different from anything else in life… Virtually everything we know about drugs is what the companies have chosen to tell us and our doctors… the reason patients trust their medicine is that they extrapolate the trust they have in their doctors into the medicines they prescribe.

The patients don’t realize that, although their doctors may know a lot about diseases and human physiology and psychology, they know very, very little about drugs that hasn’t been carefully concocted and dressed up by the drug industry… If you don t think the system is out of control, please email me and explain why drugs are the third leading cause of death… If such a hugely lethal epidemic had been caused by a new bacterium or a virus, or even one-hundredth of it, we would have done everything we could to get it under control.”

Indeed, this scheme is notoriously deadly both to the individual and to the society as a whole as it breeds corruption and promotes psychopathy in favor of wealth instead of life. These are the reasons why it is being intensely exposed by many different people right now especially in these very times of fake pandemic, including, of course, many experts who know hundred times better than the ones promoting and protecting these highly toxic mainstream drugs and treatments. One best example is Dr. Stefan Lanka, a virologist and molecular biologist who is also known internationally as an “AIDS dissident”, meaning scientists who don’t believe in “HIV causes AIDS” hypothesis just like Dr. Peter Douchebag, Dr. Kary Mullis and others. Warning about the real effects of vaccine, he explained:

“A concoction consisting of dying tissue and cells from monkeys, bovine fetuses and toxic antibiotics … is being used as a “live” vaccine, because it is supposed to consist of so-called “attenuated” viruses … this toxic mixture full of foreign proteins, foreign nucleic acids (DNA/RNA), cytotoxic antibiotics, microbes and spores of all types is being labeled a “live vaccine.” It is implanted in children through vaccination mainly into the muscles, in a quantity which if it were injected into the veins would immediately lead to certain death … The verifiable facts demonstrate the danger and negligence of these scientists and politicians, who claim that vaccines are safe, have little or no side-effects, and would protect from a disease. None of these claims is true and scientific, on the contrary: upon precise scientific analysis, one finds that vaccines are useless and the respective literature admits to the lack of any evidence in their favour.”

One more expert we should need to look back regarding this issue is Dr. Andrew Wakefield. He is an author of many controversial scientific papers in modern medical history who also studied and linked vaccines, particularly the MMR vaccine, to one of the most common NDD’s (neuro-degenerative disease) of our time – autism. After years of battle against the big giants, Wakefield’s career was affected severely; with endless media slander and character assassination from major news outlet. But Andrew Wakefield and his supporters are still active and strong to this day; after producing two very important major documentary films – VAXXED part one and two, he is now promoting his third documentary which is called “1986: The Act”. Here, he talked about the 1986 National Childhood Vaccine Injury Act (NCVIA) which saved companies from vaccine liability and damages and its implications on the COVID vaccine. But going back to MMR vaccine and autism connection, Andrew Wakefield’s works have been vital components.

Not surprisingly, Dr. Wakefield has been somewhat defeated by the establishment propaganda. But no one can stop the movement, also smeared through the term “anti-vaxxers”, as the information has got the public’s attention all over the globe. No one can deny that there are millions upon millions of people right now that are already aware of the vaccine issue and are not going to take the COVID shot. This is obviously one of the things the globalist elites prepared for and for sure they would do everything to prevent this. They will lie until the end just to protect themselves. As example, according to Andrew Wakefield’s claims himself, first, “the CDC and pharmaceutical companies covered up findings that mercury-containing vaccines had an association with neurological damage in children. Second, children were getting more and more mercury-containing vaccines (way in excess of the EPA’s guidelines for even adult levels), and lastly, pharmaceutical companies became so wealthy from sales, “they could buy the politicians…buy the media, and …buy the doctors” because they have no liability for vaccine damages”.

One whistleblower from the Centers for Disease Control and Prevention (CDC) is also backing this claim. Dr. William Thompson, the senior vaccine safety scientist at the CDC and an author of two epidemiological studies “reported to Focus Autism Foundation’s (FAF) Dr. Brian Hooker that the CDC omitted important data linking the MMR vaccine to autism and is speaking out about the long-hidden truth”.

Therefore Dr. Wakefield was correct, MMR vaccines indeed cause autism. Regarding the unethical actions he participated with, Dr, Thompson stated:

“I regret that my coauthors and I omitted statistically significant information in our 2004 article published in the journal Pediatrics. The omitted data suggested that African American males who received the MMR vaccine before age 36 months were at increased risk for autism. Decisions were made regarding which findings to report after the data were collected, and I believe that the final study protocol was not followed. My concern has been the decision to omit relevant findings in a particular study for a particular sub group for a particular vaccine. There have always been recognized risks for vaccination and I believe it is the responsibility of the CDC to properly convey the risks associated with receipt of those vaccines.”

Despite these rock-solid facts, the CDC and the vaccine industry still deny and insist that vaccines do not cause autism. Despite the decades of documents showing big pharma’s damages brought to people, these giant drug empires still enjoy indemnity from liabilities while millions of people suffer. Dr. Thompson is not an ordinary scientist at the CDC. He published some of the most commonly cited pro-vaccine studies. However, as a human who still has conscience, this is what he confessed: