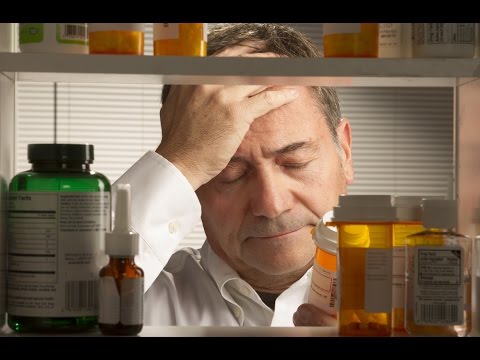 It looks like 2020 is the year in which the biggest pharmaceutical companies and the monopolized mainstream medical establishment have been placed more on the spotlight for public to see and be warned against. Thanks to the COVID hoax, the massive awakening regarding our current global health institutions is happening faster than ever; redirecting the people to return back to the natural ways and to learn how to adapt the organic laws that govern nature. As we all can observe, if we respect nature, then nature will provide for us; abundantly and consistently. Or just simply put it: do not destroy your “home” and your source of life.

Prior to the coronavirus fake pandemic, health institutions, particularly those who exist to protect and advance big pharma’s profit-driven healthcare system, have been already a total mess. It would be hundred percent accurate to claim that it was already worst and difficult for people to cope, especially to those who are old or those who are in severe health conditions. To look back at history, with their allopathic medicine and rigid licensing, the Rockefellers and the Carnegies made it challenging since they started controlling the medical establishment; discrediting and even criminalizing those who carry the wisdom of nature in the realms of health and healing; meaning those who practice eastern, holistic, and naturopathic medicine. And since then, people are aware that there is something wrong with it, that some of their methods are unscientific and many of these allopathic medicines are harmful to the patients.

But how broke the mainstream medical establishment is? How deep is the corruption? In October of 2015, Dr. Gary G. Kohls wrote a piece called “Big Pharma Dangerous Drugs and Drug-Injured Patients”. He stated:

“Like many other physicians who have tried to take the Hippocratic Oath seriously (“first do no harm”), I also tried to resist the increasing corporate influences that eventually made the once-honorable practice of medicine into a crass profit-making industry. It makes me sad to report that outside forces have gradually made us physicians into computer bound high class technicians that are largely prescribers/providers of Big Pharma’s often toxic and always unaffordable drugs.

In the current profit-above-all-else era, it is not even remotely possible for us physicians to be the compassionate healers of the long-gone era that I knew. Way too often, the money-making Big Business of medicine is being controlled by institutional shareholders  (who demand increasing dividends or increasing shareholder value) whose CEOs are often amoral Masters of Business Administration graduates who are equally at home leading Wall Street banks, tobacco companies, weapons manufacturers or brothels – or big clinics or hospitals. In this era the term “business ethics” (just like “military justice”) is an oxymoron.”

Meanwhile, Dr. Peter C. Gøtzsche, a Danish medical researcher and leader of the Nordic Cochrane Center at Rigshospitalet in Copenhagen, Denmark, found out on his research and wrote on his book:

“It is scary how many similarities there are between the drug industry and the mob. The mob makes obscene amounts of money…The side effects of organized crime are killings and deaths, and the side effects are the same in this industry. The mob bribes politicians and others, and so does this industry…”

“In contrast to the drug industry, doctors don’t harm their patients deliberately. And when they do cause harm, either accidentally, or because of the lack of knowledge, or by negligence, they harm only one patient at a time.”

On the other hand, a whistle-blowing ex-vice president for Pfizer’s global marketing department who doesn’t want to be named said:

“Otherwise good citizens, when they are part of a corporate group, do things they otherwise wouldn’t do because the group validates what there’re doing as OK… The difference is that all these people in the drug industry look upon themselves as law-abiding citizens, not as citizens who would ever rob a bank. However, when they get together as a group and manage these corporations, something seems to happen. It’s almost like when soldiers commit war crime atrocities. When you’re in a group, it’s easy to do things you otherwise wouldn’t do.”

One of the direst consequences of this is called “iatrogenesis”. According to Wikipedia, “Iatrogenesis is the causation of a disease, a harmful complication, or other ill effect by any medical activity, including diagnosis, intervention, error, or negligence”. In addition, globalresearch.ca also reported about the subject:

“A decade after her article was published (in a December 2009 interview), Dr. Stanfield re-affirmed the veracity of her earlier data by saying: “106,000 people die (annually, in US hospitals) as a result of CORRECTLY prescribed medicines…Overuse of a drug or inappropriate use of a drug would not fall under the category of ‘correctly’ prescribed. Therefore, people who die after ‘overuse’ or ‘inappropriate use’ would be IN ADDITION TO the 106,000 (these numbers do not count out-patients killed by prescription drugs!) and would fall into another or other categories.”

Other not so known cases of iatrogenesis also are the effects of vaccines and the long-term use of psychotropic medication. Dr. Gary Kohls also wrote these very important points:

Dr. Kohls also explained that one reason this problem appears to be very challenging is because there is also a huge lack of knowledge from both prescribers and consumers and that dogma also plays a very vital role. According to him:

“…cognitive dissonance is also rampant among America’s psychotropic drug prescribers, psychotropic drug consumers, the corporate drug-makers and the corporate-controlled media. Whenever these groups are confronted with the fact that the drugs they once trusted and profited from are not as safe or as effective as they had previously believed, they go into denial.”

“The four companies that make all 72 of these vaccines – Merck, Sanofi, Pfizer and Glaxo-Smith Klein – are all convicted felons. Those four companies in the last decades have paid over 35 billion dollars of damages and penalties and fines, criminal fines for defrauding regulators, for falsifying science, for lying to doctors, lying to patients and customers, for killing hundreds of thousands of Americans. You know for example, Merck flagship product before if put Gardasil on the market was Vioxx. Vioxx killed between 120,000 and 500,000 Americans. It was a pill, and Merck marketed it as a headache pill that cause heart attack. Merck knew that it cause heart attack from its clinical trial but it decided not to tell anybody. Most of those people who took that pill for a headache or for arthritis pain probably would have taken aspirin if they knew that pill could have killed them.”

So with these issues being said, it seems that year 2020 is forcing us humans to now take control of our own health, to take care of our terrain, and to truly think for ourselves instead of leaving our lives to the hands of the few pseudo-scientific elitists in major health institutions. They have proven their untrustworthiness to us so many times so it’s the turn of the humane and ethical healthcare paradigm; to truly enable us to reclaim our health and to lessen unnecessary suffering in the name of medicine. As what Dr. Gary G. Kohls suggested:

“The epidemic of patient harm in hospitals must be taken more seriously if it is to be curtailed. Fully engaging patients and their advocates during hospital care, systematically seeking the patients’ voice in identifying harms, transparent accountability for harm, and intentional correction of root causes of harm will be necessary to accomplish this goal.”