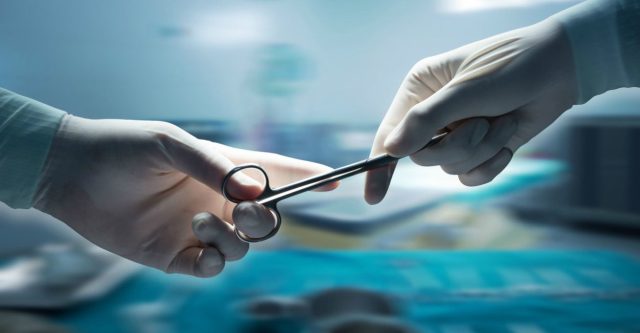 According to modern science, the human’s sexual organization develops from the DNA and that “sex differences manifest themselves in many bodily systems and organs all the way down to the molecular level”. From every level of our being since the beginning, our bodily functions in reproduction are organically being shaped and this cannot be changed into the opposite no matter what kind of technology we use or no matter what hormone-changing medicines we take. Modern technology can only manipulate the external appearance of our body but it’s totally impossible for it to effectively change the designed functionality of each organ, let alone change or drive our biological completeness into its opposite.

Using the schools now, the transgender movement is now aggressively pushing the notion that what things they believe in terms of gender biology are all scientifically plausible and therefore should all be considered valid basis for their political demands. But in contrast, amidst this current cultural battle between parental freedom and socio-political identity, apparently, the movement faces endless resistance even from medical experts themselves. Talking about the long-term psychological impacts of sex reassignment, a distinguished service professor of psychiatry from John Hopkins University School of Medicine named Dr. Paul McHugh has stated:

“Transgendered men do not become women, nor do transgendered women become men. All (including Bruce Jenner) become feminized men or masculinized women, counterfeits or impersonators of the sex with which they ‘identify.’ In that lies their problematic future.

When ‘the tumult and shouting dies,’ it proves not easy nor wise to live in a counterfeit sexual garb. The most thorough follow-up of sex-reassigned people—extending over 30 years and conducted in Sweden, where the culture is strongly supportive of the transgendered—documents their lifelong mental unrest. Ten to 15 years after surgical reassignment, the suicide rate of those who had undergone sex-reassignment surgery rose to 20 times that of comparable peers.”

Meanwhile, according to Chris Hyde, the director of Aggressive Research Intelligence Facility (ARIF):

“There is huge uncertainty over whether changing someone’s sex is a good or a bad thing. Even if doctors are careful to perform these procedures only on “appropriate patients”, there’s still a large number of people who have the surgery but remain traumatized—often to the point of committing suicide.”

ARIF conducts reviews on health care treatments for the National Health Service. And based on its conclusions, the research which determines the mental health impacts of sex reassignment is “poorly designed” and that it lacks other essential procedures such as long-term counselling and proper psychological evaluation which deal with other accompanying issues that are beyond biological or physical. Usually, the facility added, studies often “skewed results in favor of physically changing sex”.

In connection, now a decade later, another review of the scientific literature was conducted by Hayes, Inc., a research and consulting company that studies the safety and health results of medical technologies. This was in 2014. The firm found that “the evidence on long-term results of sex reassignment was too sparse to support meaningful conclusions”. Regarding the study as low quality, Hayes Inc. stated:

“Statistically significant improvements have not been consistently demonstrated by multiple studies for most outcomes. … Evidence regarding quality of life and function in male-to-female adults was very sparse. Evidence for less comprehensive measures of well-being in adult recipients of cross-sex hormone therapy was directly applicable to gender dysphoric patients but was sparse and/or conflicting. The study designs do not permit conclusions of causality and studies generally had weaknesses associated with study execution as well. There are potentially long-term safety risks associated with hormone therapy but none have been proven or conclusively ruled out.”

Meanwhile, pointing out the poor and tragic outcomes of sex reassignment, the Obama Centers for Medicare and Medicaid Services stated:

“The study identified increased mortality and psychiatric hospitalization compared to the matched controls. The mortality was primarily due to completed suicides (19.1-fold greater than in control Swedes), but death due to neoplasm and cardiovascular disease was increased 2 to 2.5 times as well. We note, mortality from this patient population did not become apparent until after 10 years. The risk for psychiatric hospitalization was 2.8 times greater than in controls even after adjustment for prior psychiatric disease (18 percent). The risk for attempted suicide was greater in male-to-female patients regardless of the gender of the control. Further, we cannot exclude therapeutic interventions as a cause of the observed excess morbidity and mortality. The study, however, was not constructed to assess the impact of gender reassignment surgery per se.”