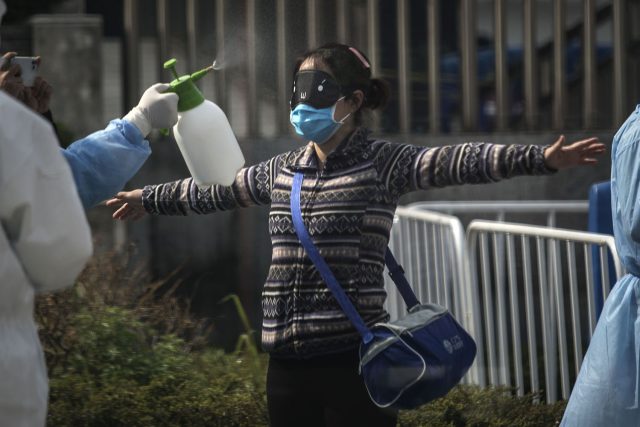 On May 31, a doctor and a police man named Casey Gutierrez died from a disinfectant being used as a cleaning agent against the alleged COVID-19 virus. A source from the report by the Philippine Star news agency said that “Gutierrez became ill after he was sprayed with sodium hypochlorite, a chemical also referred to as bleach”. The report also added that “the police officer’s death was the result of a massive pulmonary embolism, apparently caused by the inhalation of a toxic substance”.

It was said that Dr. Gutierrez’ poisoning started on the night of March 24 while he was “undergoing the decontamination protocol at the PhilSports Arena in Pasig City”, a structure converted into COVID-19 treatment facility. The doctor was brought to the PNP General Hospital but then later was transferred to Lung Center of the Philippines as his condition worsened. However, Dr. Gutierrez died a week later due to the toxicity.

Meanwhile back in early April, the Department of Health (DOH) Philippines has warned the public about “spraying or misting method to disinfect the public places against the so-called coronavirus”. This is what the DOH stated:

ANNOUNCEMENT: DOH does not recommend spraying or misting. There is no evidence to support that spraying of surfaces or large scale misting of areas, indoor or outdoor with disinfecting agents, kills the virus.

SPRAYING OR MISTING HAS AN ADDITIONAL HEALTH CONCERN AS IT CAN:

Cause pathogens to be dispersed further during spraying

May also cause environmental pollution

Unfortunately, this warning by the department was ignored by the personnel assigned on this facility. But not only in that facility, it is actually being ignored in some areas of the country in general. Just like the wearing of face mask, despite countless warnings by doctors and the World Health Organization (WHO) themselves these dangerous protocols are still being directed by some local officials as if people’s health doesn’t really matter to them but only their own power and alleged effective measures.

In fact, two more police officers were reported to have been also poisoned. According to the Philippine Star report:

“A similar incident happened on June 1 in the same facility just two days after Gutierrez’s death.

According to a police report obtained by The STAR, two PNP medical personnel became sick after undergoing decontamination at around 3 p.m. The two police officers were being disinfected after taking 10 swab samples from COVID-19 patients. They were brought to the PNP General Hospital when they had difficulty breathing.”

So as reported, these police officers have been poisoned by sodium hypochlorite or bleach used for disinfecting the facility. So how dangerous bleach really is? According to the website beyondtoxics.org:

Bleach exposure can cause irritation in the eyes, mouth, lungs and on skin. Individuals with asthma or other breathing problems are particularly susceptible. It can burn human tissue, internally or externally, especially in small children. The accidental swallowing of bleach is the most frequently received call at Poison Control Centers involving children under the age of six. Bleach manufacturing also produces dioxin, a chemical that is harmful to the environment

Bleach is also hazardous because it is very reactive. Sodium hypochlorite reacts with ammonia, drain cleaners, and other acids. When toxic bleach is mixed with ammonia, toxic gases called chloramines are produced. When chlorine bleach is mixed with an acid (as can be found in some toilet bowl cleaners, glass and window cleaners, dish detergents, vinegar, and drain cleaners) chlorine gas is given off. Chlorine gas exposures, even at low levels, almost always irritate the mucous membrane and causes coughing and breathing problems, burning watery eyes, and a runny nose. Higher levels can cause chest pain, severe breathing problems, fluid in the lungs, pneumonia, and vomiting. Very high levels can cause death.