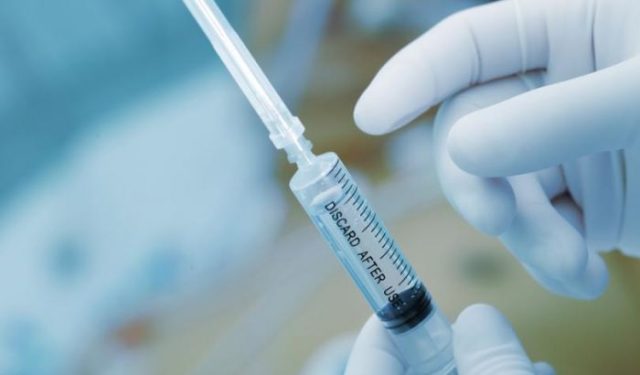 Just a couple of weeks ago, President Donald Trump introduced “Operation Warp Speed,” an initiative to fast-track the development of the COVID-19 vaccine by January 2021. Because of this, many people reacted and criticized Trump on social media, saying that even though the president took a major decision to de-fund the World Health Organization (WHO), he still obey Bill Gates and other globalist elites involved in population control scandal that creates pandemonium around the world right now. According to many credible sources, these globalist elites have conspired to implement their “new world order” (NWO) agenda, which involves depopulation and total control of society and resources, and mandatory vaccination is one of those.

During the last four months, it turned out that many people around the world have become aware of this information, NWO, and became highly suspicious about organizations like the WHO and other major institutions involved in making decisions related to global economic and health issues. And as an impact, hundreds of thousands of people around the world have also become vigilant about vaccination, expressing their objection to mandatory COVID-19 vaccination in a petition still circulating around the internet, collecting more signatures. This is for a reason that people do not anymore trust what these vaccine manufacturers are using as ingredients.

In the approaching COVID-19 vaccine, it is being said that it needs DNA and RNA from both humans and animals to be effective. According to Bill Gates:

“Because RNA vaccines let your body do most of the work, they don’t require much material. That makes them much faster to manufacture. There’s a catch, though: we don’t know for sure yet if RNA is a viable platform for vaccines. Since COVID would be the first RNA vaccine out of the gate, we have to prove both that the platform itself works and that it creates immunity. It’s a bit like building your computer system and your first piece of software at the same time.”

Meanwhile, wakingtimes.com has published a statement from Moderna last month regarding RNA and DNA in vaccines and how they affect the recipient’s DNA. This is what they wrote:

Out of concern for health freedom and public awareness we looked a little deeper into this issue, and while there is relatively little reporting on this to date, a 2017 Moderna white paper entitled, mRNA Vaccines: Disruptive Innovation in Vaccination, touches on this issue. In a section titled ‘DNA Vaccines,’ the following safety concern about DNA vaccines (not mRNA vaccines ) is documented:

“DNA vaccine work began thirty years ago, but as yet there are no licensed DNA vaccines and most remain in Phase 1 testing. The key challenge associated with DNA vaccines is that they must penetrate the cell nucleus (crossing two membranes; the cytoplasm and the nucleus). The DNA must then be transcribed in the nucleus into mRNA before moving to the cytoplasm to stimulate antigen production. This core complex pathway often requires both larger doses and special, often painful delivery devices using electric shocks or gold microspheres into person’s skin to deliver the DNA vaccine. Once inside the nucleus, DNA vaccines have a risk of permanently changing a person’s DNA.”

On the same article, they also published a statement from Robert F. Kennedy, Jr. regarding the COVID-19 vaccine. On the 22nd of May, this is what RFK said:

“Despite Moderna’s cheery press release this week, the clinical trial results for its groundbreaking COVID vaccine could not be much worse.

The vaccine, developed and championed by Anthony Fauci and financed by Bill Gates, used an experimental mRNA technology…

Moderna allowed only exceptionally healthy volunteers to participate in the study. A vaccine with those reaction rates could cause grave injuries in 1.5 billion humans if administered to ‘every person on earth’.”

Aside from the possible negative effects of using RNA and DNA on vaccines, people should also consider the ethical issues related to the production of these compounds. People should understand that these compounds have been derived from cells of aborted fetuses that we cannot really tell if healthy or not. Corvelva, an organization formed in Europe dedicated to scientifically investigate and study vaccine ingredients, published the following statement entitled “What did we find in the MMRV (Priorix Tetra) vaccine?”:

“We have more precisely determined the size of the DNA fragments detected and it has been established that the DNA contained has a molecular weight of 20,000 / 60,000 bp. This basically means that there are no “fragments” of DNA within this drug, ie degraded, but an intact genome, belonging to a male human being, confirmed by the comparison between the fetal DNA of the vaccine and that of the cell line MRC-5 used for the production of the vaccine.”

But aside from morality angle, what are the possible effects of this method? Corvelva then explained:

“In both batches of product, proteins potentially coming from the purification process, of human and animal origin, have been detected, which can give hypersensitivity and allergy phenomena, especially with boosters, but also autoimmunity due to similarity with human proteins.

Both lots contain traces that can be associated with different antibiotics (some of which are not allowed, e.g. penicillin and cephalosporin derivatives because they are highly allergenic), herbicides, acaricides and morphine metabolites.”

“This data is important because some compounds are highly toxic, others are known allergens and others are most likely pharmaceutical molecules which, if present in vaccines, must be reported in the data sheet and quantified.”

Given that many experts and organizations have been critically questioning the safety of the coming COVID-19 vaccine, people should really be informed before making their decision whether to accept it or not. It is important that we must educate ourselves first, even do an extensive research on the subject, before we give our consent as there are already documented risks being put out to the public right now. It is almost a standard operating procedure for manufacturers to include harmful chemicals, antibiotics, and heavy metals on every vaccine so even this alone would normally make people infuriated. The toxicity of these substances has been documented to injure and even kill people for decades therefore it is normal and even necessary to oppose any mandatory vaccination.

Here’s the link for petition “No to mandatory vaccination for the coronavirus”: