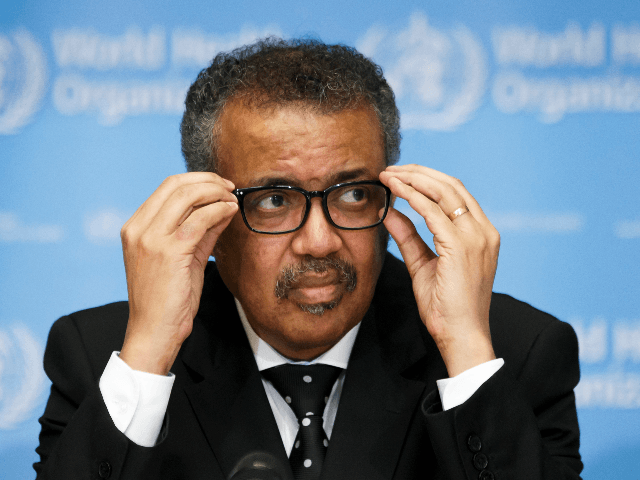 “In a sane world, instead of leading a global organisation, Tedros and his cronies would be put on trial at the International Criminal Court, tried for his crimes, and if found guilty, should spend the rest of his life in prison”.

This is the conclusion of John Martin, the author of an article ‘The Crimes of Tedros Adhanom’ posted at roughestimate.org last March 2020. The piece tells the brutal repression in Ethiopia during Adhanon’s time under the reign of his communist political party the ‘Tigray People’s Liberation Front (TPLF)’. The TPLF was listed as a terrorist group, according to Martin, by the US during the 90’s and even still listed by the Global Terror Database due to its records of “armed assaults in rural areas”.

“Founded as a communist revolutionary party that came to power in 1991, it led a guerrilla campaign against the Mengistu dictatorship and formed a coalition with two other ethnic parties after his exile”, Martin wrote.

In the current coronavirus crisis, the World Health Organization (WHO) has reaped tremendous amounts of strong criticisms and even contempt from many leaders around the world due to its inconsistencies and even seemingly deliberate misinformation to the public instead of accurate data and responses. This is the first time in history where one of the most powerful nations, the United States, along with various countries in the African regions declared to put an end to their support to the WHO, which existed for decades. At the same time, many people around the world have instead expressed distrust and even protest to the organization due to numerous reports of its corruption and conspiratorial crimes with the globalist Bill Gates, particularly on its global mass vaccination program which was proven to inflict serious harms and even death to many populations.

In addition, it appeared that many people around the world are now getting more skeptical against the organization as they have been convinced that the current crisis, which the WHO declared as pandemic, is a manufactured Hegelian hoax being pushed by the globalist elites aimed to, according to many reports agreed by experts, destroy the global economy while also impose mandatory vaccination agenda and increase Draconian social control under the guise of health assistance or public safety.

As the third most important member committee in the TPLF, according to Ethiopian press, Tedros Adhanon has been directly involved not only in ruthless human rights violation and systemic discrimination towards ethnic minorities in the country during his time but also of covering up a cholera outbreak in 2007. Martin wrote:

“Not content with denying aid to political dissidents, Tedros was also health minister at a time when the regime was accused of covering up epidemics. A cholera outbreak spread the region in 2007, infecting thousands in neighboring countries. When it spread to Ethiopia, the government simply renamed the outbreak and called it Acute Watery Diarrhoea (AWD). International organisations were pressured not to call it Cholera (despite the UN testing the infected and finding Cholera), and were pressured by government employees not to reveal the number of infected. Another stunning victory for the health minister.”

Because of this highly controversial political reputation, many people speculate that this is perhaps the reason why the WHO and the Communist Republic of China are walking “shoulder to shoulder” as they both share the same ideology while also occasionally take orders from Bill Gates and other globalists elites pushing the world into Draconian and dystopian direction of the New World Order which attempts to monopolize the global institutions that are mainly catering public interests, imposing rigid and even tyrannical policies under the guise of financial or economic aid.

“Tedros of course takes every chance he can to praise the good governance of China, and given the human rights record of the People’s Republic, it’s no wonder he likes them so much. From projects like media propaganda centres, mass relocations, and social credit style score cards, Ethiopia’s governance in many ways resembles a carbon copy of the Chinese authoritarian model. Complete with a one party state and focus on profit over human rights.”

“And so this is the noble figure that ascended to the role of director of the WHO in 2017. Not one to miss a chance to defend mass murderers, he previously argued against the ICC trial of Uhuru Kenyatta under whose government 1,300 had been killed after rigged elections. Not surprising then, that one of the first things Tedros did after taking the job, was to nominate Robert Mugabe – thankfully now dead – as goodwill ambassador to the WHO; A man who ordered the killings of 20,000 people in Zimbabwe during the 1980s.”

Are these statements regarding the WHO director really true? That is up to you to decide so if you want to find out your self, you can check out John Martin’s full article which cited more than 60 sources here: