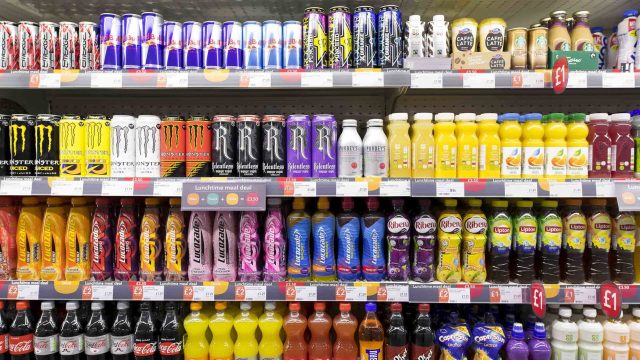 Today in the shelves of most grocery stores across the “westernized” world, including in convenience shops such as 711, you will notice the ever rising number of artificially sweetened beverages. Sometimes, these beverages are promoted as “healthy drinks” by the companies that sell them. However, when you start to research the ingredients, you will find out the opposite to what they are claiming and even find out some dark lies beneath the “perfectly” decorated or designed packaging of these products. This is because most of these beverages contained extremely high amounts of sugars and other hazardous chemicals, including artificial sweeteners that are supposed to be banned and declared illegal by the government.

One of the most common ingredients of these drinks is Aspartame. Used as a substitute to sugar and marketed as Nutrasweet and Equal, it is a substance deemed excitotoxin that poisons the brain and body. According to an article from globalresearch.ca:

“Now, it’s important to know that aspartame may be disguised as a new name in your favorite foods – aminosweet. Used as a sugar substitute and often marketed as Nutrasweet and Equal, aspartame is an excitotoxin that destroys the brain and body. Its use has been a controversial subject since the 1980s when the CEO of Searle, Donald Rumsfeld, pushed for it’s approval to be sold on the market. Now, its name is being changed, with FDA approval, to try to dupe millions into purchasing and consuming this toxin once again.”

“Aspartame, even renamed Amino Sweet, is not safe. This substance is made using genetically modified bacteria in the US, but according to a Monsanto source, the UK market does not have to eat genetically modified bacteria excrement. Many ‘low-calorie’ foods contain GMO aspartame, however, even overseas. Aspartame may cause blindness, cancer, and brain tumors. The FDA’s own toxicologist, Dr. Adrian Gross told Congress that without a shadow of a doubt, aspartame can cause brain tumors and brain cancer and that it violated the Delaney Amendment. Aside from cancers and tumors, top researchers have linked aspartame with the following symptoms and diseases: headaches, memory loss, seizures, vision loss, coma, add, lupus, fibromyalgia, muscular dystrophy, alzheimer’s, chronic fatigue, diabetes, and depression.”

Aside from this notorious substance that is completely legal and rampant in most products that causes threatening health problems, high amounts of sugar alone is known to cause serious issues. In the American Diabetes Association website, it was stated that in 2018 there are 1.5 million Americans are diagnosed with diabetes every year. It also recorded that:

Nearly 1.6 million Americans have type 1 diabetes, including about 187,000 children and adolescents (of the 34.2 million adults with diabetes, 26.8 million were diagnosed, and 7.3 million were undiagnosed).

The percentage of Americans age 65 and older remains high, at 26.8%, or 14.3 million seniors (diagnosed and undiagnosed).

In the article “The 10 Unhealthiest Sodas of 2017” By April Benshosan posted in livestrong.com, it stated that, “The problem with sugary drinks is the sugar itself and the calorie content. A 12-ounce can of one of the leading cola brands has 140 calories and 39 grams of sugar. If you drink one a day for a week, that’s an extra 980 calories and 273 grams of sugar in your diet!” The listed brans on this article are: PEPSI FIRE, Coca-Cola Zero Sugar, Salted Caramel Pepsi, Mtn Dew Kickstart Mango Lime, Crystal Pepsi. Sprite Cherry, Best Damn Brewing Co., Best Damn Cream Soda, Best Damn root beer, and Mist Twst.

For you to learn more specific facts about these kinds of products, we also suggest you to follow the link below (Health Line) as they put out great info on that through the article by Henry Halse. The article listed these examples: cola, soda (ex. mountain dew, orange soda, cream soda, etc.), sports drinks, aloe vera drinks, energy drinks, tonic water, sweetened iced tea, ginger ale, ginger beer, and root beer. According to their research, all of these beverages contain very high amounts of sugar, including artificial colorings and flavorings that the health effects are usually ignored by the health authorities.

Another thing that adds up to the irony is the so-called energy drink. It was found out that these drinks also being marketed as “healthy” commonly contain high amount of caffeine, additives, sugar and other chemicals not-so-known by the public such as taurine, guarana, and L-carnitine (these are just some examples). But according to the Centers for Disease Control and Prevention (CDC) themselves, these substances have been known to cause serious health impacts such as problems in the hearth, blood pressure, insomnia, and even mental health issues such as anxiety and depression; risks that’s also been found high in adolescents and children.

In the article “13 Most Dangerous Energy Drinks” by theactivetimes.com, it was written:

“A single 8-ounce energy drink can have as much as 250 milligrams of caffeine, according to the FDA. In comparison, one 8-ounce cup of coffee will usually contain up to 100 milligrams. Additionally, many energy drink brands will offer 16- and 24-ounce cans containing multiple servings. The American Heart Association recommends that men consume no more than 36 grams of added sugar per day.  For women, it recommends a limit of 25 grams of added sugar per day. That means a single day’s allotment could be maxed out on just one energy drink — or even half of an energy drink, depending on which brand you choose.”

We suggest that you do more research by directly following the references below: