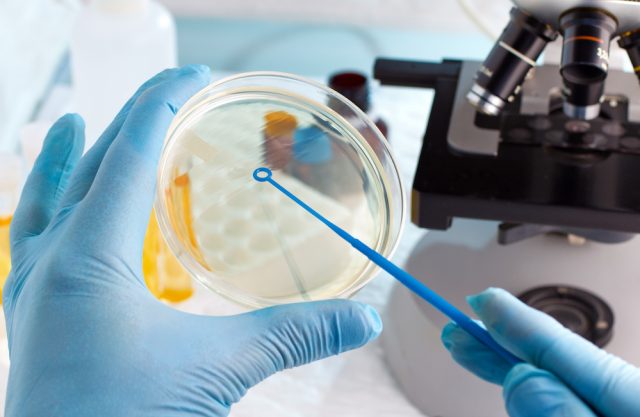 In today’s reality, it is so sad to think that many people suffer from fear, anxiety, and other kinds of mental health problem related to the coronavirus crisis. Imagine having the thought of a deadly virus all the time, lurking in your surroundings and threatens you with infection. Imagine that it could be around for indefinite period of time; possibly disappears but could come back even deadlier. And if you’re one of those said to be unfortunate who were thought to have died from it, think of what will be the reaction of your friends and family; for sure, the people who love and value you will be saddened by your fate. Not only that, they will also be afraid to attend at your wake because of the same fear of infection and malaise because they too were stricken with fear and anxiety. This is the possibility when the “theory” of this disease-causing germs and viruses are believed to be the case. Now, the question is: if you believe this, will you have a peace of mind? Imagine someone would inject you with that kind of virus but mixed with other harmful agents, would you believe it’s really safe?

Is this fear of a disease-causing virus really has enough basis in the first place? Are we really sure what we were told was true and hundred percent scientifically plausible? Come to think of it, we are surrounded by trillions of microbes and so called viruses all the time. In a natural world, which we all cannot totally be separated from, everywhere we go there are viruses and germs in which our naked eyes cannot see. Even our gut alone is composed of microbes that symbiotically work together to process digestion and the utilization and separation of nutrients and toxins that our body needs to stay healthy and function. It means, we cannot escape from these microbes and our body is a result or consequence of these microbial activities.

During the H1N1 scare in 2009, CBS news explained germs and viruses, in an infantilizing way, to American viewers in an Orwellian “double-speak” manner. Ironically, it admits that these microbes also make up our body as humans, outnumbering our cells, and that it helps boost our immune system while also sarcastically talks about how hand sanitizer companies get rich. It used the story of the famous “War of the Worlds” in which the germs rescued humans from alien invaders. Through this, they are basically admitting that we and these germs and viruses are “functioning as one organism”. Is this the reason why our food grows from dirt in the first place? Is this the reason why “probiotics” helps boosts our health? According also to this presentation, viruses shaped our genes all through the course of evolution, quoting Nobel Prize winner Phillip  Sharp saying that “50% of our DNA are shaped by viruses”.  However, at the end of the video it claimed that “scientist has found a way to reprogram these viruses to attack harmful ones”. Is it vaccines? Is there evidence to that, Bill Gates?

To understand the fear that paralyzes and disempowers most of the people, the “germ theory of disease”, popularized by the fraudster Louis Pasteur, let’s take a quick look at its definition. This means that invisible but omnipresent microbes grow out of control and invade our body and cause it to be ill and that the only way to prevent this is to destroy and poison them. But given that we are also composed of microbes and viruses, does it also mean poisoning our selves? Anyway, although it could be possible that micro-organisms can make us ill, only under certain or very rare conditions that are highly “unnatural” and almost unlikely (for example, bacterial mutation).

For more than a century, ordinary people like us have been made to believe, and to be afraid, of an invisible enemy that we all need to declare war against, just like Bush’s “war on terror”. This belief was perpetuated since the 1800s and is still being forced to our psyche by the dominating establishment in science and medicine through controlled (by the same institutions) education system and the media. And together with this fear and paranoia, they also sell us their “solution” which is of course, synthetic medicines made of harmful chemicals, vaccines laced with heavy metals and cellular agents from aborted fetuses and animals DNAs, surgery, radiation, chemotherapy, etc.

In other words, we have no power over these invisible enemies that surround us and it is only them, the establishments that manufacture and own these “solutions”, are the ones possessing the “weapons” against these so-called enemies. This is why in the current orchestrated coronavirus situation, most of us have been convinced to hide inside our house, wash away these germs from our hands all the time, wear a mask, use toxic disinfectants, and wait for the solution that is coming from none other than the billion-dollar pharmaceutical and medical establishments and their agents in the government (that get the funding from them) that also rake in lots and lots of money from major health issues. “In crisis, there is opportunity”, this is what they say. But another question here is, what are really causing theses modern diseases? Is it their own industrial pollution itself? And who are really creating most of them? Aren’t the ones who got the so-called “cure”?

The antidote to this poisonous dogma of germ theory is the “terrain theory”, conceptualized by Claude Bernard and was later developed by Antoine Bechamp. Terrain theory put the responsibility and the power back to our hands. It means that through proper and balanced nutrition, detoxification, lifestyle, and environment, our body’s will take care of itself through its immune system; dealing against insults and injuries on its own. Of course there are situations that we need the service of medical establishments but in general, the tasks needed to keep our body healthy is always up to us and not on the hands of someone else; especially not to those who sell highly expensive “treatments” and medications. This is called self-empowerment! And in the issue of coronavirus, it also helps our mental health knowing that we are always surrounded by germs and viruses that are actually harmless; for as long as we are not living in a highly polluted place.

So in conclusion, when the terrain or the body’s environment is properly taken care of, it can handle foreign pathogens and deal with symptoms that resulted from injuries. Therefore to keep the body healthy, it is our responsibility to keep it well-nourished, put in homeostasis, boost immunity, and assist its detoxification properly and effectively.