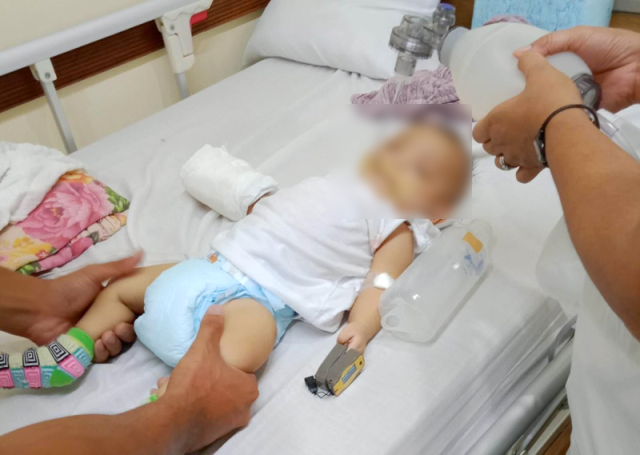 On March 20 of last year, Jim Meehan, a Medical Doctor, explained in a Facebook post why he doesn’t want to vaccinate his children anymore. His concise explanation tells a lot about very important points on vaccines: from the scientific studies to ingredients and its effects and to the nature of the industry itself. This statement was posted at the Georgia Coalition for Vaccine Choice page. Here is the full text of the statement by Dr. Meehan:

“I will NO LONGER VACCINATE my children…

…because I am a well trained medical doctor and former medical journal editor that has studied the vaccine research and analyzed both sides of the evidence.

…because I know how to read the medical literature, recognize bias and discern characteristics of good and fraudulent research.

…because I know that too much of the science supporting vaccines is fraudulent drivel bought and paid for by the vaccine manufacturers themselves.

…because I understand the risks of vaccination as well as the benefits of my children and grandchildren encountering and overcoming the wild type diseases naturally.

…because I know that diseases like mumps, measles, and chickenpox aren’t dangerous and untreatable diseases that justify the risk of injecting toxic ingredients into the tissues of my children.

…because I have seen the evidence of neurotoxicity from ingredients like aluminum, polysorbate 80, human DNA and cellular residues from the human cells lines upon which many of the live viruses are grown.

…because I’ve seen vaccine manufacturers like Merck promote what they knew was bad medicine for profit, kill 60,000 patients with Vioxx, and I have no reason to believe that they wouldn’t do the same thing with vaccines, especially when you consider they can’t be sued when their vaccines maim or kill children.

…because I believe the vaccine industry has thoroughly corrupted the science and safety of vaccines.

…because I recognize the aggressive and unreasonable tactics of a multi-billion dollar pharmaceutical industry desperately working to maintain the illusion of vaccine safety, keep consumers consuming, grow their markets, and increase their profits.

…because I have met so many families whose children were stolen from them by the battery of vaccines administered at pediatric vaccine visits.

…because I believe the U.S. vaccination program has become a progressively dangerous assault on the health and lives of the children of America.

…because I am awake and aware, I will not vaccinate, nor will I remain silent as the pharmaceutical and medical industries pretend that vaccines are safe and effective…”

Meanwhile just recently in the Philippines, another Facebook group of parents called We Did Philippines has also published stories about babies who died following vaccination. These incidents happened just in the month of March and April of this year. Here are two stories of poor children written / translated by the admins of the group page.

The first story was from a child named Prince Jhon Rio Tomelden Cutiño:

Baby Prince Jhon Rio Tomelden Cutiño was a smiling and happy 2-month-old. Baby Prince had cough/pneumonia sometime in February 2020, which was managed by antibiotics. He was well and very active after, according to his mom.

On 9 March 2020, the health center staff checked only his height and weight, decided he was fit and healthy to be given the following vaccines:

3) DTP-HepB-Hib Pentavalent 5-in-1 Vaccine (to protect against Diphtheria, Tetanus, Pertussis, Hepatitis B and bacteria that cause MENINGITIS, pneumonia and SEPSIS)

The health center staff did not explain any of the risks in the vaccine product insert to the mother. There was no informed consent.

After he was injected, he had persistent bleeding at the injection site and persistent vomiting. He was brought to the hospital on 10 March 2020 where he died on 13 March 2020. His immediate cause of death was bacterial MENINGITIS. The antecedent cause was SEPSIS.

If you are interested to help, please check out Baby Rio’s funeral and hospital debt fund here:

Here is another story from a child named Jeyperson Utob:

Baby Jeyperson Utob was a bright-eyed and bouncy baby from Sultan Kudarat, Philippines. He was the first and only baby of his young parents. His parents were told to bring him to the local health center for vaccination. His mother felt that he was having a low grade fever upon touch. She informed the nurse in charge of the health center about the fever but was only told to give Paracetamol when they reach home. His temperature was allegedly not checked at all and he was still given the vaccines.

At 9:00 AM on 29 April 2020, he received the 5-in-1 Pentavalent Vaccine (DTP-HEPB-HIB), Oral Polio Vaccine (OPV) and Pneumococcal Conjugate Vaccine (PCV). When they arrived home after receiving his vaccines, he started to cry (not his normal cry) as if he was not comfortable, started to get weaker and weaker, was getting paler and had a hard time moving his body. Mrs. Utob immediately brought him back to the health center to inform them of what happened. The nurse tried to assure her it was all normal for children who have just been immunized. She felt more at ease with what the nurse said even though she was still worried.

In the morning of 30 April 2020, he was even weaker and they thought his life was in grave danger. They noticed drooling and that he was even paler. When his relatives saw his condition, they brought him to the hospital immediately. After a few hours in the hospital, he passed away.

He died at 1:00 PM on 30 April 2020, one day after he received the three vaccines. The cause of death given by the hospital were septic shock (immediate cause) and aspiration pneumonia.

Baby Jeyperson was laid to rest, wrapped lovingly in a cloth. It was not possible to embalm him, and because of extreme poverty, his parents could not afford to get him a coffin or cement for his grave.

There was NO HEALTH ASSESSMENT AND NO REVIEW OF MEDICAL HISTORY. There was also NO FULL INFORMED CONSENT prior to vaccination. The risks were not informed to his mother.

Relating to these sad stories of loss by the parents of these poor innocent children, it is really important for the authorities and the medical establishments to ponder to these questions raised by the group called Stop Mandatory Vaccination:

Shall we just accept the continual carnage and destructive path of vaccines? How many infant and children deaths will be enough for health departments and medical examiners across the world to finally pause, admit something is horribly wrong, and investigate? With healthy babies dying shortly after vaccines, why aren’t we examining these high risk medical products, the lack of safety, and fully investigating all possible death causes, including how, and if, vaccines played a role? Why ignore the pink elephant in the room that continues to crush babies to death and silence dissenters and those that ask pertinent questions?