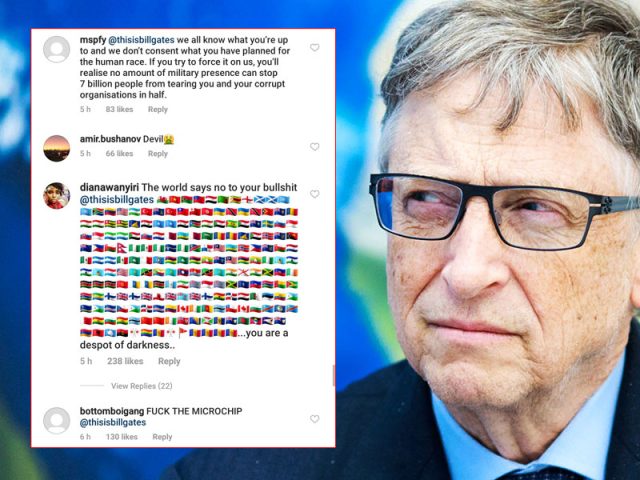 It is known to many that the mainstream media will not cover stories involving big institutions connected to the pharmaceutical establishments. These institutions, together with the pharmaceutical companies which produce vaccines and other drugs, were said to have destroyed hundreds of thousands, if not millions, of lives around the world without receiving legal punishments. This is because these institutions basically control the media companies through the use of their money; influencing the type of information that should reach the public’s mind. This is the reason why people must support independent media publishing to make sure important stories will be reported and therefore appropriate actions must be taken immediately.

In 2014, the real-agenda.com run an article using Economic Times India’s report exposing the World Health Organization (WHO), the Bill and Melinda Gates Foundation (BMGF) and two organizations funded by them, PATH (Program for Appropriate Technology in Health) and GAVI (Global Alliance for Vaccines and Immunization) under scrutiny by court for massive vaccine damage inflicted upon hundreds of children in India. A petition submitted to the Supreme Court by Kalpana Mehta, Nalini Bhanot and Dr. Rukmini Rao in 2012 was finally heard. In this petition, it was stated:

“The BMGF, PATH and WHO were criminally negligent trialling the vaccines on a vulnerable, uneducated and under-informed population school administrators, students and their parents who were not provided informed consent or advised of potential adverse effects or required to be monitored post-vaccination.”

The story was then published by the Economic Times India during 2014. As reported by real-agenda.com, the story runs:

In 2009, tests had been carried out on 16,000 tribal school children in Andhra Pradesh, India, using the human papiloma virus (HPV) vaccine, Gardasil.

According to the report written by KP Narayana Kumar, within a month of receiving the vaccine, many of the children fell ill and by 2010, five of them had died. A further two children were reported to have died in Vadodara, Gujarat, where an estimated 14,000 tribal children were vaccinated with another brand of the HPV vaccine, Cervarix, manufactured by GlaxoSmitheKline (GSK).

It was then found out that “many of the consent forms used to vaccinate the girls were signed “illegally,” either by the wardens from the hostels where many of the girls resided, or using thumbprints from illiterate parents”. Fortunately, this was discovered through an investigation by a team of health activists from a women’s health organization named SAMA. People were shocked to discover that a total of 120 girls have gotten ill and were suffering from “epileptic seizures, severe stomach aches, headaches and mood swings.”

The Economic Times India also stated that, according to the report, many of these students suffered from “heavy bleeding and severe menstrual cramps” following the vaccination while some even died.

It said it was disturbed to find that ‘all the seven deaths were summarily dismissed as unrelated to vaccinations without in-depth investigations …’ the speculative causes were suicides, accidental drowning in well (why not suicide?), malaria, viral infections, subarachnoid hemorrhage (without autopsy) etc. This information is even more shocking when you discover that the organization funding the study was none other than the Bill and Melinda Gates Foundation, who declared the project a total success.

“BMGF’s role in funding the controversial studies, however, has led to many healthcare activists in India voicing their apprehensions. ‘BMGF has to take full responsibility because PATH is funded by them. It is also unethical when people championing the cause of vaccines are the same ones who are also investing in vaccine development,’ said V Rukmini Rao, one of the activists who filed a writ petition before the Supreme Court in connection with the HPV vaccine studies.”

Because of this, many people wonder why Bill Gates is still around and with the use of BMGF, still very influential to the institutions such as the UNICEF, WHO and even to governments in some parts of the world. This mounting evidence outlining the many crimes against humanity suggests that money can really make someone “above the law” no matter how big their crimes are.