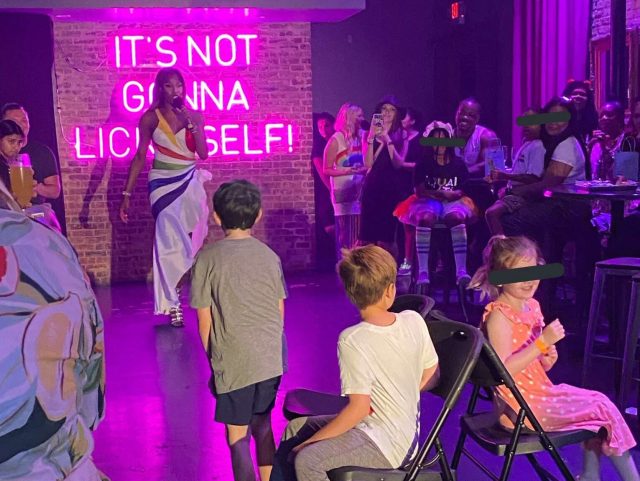 In Texas, a state legislator is proposing a bill that would ban children from attending drag shows. This came after videos of children went viral over the internet. In the video, children are seen dancing with drag performers, “handing over dollar bills to men dressed as women who performed sexualized dance routines”. The venue of what the organizers called “a spin-off of their Champagne Drag Brunch” was identified as “Mister Misster”, a gay bar in North Dallas.

The Texas legislator who proposed the said bill was State Rep. Bryan Slaton. Rep. Slaton, according to reports, is “a Republican who represents a House district just east of Dallas”. And commenting about the said drag show which performances include children, Rep. Slaton stated:

“The events of this past weekend were horrifying and show a disturbing trend in which perverted adults are obsessed with sexualizing young children. As a father of two young children, I would never take my children to a drag show and I know [Texas House Speaker] Dade Phelan and the rest of my Republican colleagues wouldn’t either.”

Rep. Slaton also claimed sexualization is “happening across Texas” and according to him, as an elected official, it is his responsibility to protect the children in Texas:

“I promised my voters that I would stand up for their values and fight to protect Texas kids. I was re-elected on that promise and I intend to keep it by authoring legislation to defend kids from being subjected to drag shows and other inappropriate events. I look forward to working with my colleagues to pass this important legislation.”

Slaton’s office told the media that as of now the proposed bill is still being discussed and that they are looking forward to the next meeting on this legislation. In August of 2021, Rep. Slaton wrote a letter to the Texas Department of Family and Protective Services (DFPS) regarding gender transition for minors. In his letter, Rep. Slaton “urged the agency to classify mastectomies, chemical procedures and psychological counseling that affirms non-biological sex as child abuse”.

Meanwhile, in Idaho, members of the LGBTQ+ community are going to hold their annual event as a celebration for Pride Month on June 11. This signature yearly event is called Pride in the Park, described as “a free family-friendly, community event celebrating diversity and building a stronger and more unified community for all”. This event will also be attended by drag artists and Satanists and according to the North Idaho Pride Alliance website itself:

“After a two-year hiatus, we are bringing the event bigger and bolder than ever on Saturday, June 11 2022 from 10 AM – 3 PM at Coeur d’Alene City Park and Bandshell.”

Over 1,000 people from across the Inland Northwest come to downtown Coeur d’Alene to celebrate PRIDE. This event features and is organized by local volunteers, community groups, and allies who work together year-round to create a more inclusive North Idaho.”

Following their protective instinct, as always, parents are vigilant about any LGBTQ+ or any Satanist activities targeting children. For them, drag queens and Satanists should not go near their children. This is why parents usually show up in protest at any events related to the groups mentioned.