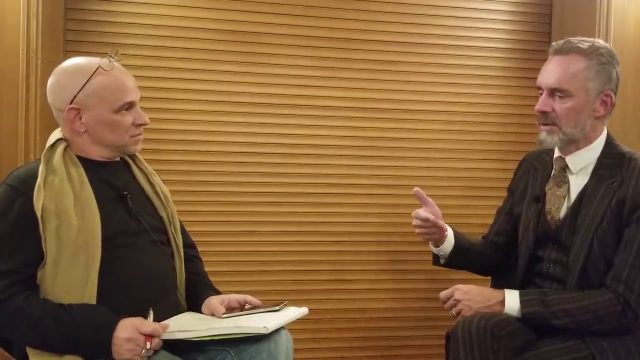 In 2018, the American Psychological Association (APA) issued guidelines on how to “treat” boys and men. In those guidelines, it was dogmatically stated that “traditional masculinity marked by stoicism, competitiveness, dominance, and aggression is on the whole harmful”. It also added that “men socialized in this way are less likely to engage in healthy behaviours”. As a consequence, many experts expressed disagreement saying that the APA’s guidelines are more politically or ideologically-based rather than scientific; suggesting that “masculinity is a socially-constructed disease and feminism is a cure”. However, some leading psychologists such as Jordan Peterson, a highly respected clinical and evolutionary psychologist who responded with article saying that the guidelines “lack conceptual integrity and are infused with socio-political ideology”.

This has been echoed also by Dr. Shawn T. Smith, a psychologist and a successful author who wrote the books The User’s Guide to the Human Mind, The Tactical Guide to Women, and The Practical Guide to Men. In his Youtube channel, Dr. Smith said that he invited the APA for a debate so that at least “they can defend their guidelines and answer questions”. However, according to Dr. Smith there wasn’t any reply from the APA even up to now.

And then when Dr. Smith tried to “examine the ideology and the sources behind the guidelines”, he found out that most of the references of the 2018 APA guidelines are from feminist texts veering both the therapist and the client to non-scientific references such as: Rethinking Mental Health and Disorder: Feminist Perspectives (1), Assessment and Treatment of Trauma with Transgender and Gender-nonconforming Clients: A Feminist Approach (2), Debating Trans Inclusion in the Feminist Movement (3), Gender Trouble: Feminism and the Subversion of Identity (4), Racial and Gender Attitudes as Predictors of Feminist Activism among Self-identified African American Feminists (5), and Feminism and Psychology (6). Instead, the APA deliberately “omits findings from evolutionary psychology, neurology, biology, endocrinology, even the cognitive sciences”.

Dr. Smith explained that what these disciplines have in common is that they all provide proof of innate differences between male and female bodies and minds. He then asked:

“Why did the APA exclude them? Acknowledging innate differences would undermine one of their (APA) primary contentions, which is that masculinity is a social construct and can be unlearned. I imagine that contention is easier to make if you omit every scrap of the data that says otherwise. Whatever their rationale, they excluded a tremendous amount of information.”

Another biological factor that has never been well-discussed in the guidelines and has been misinterpreted is “aggression”. Jordan Peterson explained:

“And then they also assume that aggression is socialized. It’s like no! Aggression is innate, peacefulness is socialized. And how is it socialized? Well men, for example one of the things that men do with their young boys is wrestle with them and they rough-and-tumble play with them. Well what is that? “It’s aggression.” No it’s not, it’s play.  And what do you do when you rough-and-tumble playing? It’s like you show the boy, and the girl too because it happens with girls, how much they can exert themselves physically and still have the game continue, what hurts and what doesn’t, how far someone else can be pushed, how much fainting and tactical maneuvering you can do, how much you can be extended, and how you can thrust if you’re thrown in the air. These things are fundamentally important. And men do a lot of that. And they regulate that. That article is absolutely scandalous, what they’ve done. It’s not even wrong, it’s anti truth. It’s worse than wrong.”

Meanwhile, B. Christopher Frueh, a professor of psychology at the University of Hawaii, Hilo, also an author, stated in a reaction letter:

“The APA’s latest manifesto is an embarrassment to the discipline of psychology. It is an abdication of scientific responsibility, denying biological and evolutionary realities in favor of a progressive fantasy pushed by “social justice” and “feminist” ideologies. It is harmful to all members of our society and dangerous to our national security. Masculine qualities like rugged individualism, courage, stoicism, ambition, and a willingness to protect and sacrifice for others helped secure the freedom and prosperity that so many now take for granted.”

On the same published reaction letter, Chris J. Ferguson, a professor of psychology at Stetson University who also published a book on video game science entitled Moral Combat: Why the War on Violent Video Games is Wrong, said that the APA has been known to be biased and unscientific on their stance and policies. Ferguson explained:

“In August, 2018 before the APA’s Council of Representatives (of which I am a member) voted on the controversial practice guidelines for boys and men, I shared with them a review I conducted of the proposed guidelines. Unfortunately, I was unsuccessful in interesting the Council in discussing the scientific merits and shortcomings of the guidelines. The version finally announced publicly has some superficial changes, but fundamental problems remain. Specifically, the guidelines lack a broad scientific base, particularly an understanding of biological contributors to gender identity, tend to use terms such as “traditional masculinity” in ways that lack conceptual integrity and are often stereotyped, and tend to read too often as a socio-political ideology than a balanced and nuanced scientific review.”

Therefore, when we try to analyse the pattern, it seems obvious that the APA deliberately dismissed the sciences behind masculinity and the male gender; the biological factors that influence the boy or man’s drive. Like Dr. Shawn Smith has said, it ignores many important factors that contribute to the person’s psychology and behaviour. Meanwhile, to prove that the APA’s guidelines is deceitful and misleading, Jordan Peterson also pointed out the research on the correlation between fatherlessness and violent or delinquent behaviour. On this he said:

“What kind of families produces violent young men? Fatherless families. The pernicious effect of fatherlessness is exceptionally well documented. No serious researchers question it, even the generally damnable sociologists admitted.

Fatherless boys are over represented as alcoholics, addicts, gang members, prisoners, rapists, and murderers. If it is fatherless boys who are violent, how can it be that masculine socialization produces both harm to mental health and society? The data should indicate precisely the opposite.”