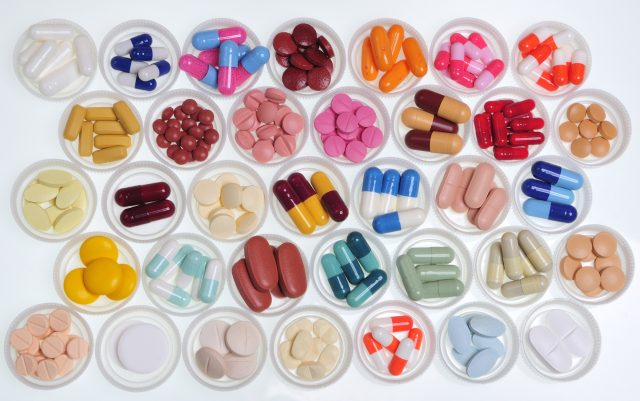 It’s hard to imagine that for decades already, hard evidences that psychiatric drugs commonly being prescribed for both adults and children diagnosed with depression, bipolar disorder, anxiety, psychosis, schizophrenia and other types of so-called disorder cause mania and other psychiatric issues which could result to horrible consequences, including homicidal and suicidal ideations and even murder. These psychiatric drug-induced problems severely affecting the person’s mood were well-observed in different demographic and gender across the US. These observations probably started 70 years ago as reported in a scientific paper by Adrian Preda, MD, a Professor of Clinical Psychiatry and Human Behavior at University of California School of Medicine, at MedScape:

“A number of reports of substance-induced mood disorders (SIMDs) have emerged since the 1950s, when psychiatric complications were described in patients treated with the anti-hypertensive reserpine. In addition to prescription medications, several over–the-counter (OTC) medications as well as recreational and illicit drugs have been implicated in the onset of drug-induced depression or mania. Despite the number of cases reported over the years, few controlled studies of the phenomenon have been conducted to date.”

“The phenomenon of drug-induced mania, i.e., a manic episode associated with the use

of pharmacotherapy (in particular antidepressants) is well defined and described in groups of adult patients. The negative effect on the course of bipolar disorder has been confirmed.”

On this paper, authors also reported that “the diagnosis of drug-induced mania is possible in children and adolescents” and “requires careful evaluation in further studies”. Priory Group, a healthcare institution in the UK made up of comprehensive range of healthcare services which provides “medically assisted withdrawal detoxification programme”, reported:

“Drug-induced psychosis can happen when you take too much of a certain drug, so that its level of toxicity provokes paranoia and a psychotic episode. It can also occur when if you have an adverse reaction from mixing different substances, or withdrawing from a drug, prescribed or otherwise.”

Meanwhile, the paper Drug-induced Mania, published by Springer Link in 2012, states that the management of these problems caused by psychotropic drugs “involves discontinuation or dosage reduction of the suspected drug”. Currently, these types of drugs are being prescribed to 8.4 million children in the US alone. Published in 2018 yet updated last year, the Deep Roots at Home reported that these psychiatric drugs include “Paxil, Prozac, Zoloft, Celexa, Luvox, Wellbutrin, Cymbalta, Effexor, Lexapro, Elavil, Remeron, Strattera and Sarafem” usually under the common brand name “Antipsychotics include Abilify, Clozaril, Geodon, Invega, Risperdal, Seroquel, Zyprexa, and Fanapt”. For stimulants or ADHD drugs, brands include Ritalin, Concerta, Adderall, Metadate, Vyvanse, and Provigil. Meanwhile on the so-called anti-anxiety drugs, the list includes Xanax, Valium, Halcion, Klonopin, Ambien, and Ativan.

Identifying the main reasons for this rapid rise of psychiatric drugging on children, the Citizens Commission on Human Rights International (CCHR), a non-profit organization established in 1969 by the Church of Scientology and psychiatrist Thomas Szasz, published on its St. Louis website:

“CCHR has long suspected that one of the reasons there are so many children on drugs, particularly ones so young and even babies, is through MEDICAID, which is state and federal funding for low income families, their children, as well as for foster care children. There is a financial incentive for child drugging because of Medicaid, as the states receive funding based on costs incurred for treating children, including with psychotropic drugs.”

It’s totally possible that the legislators are unaware that state funding, through MEDICAID, is being used for the psychiatric drugging of children, including toddlers and infants. In addition, CCHR also found out that most parents received no proper education about the psychiatric labels and the drugs being given to their children and that there is also no informed consent being offered. Meanwhile, reporting about the statistics, Deep Roots at Home, a website established by a registered nurse and dedicated researcher for natural health care, wrote in 2018:

“In the past 15 years, researchers have been releasing alarming statistics on a sharp and steady increase in kids’ mental illness, which is now reaching epidemic proportions: 1 in 5 children has mental health problems, 43% increase in ADHD, 37% increase in teen depression, and 200% increase in suicide rate in kids 10-14 years old.”

Unfortunately, this official report almost never reached the public. The reason we have this now is because the CCHR, spent a significant amount of money through Freedom of Information Act (FOIA) requests. It’s amazingly unimaginable that hundreds of thousands of children, including babies, are being medicated by these strong drugs that were proven to have very serious side effects which even include horrendous crimes. Although sometimes the mainstream media report this phenomenon, so far there’s no effective action being done against it and “there’s never been a state-by-state analysis of exactly how many babies and toddlers are being drugged, using taxpayer dollars (MEDICAID)”. Based on CCHR’s findings, the states using MEDICAID funds include Georgia (177,469 children), Pennsylvania (150,250), Illinois 74,635, and Utah (46,241). CCHR’s report also added:

“For Missouri in 2014, for example, there were 24,388 children, in or out of foster care, who were receiving public mental health services (meaning they were likely on one or more psychotropic drugs.) Total foster care drug costs have averaged roughly $16 Million per year in Missouri. More than 30 percent of Missouri’s roughly 13,000 Medicaid foster children per month are on at least one psychotropic medication, with 20 percent taking two or more psychotropic medications at the same time.”

It’s clear that the reckless prescription of these dangerous drugs, which started decades ago, is worst and very unfortunate. In addition, the Child Protective Service (CPS) and other agencies can charge parents with “Medical Neglect” if they refuse to medicate their child/children with these potentially life-threatening drugs. The irony is that it is now a common knowledge for almost all psychiatrists that these drugs are not really a cure. They also know that “there are no medical tests to confirm any psychiatric diagnosis as a medical condition” as they are “utterly and completely subjective—based solely on a checklist of behaviours”.