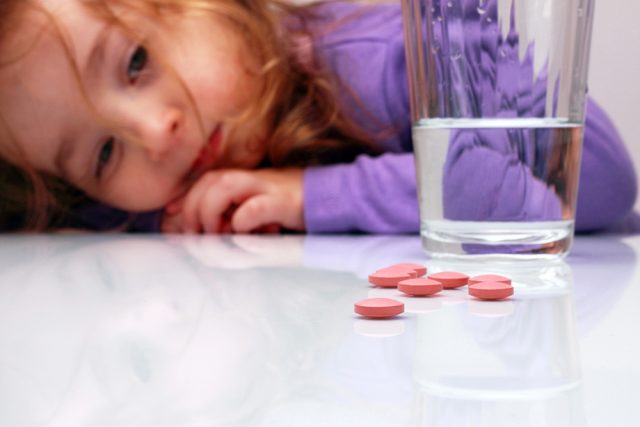 In December 2020, the Citizen’s Commission on Human Rights (CCHR) reported that around 508,000 babies and toddlers (aged 2 to 5) are “being given harmful psychiatric drugs” in the US alone. This is way too many and no sane or healthy-minded society would allow this to happen. Unfortunately, this is happening and it’s a huge challenge not only for parents but also for sincere mental health advocates who are really aware of the real motives of big pharmaceutical companies producing these dangerous drugs and the government agencies that allow and protect them. Because the truth is, psychiatry is not only their efficient tool to extract profit but also to maintain their control over society.

But you will ask: why do pharmaceutical corporations want to control society? It is because these companies are owned by the wealthiest people or elite who are also involved in what some people call the “deep state” or the “shadow government”. These are super-rich entities who are actively contributing to global population control or to the eugenics agenda using the medical establishment as a tool while also safeguarding the earth’s resources exclusively for their own interests. So in this way of undermining the young generation, they can assure no one can compete against their power in the future. So the way of ensuring success for this agenda is by starting at the early stage; this is a strategy of the entities behind this sinister scheme.

Last year, for example, Australian mental health institutions proposed a “screening” of zero to three (0 to 3) years old children “for current or future” mental health issues, according to CCHR. The Draft Report of the inquiry states that “despite the rising expenditure on healthcare, there has been no clear indication that the mental health of the population has improved.” Clearly, it means that psychiatric treatments in Australia were not working because the institutions who conducted the inquiry concluded that more funding is needed “to expand the programs”. Regarding this, CCHR wrote:

“The Draft Report reveals that the real reasons behind the failure of Australia’s mental health system were not adequately investigated. Instead of addressing the complete lack of efficacy of psychiatric treatment and the clear evidence of the potential harm that psychiatric drugs can potentially cause, the inquiry seems to have been side-lined into proposition that the failure of current system is to do with lack of funding. Instead of tackling relevant issues such as complete lack of scientific testing behind psychiatric disorders, we are told only more funding and more subjective mental health screening will fix what is broken.”

Scrutinizing on the report, CCHR also found out that the diagnosis of children is based on the manual “Diagnostic Classification of Mental Health and Developmental Disorders of Infancy and Early Childhood” which references the DSM. One of the institutions involved, the Australian Association for Infant Mental Health, suggests that normal things, or perhaps cases that have other underlying causes, such as sleeping difficulties, hyperactivity, losing track of toys, and tantrums could be “signs of mental disorder”. However, the irony is that even psychiatrists themselves cannot prove that these are really disorders because there are no real tests for such things using x-ray, urine test, blood test, scan, or any other concrete basis for diagnosis. All of these tests are subjective and not really scientific yet will be required multiple times for babies and toddlers. And despite no valid evidence, these Australian mental health agencies, mostly with conflicts of interests, “are proposing to move full steam ahead with the screening proposals accompanied with more demands for money”. CCHR continued:

“As early as 2010, the Royal Australian and New Zealand College of Psychiatrists who had 8 drug companies support their activities in 2017, were promoting that a, “significant number of infants, children and adolescents experience some form of mental illness,” and were recommending all infants were screened to identify early symptoms of mental illness.

Conflicts of interest between psychiatrists, mental health support groups and pharmaceutical companies is an area which drives up the use of psychiatric drugs. Conflicts were not covered as a reason for the soaring costs with no results and increasing harm in the Draft Report.”

CCHR also found out that psychiatric abuse in Australia, under the guise of treatment, was not investigated. They claimed that as of December 2019, there were 1,907 deaths linked to these dangerous drugs, particularly antidepressants and antipsychotics and that Medicare funded 36,792 electroshock “treatments”; a process which can cause brain damage such as “permanent memory loss, cardiovascular complications, and death”. They also found that there are increasing numbers of suicides recorded. Sad to say, all of these alarming things happening seems not to raise concern to Australian authorities and citizens.

Another worrisome possibility here is that this situation will not only happen in countries like Australia; it will spread beyond the Western world if left unchecked. Mainstream sources such as WebMD.com, ScienceDaily.com, BabyCenter.com, SPDLife.org, MindDisorders.com, and Parents.com have already published articles affirming to ideas that pathologize normal behaviors of young children or babies. For example, one website published an article entitled “15 Signs the Baby Has Mental Health Issues” in which the author cited the websites mentioned above as sources. And in that article, the author suggests that children who are displaying normal behaviors such as “not giving or maintaining eye contact, oversensitive, over-responsive”, etc. are most likely suffering or at risk of mental illness. The author also added that “parents who are abuse survivors” and “parents who suffer from mental illness” themselves will most likely have children with mental health disorders. However, the author stated (again subjective):

“Unfortunately there are no specific tests that can be performed for a definitive diagnosis – this can only be reached by a combination of observation, interviews and presenting symptoms.”