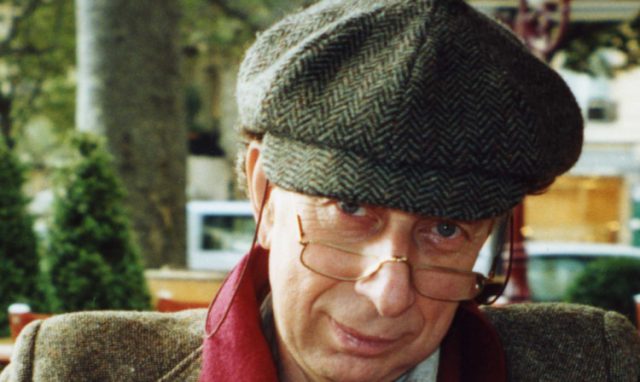 Imagine a doctor who’s written more than 100 books and sold two million copies in the UK and works have been translated into 125 languages. That’s Dr. Vernon Coleman! Also known in his Youtube channel “The Old Man in a Chair” in which he talks about many important stuff regarding health, science, and politics and the politics of health and science. He is also one of the most important voices exposing this coronavirus scam and he has talk about many of related topics and news in his Youtube channel. Dr. Coleman openly states he doesn’t accept advertising or sponsorships for his works. Using his medical degree with integrity and intellectual valour, Dr. Vernon Coleman has produced important pieces to the coronavirus puzzle. Directly responding to the call of our time, his book entitled ‘Covid-19: The Greatest Hoax in History’ and booklet called ‘Proof That Face Masks Do More Harm Than Good’ have been banned in many different platforms. As written on his website:

“Sunday Times bestselling author Vernon Coleman has written over 100 books which have sold over two million copies in the UK alone. His UK publishers include: PAN, Penguin, Corgi, Arrow, Star, Mandarin, Macmillan, Century, Thames and Hudson, and Sidgwick and Jackson. His books have been translated into 25 languages and sell in over 50 countries. His novels include Mrs Caldicot’s Cabbage War (which has been turned into a film starring Pauline Collins, Peter Capaldi and John Alderton), Mrs Caldicot’s Knickerbocker Glory, The Man Who Inherited a Golf Course, The Village Cricket Tour, Deadline, Paris in my Springtime and It’s Never Too Late? His books on cats include Alice’s Diary, Alice’s Adventures, Cat Fables, Cat Tales and We Love Cats. His medical bestsellers include Bodypower, Mindpower, Food for Thought, How To Stop Your Doctor Killing You, Superbody and Coleman’s Laws.

The global bestseller Bodypower was voted one of the top 100 books by British readers. His books on politics include England Our England, Living In A Fascist Country, Gordon is a Moron, The OFPIS File, What Happens Next? Oil Apocalypse, and 2020. He has also written The 100 Greatest Englishmen and Englishwomen and the Bilbury series of books. He has also written a series of diaries which started with The Diary of a Disgruntled Man. All are available as paperbooks and ebooks on Amazon.”

Dr. Coleman started to write prophetic yet pragmatic medical books during the 1970’s with his ‘The Medicine Men’ and ‘Paper Doctors’, the two ground-breaking titles which revealed so many frightening facts about pharmaceutical companies, the corruption of some doctors, and the bastardization of science especially on the field of Research & Development. As described in his website:

“In The Medicine Men (1975), Vernon Coleman drew attention to the dangerously close relationship between the medical establishment and the pharmaceutical industry. In Paper Doctors (1977) he argued that most medical research is done for the benefit of researchers (and drug companies) and that the money would be better spent on using the information we already have and encouraging the public to avoid known health hazards.”

Dr. Vernon Coleman is a Sunday Times bestselling author even though he writes without biases and financial interests or commitments to any drug company. Hated by the few but more importantly, loved by many in the health and truth movement, Dr. Coleman, like Dr. Andrew Kaufman, Dr. Thomas Cowan, Dr. Wolfgang Wodarg and many others, is a very important doctor to listen to today, especially in the issue of COVID scandal and other related topics. His essential thoughts and experiences in the medical field and his books matter so much to our time and as much as we raise the same questions that he raises, we can change the trajectory of the overall healthcare system and we can also change the way people look at health; therefore continuing the chain of awareness to responsibilities which inspire wonderful actions for the present and the future. In between these different types of layers, Dr. Coleman is present to share his visions, calculations, observations, and conclusions.

Another fascinating fact about Dr. Vernon Coleman is that he is a pioneer in organizations dealing the many important issues on health and the health industry. In 1996, he’s written the international bestselling book entitled ‘How to Stop Your Doctor Killing You’ and in that book, Dr. Coleman did a great job in explaining to his readers the many issues surrounding consumer health; along with many other things that people need to learn such as chemicals, GMOs, drugs, vaccines, cancer, electromagnetic radiation, diseases, and how deep the corruption in the medical establishment goes. According to him in one of his Youtube videos:

The problem here and the message is that doctors prefer almost any solution than the awful one that a patient has been made ill by a side effect because that means that it’s their fault and doctors don’t like admitting to having have made a mistake because of the moral and legal overturns. And so, here’s the message; Coleman’s first law of medicine: if you’re receiving treatment for an existing disease and you develop new symptoms then, unless proved otherwise, you should assume that the new symptoms are cause by the treatment that you’re receiving for the old one.”

As a veteran whistle-blower, Dr. Vernon Coleman knows so much what he is talking about. He’s speaking about the same things since decades ago, foretelling the possible impacts of certain medical administration or practices, including the toxicity of popular psychiatric drugs called benzodiazepine. Dr. Coleman is also among the first doctor who wrote about the possible carcinogenic effects of mobile phones, the dangers of drug residues in tap waters, the adverse health impacts of genetically engineered food, the drug resistant infection caused by antibiotics, over-diagnosis and the psychiatric drugging of children, the exploitation and fraudulence within the HIV/AIDS scientific establishment, among many others. In short, Dr. Vernon Coleman is one of the most prolific physician activists who dedicated his whole career in giving real and honest medical information to the public.

Finally, regarding the coronavirus scam, Dr. Coleman stated in one of his videos:

“There was never any need to protect hospitals because there was never going to be a tsunami of patients needing treatment. Right at the start it was clear that the coronavirus that was the centre of attention was not going to be any more of a threat than a fairly bog standard flu bug. Anyone with more than two brain cells to rub together could see that.”

To learn more about Dr. Vernon Coleman, go to this link: