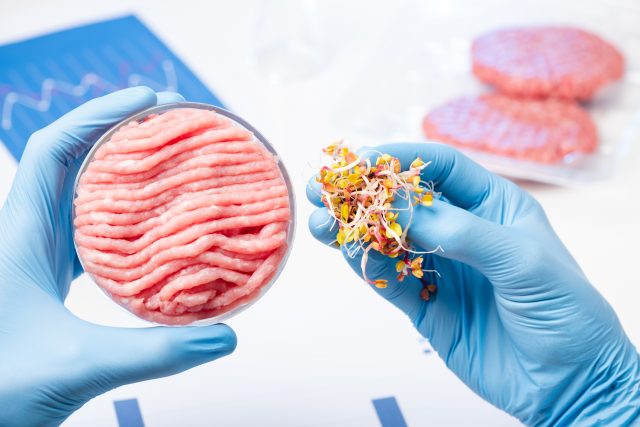 As the company Impossible Food seems getting its momentum in reaching the food market triumph, currently serving 3,000 locations for their “impossible burger” alone, popularity of these so-called “healthy meat-less alternatives” are also becoming wider as people now started to understand the importance of being conscious on their diet. The question being raised by some, however, is that: are these choices really healthy?

When you investigate today you will be surprised to learn that, assuming you’re not yet familiar, it’s now possible to have these “plant-based” products delivered at your doorstep. What they already have right now, for example, is the “meatless burger”, “impossible sausage”, and “eggless egg” and the companies producing these types are Beyond Meat and Just Egg. But since we already talked about these “impossible patties”, let’s just discuss Just Egg right now.

So according to their own description:

“Similarly to Beyond Meat and Impossible Foods, Just Egg is composed of plant-based proteins. Mung bean is the main ingredient, though onion is also included for flavoring and carrots and turmeric are added to give Just’s Egg its egg-like yellow glow.”

The main ingredient of this plant-based egg is mung bean; a bean native to Asia that is also staple and very nutritious. “Mung bean provides Just with a characteristically eggy texture”… according to the manufacturer of this unbelievable invention. Meanwhile, they continued to explain:

“Like eggs, Just contains a fair amount of protein — 5g per serving — but has no cholesterol. These “eggs” aren’t just for vegans; they could be for egg-lovers who need to cut their cholesterol intake. The eggy stuff is also for those who want to lessen their environmental impact, according to the company.”

As written on Just Egg’s website, for less than $8, you can order a bottle of Just Egg at almost any grocery store nationwide. So since it is basically a fake food like the “synthetic meat”, this plant-based “eggless egg” also has chemical ingredients such as nisin, transglutaminase, and tetrasodium pyrophosphate. These strange names are not so much known by many consumers but just a quick search on the internet, it’s not really difficult to tell if they pose  health threats or not. For example, this so-called synthetic meat has been around for quite a while and yet we don’t hear so much about transglutaminase (TG); so what is TG? According to Kate P of delishably.com:

Manufacturers don’t have to tell you which method they’re using, what type of animal plasma was used (cow, pig), or anything else that most of us would like to know more about…”

Usually, meat glue or TG is used for so-called imitation food such as synthetic crab meat, fish balls, nuggets, etc. as it binds the pieces and mixtures together, including mixtures for sausages and hot dogs. In addition, autolyzed yeast (as flavour enhancer), bleached white flour, food dyes, artificial flavourings, copper sulphate, dextrosed and corn syrup solids are also used in TG production. TG is a major breakthrough in the food industry as it can make everything from steaks to shrimp noodles and the so-called “plant based” egg and it can also be used to thicken yogurt and cheese products while it can also cater the vegetarian and the vegan market. Though approved and classified by the Food and Drug Administration (FDA) as “generally recognized as safe” (GRAS), there are still problems with TG such as bacterial contamination, gluten allergy and celiac disease. As written in the same report by Kate P:

“In addition to an enormous increase in the likelihood of bacterial infections and food poisoning, there’s a potential link between consumed TG and common diseases. Though not directly linked to consumption of transglutaminase, there’s an increased risk to people who do not regulate the enzyme properly. For example, when TG is not properly regulated in the body, it’s associated with plaques in the brains of Alzheimer’s, Parkinson’s, and Huntington’s Disease patients; in the development of cataracts in the eyes; arteriosclerosis (hardening of the arteries); and various skin disorders.”

Meanwhile, the other chemical used to produce this synthetic meat is TetraSodium Pyrophosphate. A colorless granular or powdery substance, it is used as an emulsifier, buffering agent, sequestrant and a texturant. Specific products that have this as a main compound are cheese, ice cream, chicken nuggets, pastries, cakes, marshmallows, imitation crab meat, canned tuna and soy-based meat alternatives. The list of short-term possible effects of TetraSodium Pyrophosphate includes visual disturbances, vomiting, nausea, diarrhea, skin problem, and body mineral depletion. And on the long term, experts warn about kidney damage, toxin build-up, and other organ harm.