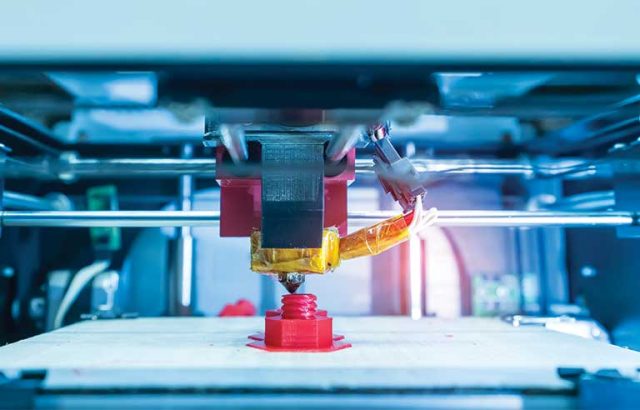 Right now at the internet, you can order a 3D printer very easily with prices ranging from 100 USD to 300 USD or, the expensive ones which usually cost around 1,000 to 3,000 USD or more. However, users of 3D printing technology should be extra careful because of its undisputable health hazards caused by, as found in various studies, ultrafine particles (UFPs) and volatile organic compounds (VOCs); things which are extremely risky to a person’s lungs, most especially in a not well ventilated facility. Many of these by-products are also possible carcinogens and they can cause serious irritation to some of our body organs. Because of these health issues, some organizations who conducted studies have published safety guidelines especially for schools to help people minimize or avoid the harms.

It’s alarming how we the public poorly understands the implications of having massive availability of 3D printer, not only in schools but most especially in private residences particularly places without proper ventilation system. Hopefully, a truly rational and scientific approach to this issue will come and formulate a resolution that really makes sense; solutions that come from sincere individuals, professionals and laymen, from the bottom up to the top of the grassroots and not just from the industry only. But unfortunately for now, for some people 3D printer is thought as only a toy that is fun to use, producing whatever comes to mind; unknowing that aside from the fact that it emits harmful air from different sorts of toxic chemicals, it will also contribute more pollutions if used excessively and incorrectly. The first study to measure airborne particle emissions from desktop 3D printers, conducted in 2013, found that 3D printers are “similar to burning a cigarette or cooking on a gas or electric stove”. According to Tech Republic:

“While heating the plastic and printing small figures, the machines using PLA filament emitted 20 billion ultrafine particles per minute, and the ABS emitted up to 200 billion particles per minute. These particles can settle in the lungs or the bloodstream and pose health risk, especially for those with asthma.”

So since it’s impossible to stop this technology, another question is how do we limit people, industries and individuals, on their plastic production? Of course even during the time when we don’t have this technology, humans have been so religiously dependent to the system that produces these total excess of plastics; most of which end up on landfills as they don’t biodegrade while consumerism-driven politics continues to perform at the circus full of clowns that are actually social parasites and pathological liars pretending to care enough for solutions. In addition, there is no doubt that 3D printing or additive manufacturing (AM) will have so many benefits to offer to humanity if used wisely, therefore we must think how can we make sure things like “proper regulation”, recycling, and other ethical issues will be effectively implemented or met?

One obvious solution of course is society’s direct involvement in decision making and the process or management for the market and the use of this technology. And now, since bioprinting is starting to appear on the horizon and seems very promising and given it directly involves life so therefore discussions of ethics are now needed to spare the public from both health hazards and environmental damages. As foretold, again, by Tech Republic back in 2014:

“Organovo is printing liver cells as well as eye tissue cells in a partnership with the National Eye Institute and National Center for Advancing Translational Sciences. Scientists have also proposed mixing human stem cells with canine muscle cells to create enhanced organ tissue. Printing cartilage is still the most realistic type of bioprinting, and printing whole organs is still many years away, but 3D printing is growing in medicine quite rapidly. Conversations about the moral, ethical, and legal issues surrounding bioprinting have started, but they will inevitably cause a lot more controversy as it becomes more commonplace.”

Obviously, there are so many concerns when it comes to the issue of ethics regarding this technology, most especially when it comes to the bioprinting aspect. It is undeniable that AM can enable us to produce things that are helpful and useful and people needing artificial body organ to regain their ability to survive and function normally in the society will have another option to do so. In fact, as of today AM in medicine can now print artificial bones and muscles for knee or hip replacements that usually last for 15 years. It now has the capacity to use 3D printed titanium bone implants for spinal conditions, for example, or even prevent paralysis. It can also 3D print rib cages that can be used as replacement for organ protection. But aside from these necessities for medical care, we’re already using it with food and soon, companies will be able to perfectly produce 3D printed buildings, vehicles, boat, and other stuff we usually use. So again the question is, how do we deal with these changes especially with the digitization of almost anything?

The fine dust from the machining process that can cause a chronic lung condition to mold makers, called berylliosis, is known as beryllium. Workers exposed to beryllium copper wear N95 masks to protect their breathing from these fine particles. Unfortunately, this type of hazard is similar to what we can have from 3D printing machines. And since its use is increasing, both in home and in school settings, manufacturers and other concerned sectors should now step in and raise the important matters for better usage and management of this technology. Indeed, that’s what Chemical Insights did, with the help of researchers at Georgia Institute of Technology. On the 3D printing toolkit that they’ve created for schools, entitled “3D Printer School Safety: A Guide for Supporting Indoor Air Quality & Human Health”, here are some of the warnings, instructions, and reminders:

“Avoid standing near a printer or hovering over it while it is in operation; set the nozzle temperature at the lower end of the suggested temperature range while maintaining print quality; buy printers and print media that have been tested and certified to produce low emissions; use filaments or print media specifically recommended for the printer by the manufacturer.”

Meanwhile, heeding to these concerns, the National Institute for Occupational Safety and Health (NIOSH) has more suggested measures for operating a 3D printer. These are:

“Installing high-efficiency HEPA filters near printers; using ventilated enclosures; placing the printer under a fume hood or near a vent that exhausts to the outside (similar to what machine/mold shops do in their graphite milling departments); using PPE such as safety glasses, face shields, lab coats or overalls and even considering the use of respiratory protection equipment, when appropriate.”