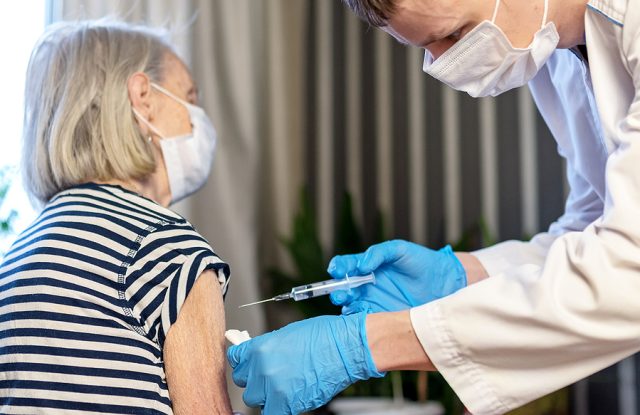 Following the deaths of 23 elderly people in Norway, Chinese health experts called on all countries to suspend the use of mRNA vaccines; warning that this shouldn’t be administered to people especially to elderly of above 80 years old because of “safety uncertainties” and that “people over 80 years old have a weaker immune system and are more prone to adverse effect”. This urgent call is not only for Pfizer-BioNTech and Moderna COVID vaccines but also for other mRNA-based vaccines as, according to a Chinese immunologist who requested anonymity during a correspondence with Global Times last month, “its safety had not been confirmed for large-scale use in humans”.

Meanwhile, about 60% of nursing homes staff and employees declined vaccination and about 20% of residents have also refused to have the shot, according to Walgreens itself, the second-largest pharmacy store chain that operates in America behind CVS Health. Walgreens, along with CVS Health, is chosen by the federal government to implement the vaccination program in nursing homes and long-term care facilities in the US. According to Rick Gates, the senior vice president of Walgreens:

“We were seeing vaccine hesitancy, particularly among those that work in these facilities (long-term care facilities), that was higher than we expected.”

Yesterday, ABC 8 News also reported that “thousands of U.S. service members are saying no to COVID-19 vaccine”. The report, however, states that the soldiers’ refusal was due only to “internet rumors” therefore commanders just need to “find the right pitch” that will convince troops to get the jab. This happened despite the fact that officials have put out big efforts to convince the soldiers to get the shot; spreading the generally held yet scientifically fallacious argument, meaning completely without valid proof, pushed by big pharma-bought scientists with hundred percent industry-serving interests, that vaccines are “safe and effective”. According to the report:

“Service leaders have vigorously campaigned for the vaccine. They have held town halls, written messages to the force, distributed scientific data, posted videos, and even put out photos of leaders getting vaccinated.”

The US Navy also plans to make the shot mandatory even though thousands of scientists and health workers around the world have issued a serious warning not to take the mRNA vaccine, as shown by what the Chinese immunologist did last month. According to the commander of Navy’s 2nd Fleet Vice Adm. Andrew Lewis:

“I can tell you we’re probably going to make it mandatory as soon as we can, just like we do with the flu vaccine.”

In addition to the worrisome report from Norway, the VAERS (Vaccine Adverse Event Reporting System) record itself clearly suggests that the soldiers who are refusing the COVID jab have perfectly valid and strong grounds for doing so. This has been proven by the February 13 report by Health Impact News, a highly trusted independent news outlet dedicated to reforming the healthcare system and exposing the crimes of the biggest and dominant drug companies. The Health Impact News report exposed that “there were 12,697 recorded adverse events, including 653 deaths following injections of the experimental COVID mRNA shots by Pfizer and Moderna”. It also added that “as of February 11, 2021, VAERS received 1,170 reports of death among people who received a COVID-19 vaccine”.

According the HIN article mentioned:

The CDC data can be found here: